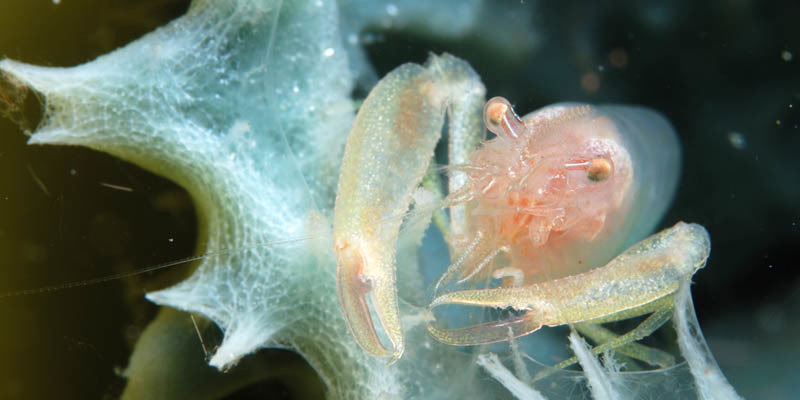 Until death do us part: relationshrimp goals

All Posts
Unexpectedly, some shrimp prefer the cohabitation with other living things, known as symbiosis. Symbiotic shrimp are heavily understudied – for every species of “jumbo” shrimp on your plate, there are dozens of tiny shrimp yet to be discovered living inside and on other animals.

For my Bachelor Research Project I did an internship in the Naturalis Biodiversity Center, Leiden, Netherlands, on symbiotic shrimp under the supervision of Charles Fransen, carcinologist and curator of Crustacea. During this internship I illustrated, described and analyzed multiple species of shrimps and actually got to name two of the new species. I would like to introduce all readers to the wonderful world of the symbiotic shrimps, and I hope you will be as shocked as I was when I found out that there’s so much more than the shrimp on your plate.

There are currently around 40 families of shrimp known to science, with the Palaemonidae being the largest family containing around 1,000 known species. All marine shrimp in the family Palaemonidae are what we call symbiotic species. A symbiosis occurs when two organisms live together, whether negatively like a parasite and its host (parasitism), or a win-win situation like a shrimp cleaning the teeth of fish in order to get food (mutualism). This article specifically addresses commensalism: when a tiny shrimp benefits by finding shelter inside or on another animal, while the other organism doesn’t mind it living there. What makes these shrimp so interesting is that each species has its own specific host. It can range from corals and clams to tunicates and sponges, everything is possible for these small shrimp.

Being highly specialized species also means that there are a lot of different adaptations for each one of them. Most species mimic their surroundings in coloration, but some even take it a step further. Take for example shrimp from the genus Dasycaris that live on corals. Their bodies are not only colored like the host, but also mimic the surface by having evolved exaggerated body structures. Another form of adaptation can be found in the genus Odontonia (described by Fransen, 2002). The Odontonia have evolved to live inside small tunicates – a group of invertebrates which resemble a bag with two openings – where they live between the folds of the internal sacs of the tunicates. This means that the shrimp do not have a lot of space, so they developed to be very small and have a smooth body so they do not get stuck inside their host. 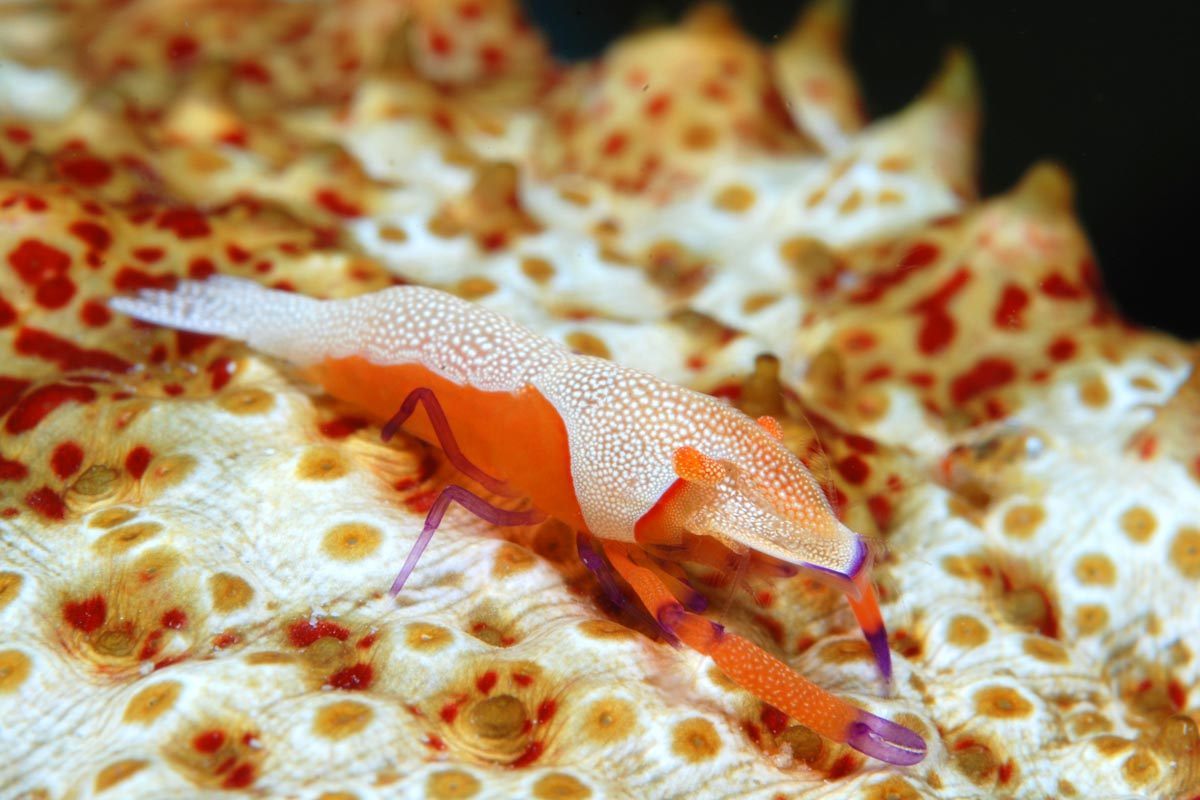 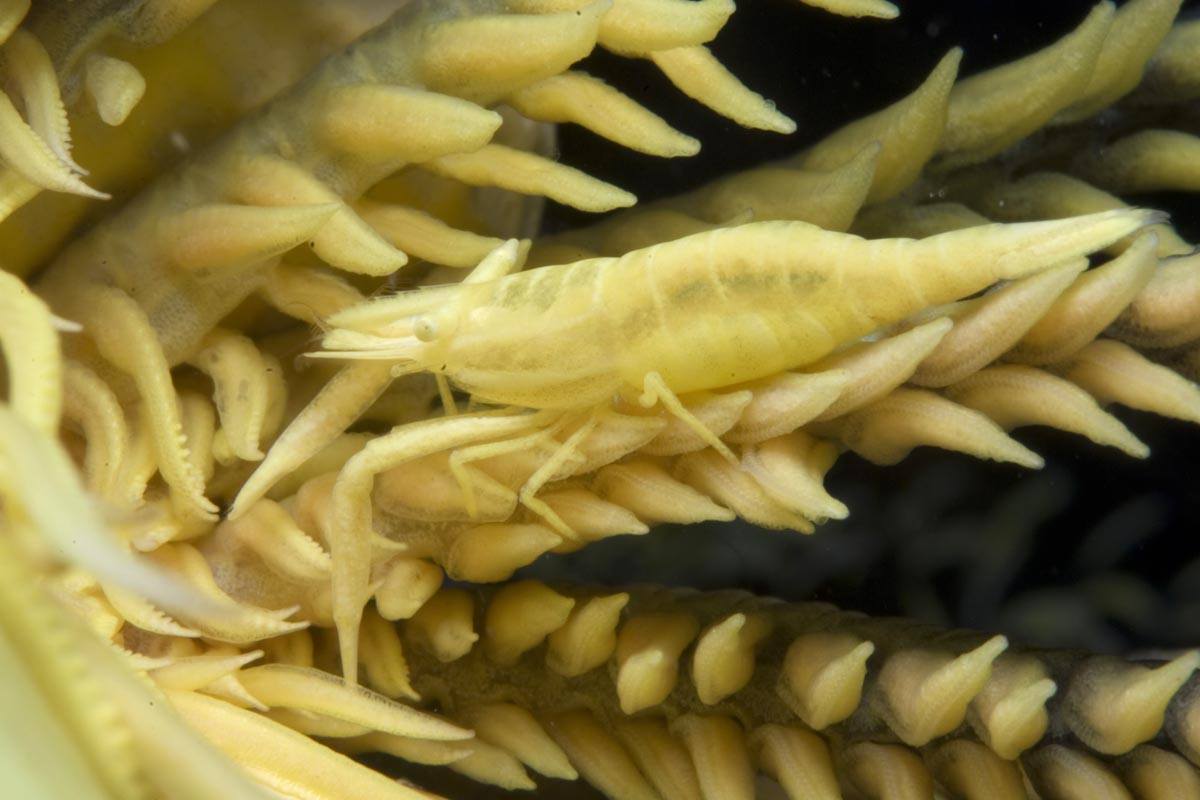 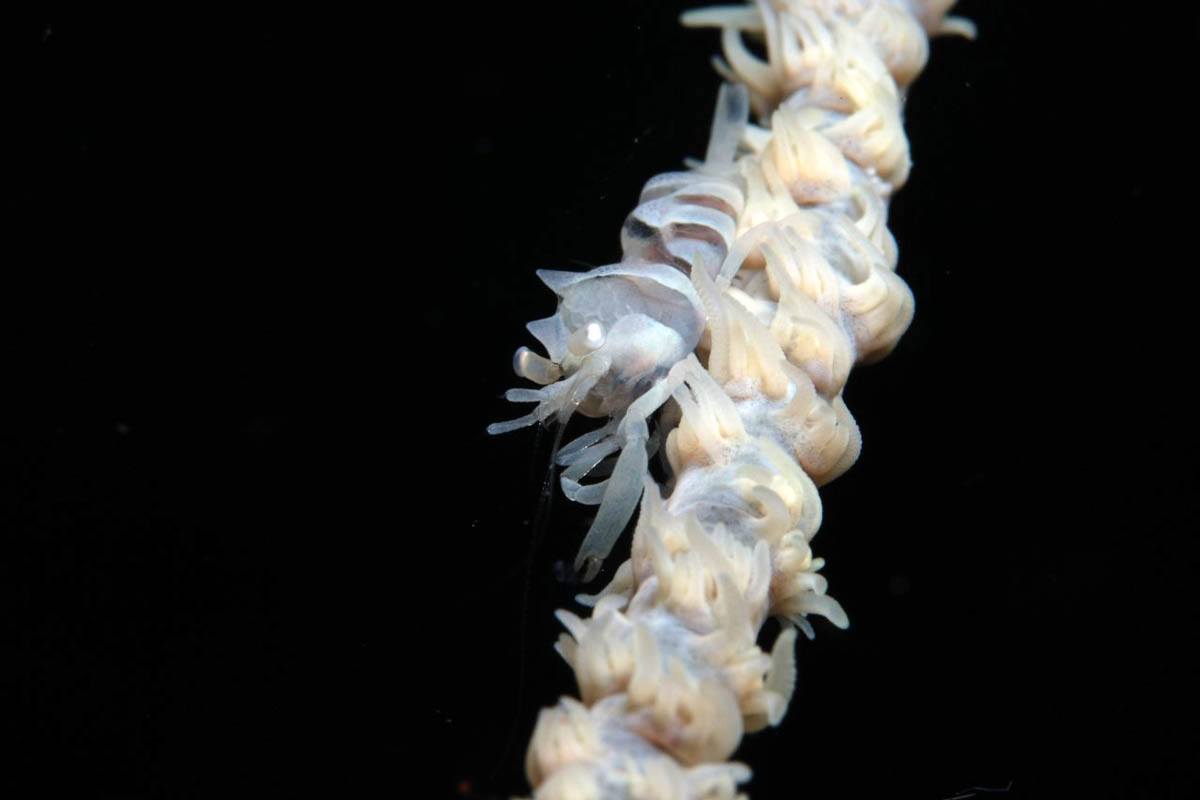 This kind of specialization often leads to the behavior that we call host-switching. Host-switching is exactly what you think it is: a shrimp species jumps from its host to another one, sometimes even to an entirely unrelated animal. For example, a shrimp may decide to move from living in sponges to tunicates. This act might cause the creation of new populations and consequently new species, a process that we call speciation.

Earlier this year, a study was published about host-switching by Horka et al. Here, they compared the DNA structures of 87 species belonging to 43 different genera. Using the resulting phylogenetic (family) tree, the researchers could link all species in the tree with a host. They analyzed if the species was living on or in a cnidarian (sea anemone, jellyfish), echinoderm (starfish, sea urchin, sea lilies, etc.), mollusc (clam, snail, etc.), tunicate, or sponge host. What they found was that not every branch has one specific type of host. For example, shrimp from the genus Periclimenes are known to live on corals, but there are species living in sponges and on crinoids (sea lilies). This means that host-switching must have happened somewhere in the evolutionary line.

Due to the lack of study on these shrimp, the family is still unknown in a lot of ways. We still don’t know anything about how the young planktonic shrimp get inside their host, or how the switching happened in the evolutionary line. In addition, most host groups are often just as understudied as the shrimp themselves. To top it off, collecting the often very small creature can be very tedious. Right now, we are only beginning to scratch the surface when it comes to symbiotic shrimp.

I would like to thank my supervisor Charles Fransen for my wonderful time in the museum, for his help gathering the beautiful photos shown here and of course for checking this article. Sadly I cannot name the new species just yet, but if you are curious on how I named the two new Odontonia species I can tease something: one of them had somewhat hairy feet, so a link to the hobbit was easily made!


Related Stories
Hairy-footed “Hobbit” shrimp found in Indonesia
The ugly-cute little monsters from the dark abyss
Deepwater exploration of the Marianas
The hitchhiker’s guide to the lobster’s face
Chitons can see you
//sulc.us/rv3jk
/articles/until-death-do-us-part-relationshrimp-goals/