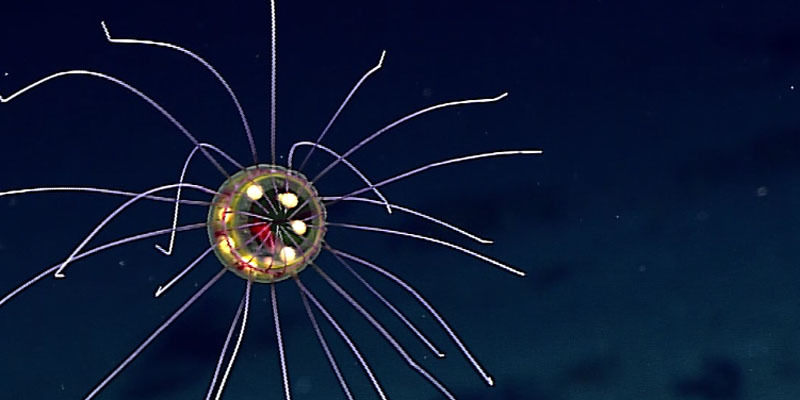 Deepwater exploration of the Marianas

All Posts
Mariana Trench of the Pacific is known to be deepest part of the world’s oceans. As with many other unexplored corners of the oceans, the poorly studied area has so much to reveal to visiting scientists.

Between April and July 2016, the U.S. ship Okeanos Explorer of the National Oceanic and Atmospheric Administration (NOAA) will carry a group of scientists to explore areas in and around the Marianas Trench Marine National Monument and the Commonwealth of the Northern Mariana Islands.

On their fourth dive, April 24th, to Enigma Seamount, the team’s video camera recorded a brightly colored jellyfish at about 3,700 meters (12,140’) under the surface. The hydromedusa, identified to be a member of the genus Crossota, has two sets of tentacles which movements suggest that it’s an ambush predator. This video is among many other media files the team have published so far in their daily updates. The NOAA has also set up a live video streaming for viewers at home to watch. 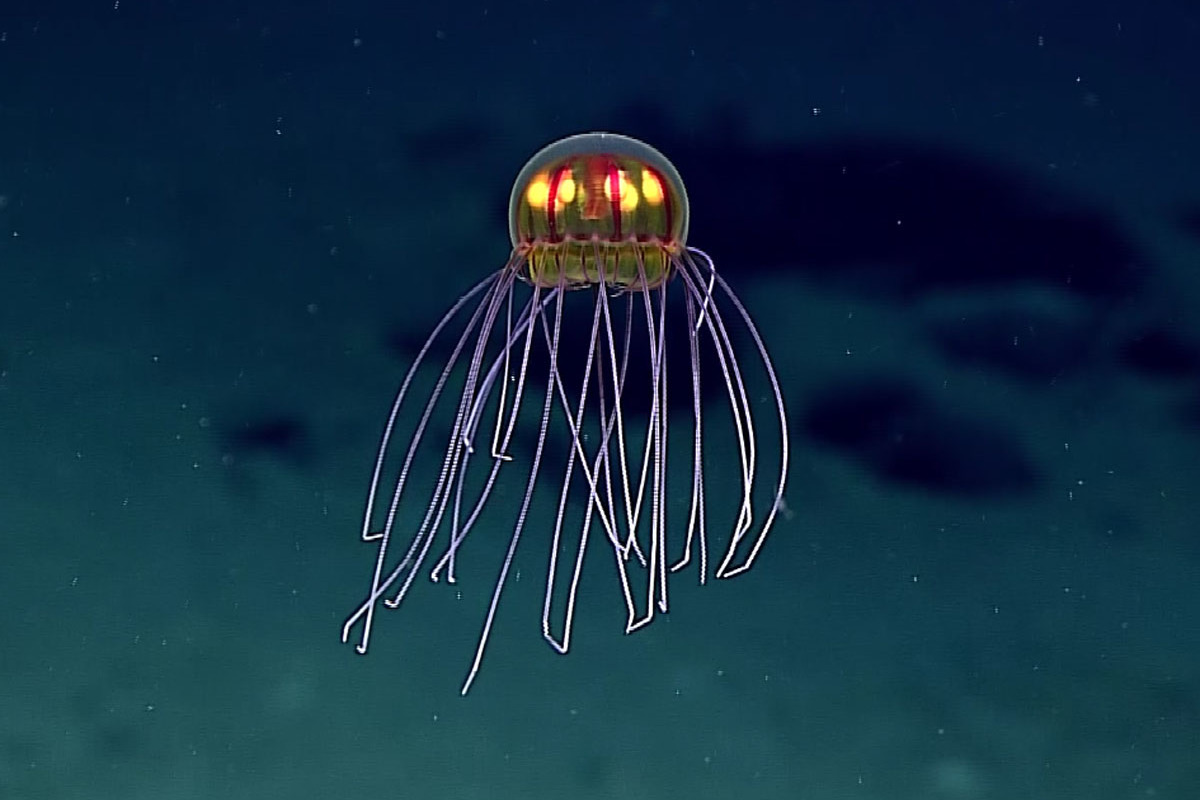 NOAA Office of Ocean Exploration and Research, 2016 Deepwater Exploration of the Marianas 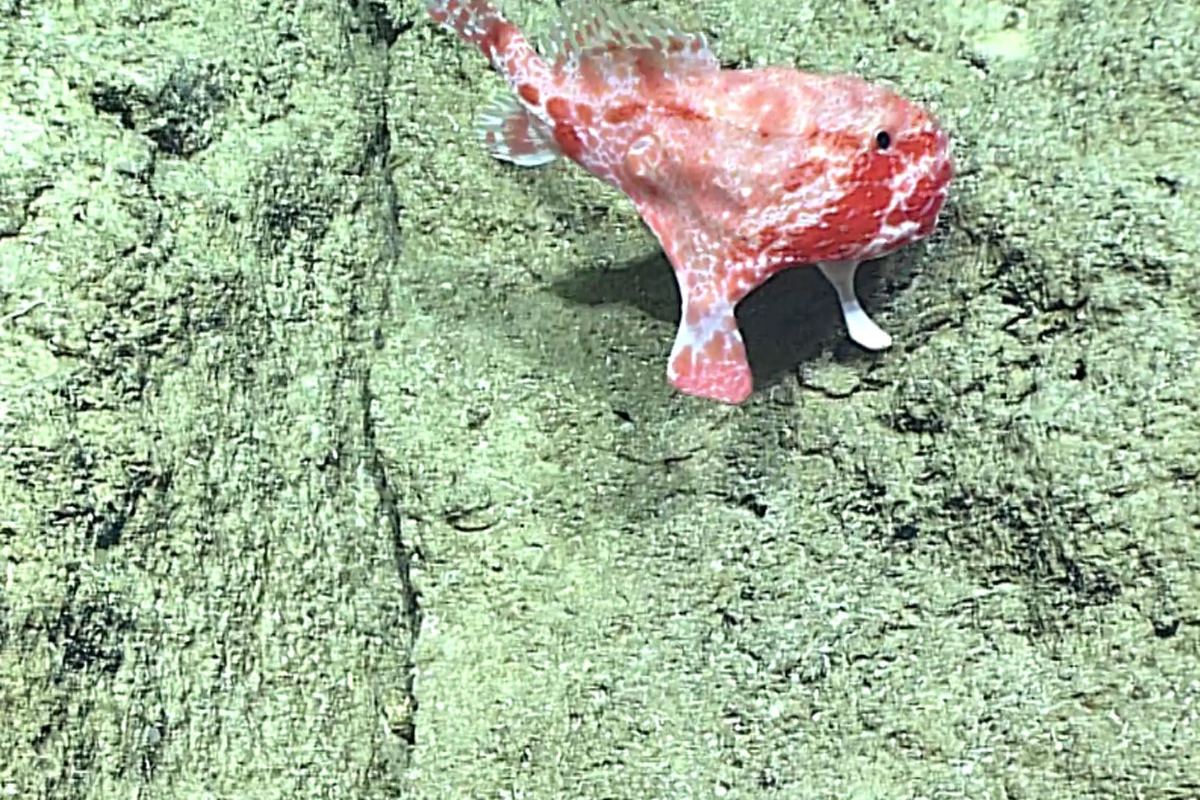 One of the deep sea fish recorded from in second dive at Santa Rosa South
NOAA Office of Ocean Exploration and Research, 2016 Deepwater Exploration of the Marianas 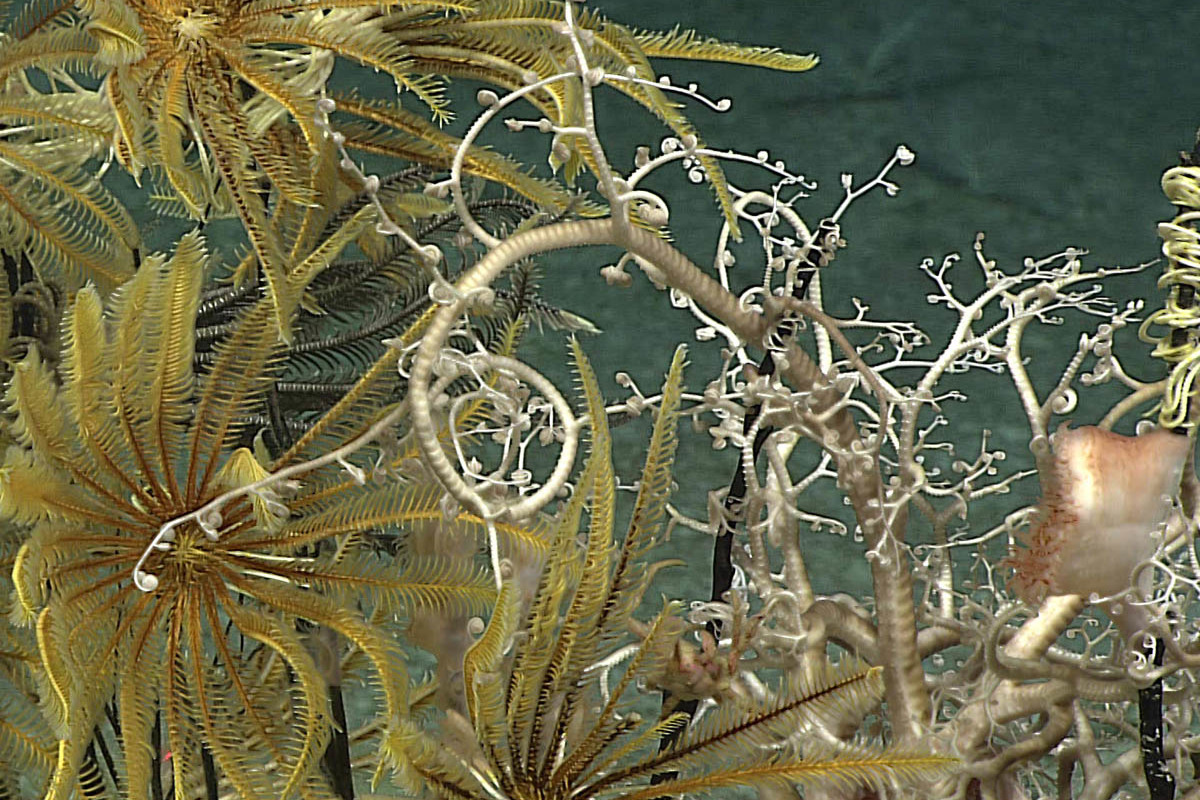 The “Crinoid Christmas tree.” A deceased primnoid coral is colonized here by crinoids, a large basket star, and an anemone
NOAA Office of Ocean Exploration and Research, 2016 Deepwater Exploration of the Marianas