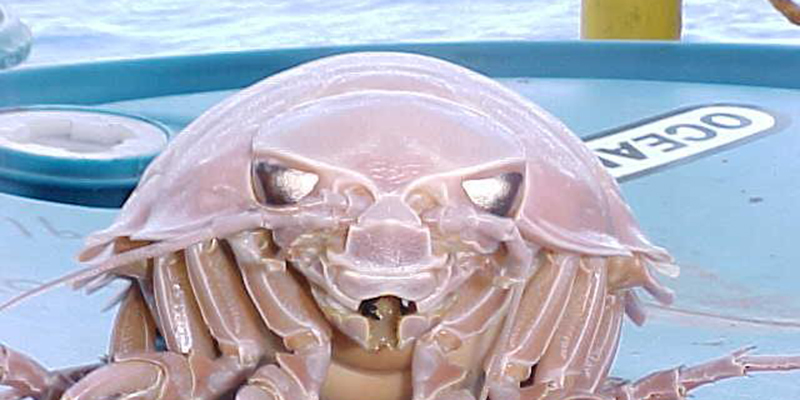 The ugly-cute little monsters from the dark abyss

All Posts
The giant invertebrates of the deep ocean enjoy fame and fortune on the everlasting internet. But no matter how big and terrifying many may be, none will be as adored as much as the one and only giant isopod, the crustacean darling of the deep ocean.

Deep-sea gigantism is a very common trait in animals that live hundreds, even thousands of feet below the ocean's surface. For most of these animals, it is not known exactly what pressures allow for such gigantic dimensions. Among these are rather famous examples like the giant squid. Certainly while most squid are free-swimming and powerful pursuit predators, as footage of the giant squid demonstrates, others sift around the ocean bottom. These are the numerous crustaceans that live at these crushing, abyssal depths. One of the more imposing is the Japanese spider crab, which has certainly been making the rounds online along with the always-popular squid.

Another animal that has become quite an internet sensation is the giant isopod, a rather more innocuous-looking animal compared to the crab, and lacking the giant squid's proud sea monster status. Still though, it is quite a charismatic animal, often called 'ugly' by numerous individuals, a reputation that it may not really deserve. In the scientific community, the biggest species of isopod, the "supergiants" are known as Bathynomus giganteus.

The creature was first described by French zoologist Alphonse Milne-Edwards in 1879, a rather old discovery considering that deep-sea animals are still being described at a massive rate. Reaching about 37 centimeters or so, and possibly even bigger, they are practically titanic in comparison to other isopods, which often live their detrivorous lives overlooked by many. On the whole, most of them lack the internet-breaking powers of the "supergiants," but a fellow isopod, the tongue-eating louse came close by peering out of the mouths of dead fish like an alien from the deep. 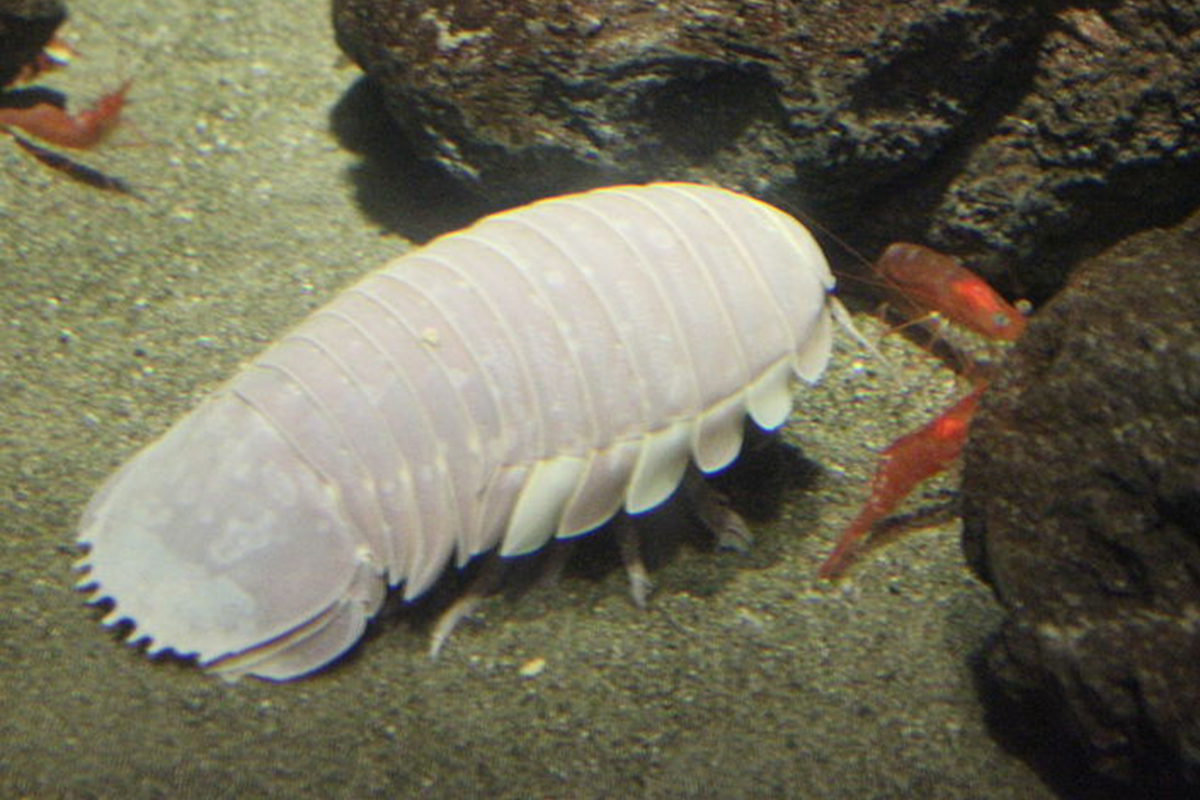 The giant isopod however, managed to be a sensation by simply winning the hearts of regular users rather than scaring them. Up-close they are somewhat alien, with four mouthparts, spiny legs and a pair of massive compound eyes for picking up the slightest pinpricks of light coming into the abyss. They also wave a pair of long antennae through the dark water to aid them in their task. Their hard segmented carapace has a pale baby-pinkish or purplish hue, a lovely, almost pearly color when wet or shined. The giant isopods are also many times more massive than their closest relatives, the land-living woodlice, also known as pill bugs or roly-poly bugs.

Just like woodlice, isopods have a number of legs and segments. Unlike more familiar crustaceans like crabs and lobsters, they do not have massive, crushing pincers to dismember their prey. Perhaps the most publicized image of the giant isopod shows a pair of the creatures happily chewing on the remnants of a bag of Doritos, but don't expect to keep these in your home aquarium any day soon.

While there are plenty of pictures around of scientists and marine biologists holding them in their arms like pet cats of a similar size, the important point here is 'scientists and marine biologists'. The image of one of these unearthly-looking creatures being held in human arms is quite a charming one, and there are a few in captivity, especially in Japan and North America. These animals are always kept under proper conditions mimicking their natural environment. Theirs is the frigid world of the bathyal plain, the flat plains that occur when the continental slope of the ocean floor flattens out, stretching thousands of miles. The isopods normally occur in muddy substrates between a tenth of a kilometer to over two kilometers down, at which depth temperature drops down to 4 degrees Celsius. There are, however, individuals reported from shallower waters.

It is not certain why the giant isopod is so large. Among the theories formulated is the idea that they are this big in order to maintain a high level of body fat in an environment where food is scarce. Those in captivity have existed for eight weeks in between meals. They mostly live alone, acting as scavengers that comb through the ocean floor. As for their family lives, females have a rather intimate and tender manner of protecting their young. Unlike other decapod crustaceans, which go through a free-swimming larval phase as a part of the oceanic plankton, giant isopods brood their offspring in a marsupium or pouch. The young then emerge as miniature versions of the adults and from here onward, they are on their own.

Most of the carnivorous animals of the abyss feed on live prey, but they will always swarm around sunken carcasses. These can range from just a dead herring to something of whale-like dimensions, in which case almost every scavenger in the area will be attracted. An opportunistic carnivore though it is, first appearances are often deceptive. The isopods actually prefer mostly a mix of dead fish, squat lobsters (actually a type of crab), and even prey on deep-sea sponges, echinoderms, worms, cephalopods and a range of other animals. These creatures are even known to be active predators. While most might consider the abyssal plain to be almost azoic, and lifeless, life still exists in relative proliferation, even if it is thinly spread.


Related Stories
Hairy-footed “Hobbit” shrimp found in Indonesia
Until death do us part: relationshrimp goals
The many legged cave dragons of China
She hunts for aliens under the Baikal ice
Release the Kraken!
//sulc.us/g3y9d
/articles/the-ugly-cute-little-monsters-from-the-dark-abyss/