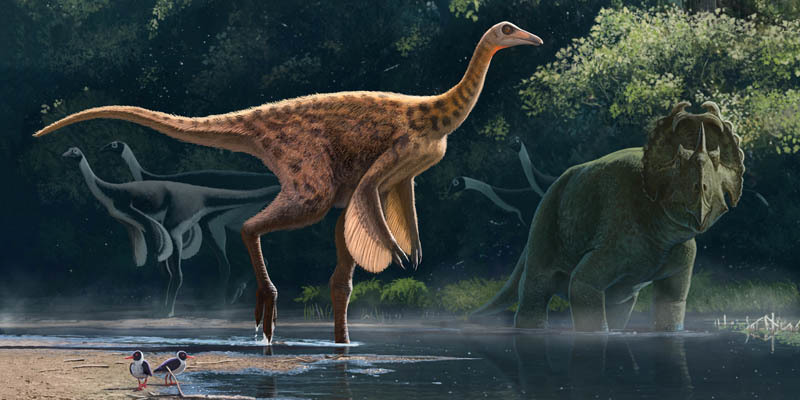 All Posts
A re-examination of an ornithomimid specimen collected in 1934 reveals that it's a previously unknown species.

In September 2016 a team of Canadian paleontologists described a new species of ornithomimid, Rativates evadens, from the Dinosaur Park Formation of Alberta, Canada. The specimen was actually discovered in 1934 by paleontologist Levi Sternberg, and had been originally assigned to the species Struthiomimus altus, but a recent re-eximanation led by Brad McFeeters has demonstrated that it is not a specimen of Struthiomimus, nor any other known ornithomimid species.

The Dinosaur Park Formation was deposited in the late Campanian age of the Late Cretaceous Period approximately 75 million years ago, and is present in numerous locations in western Canada, most notibly, Dinosaur Provincial Park in Alberta. It preserves a diverse and well known assemblage of dinosaurs including predatory tyrannosaurs, duck-billed hadrosaurs, and horned ceratopsians, as well as several species of ornithomimid.

Rativates is based on a single partial skeleton made up of the front part of the skull, a complete left hindlimb, partial right hindlimb, pelvis, and several heavily eroded tail vertebrae. The specimen represents an animal that is smaller than most adult ornithomimids found in the Dinoaur Park Formation. The name Rativates evadens means "ratite foreteller [who] evades." The genus name references the fact that ornithomimids are often caled "ostrich mimics" even though ornithomimids lived millions of years before ostriches evolved so ostriches are in fact mimicing them. Additionally, evadens references both the dinosaur's ability to evade predators and this specimen's ability to evade recognition as a unique species. 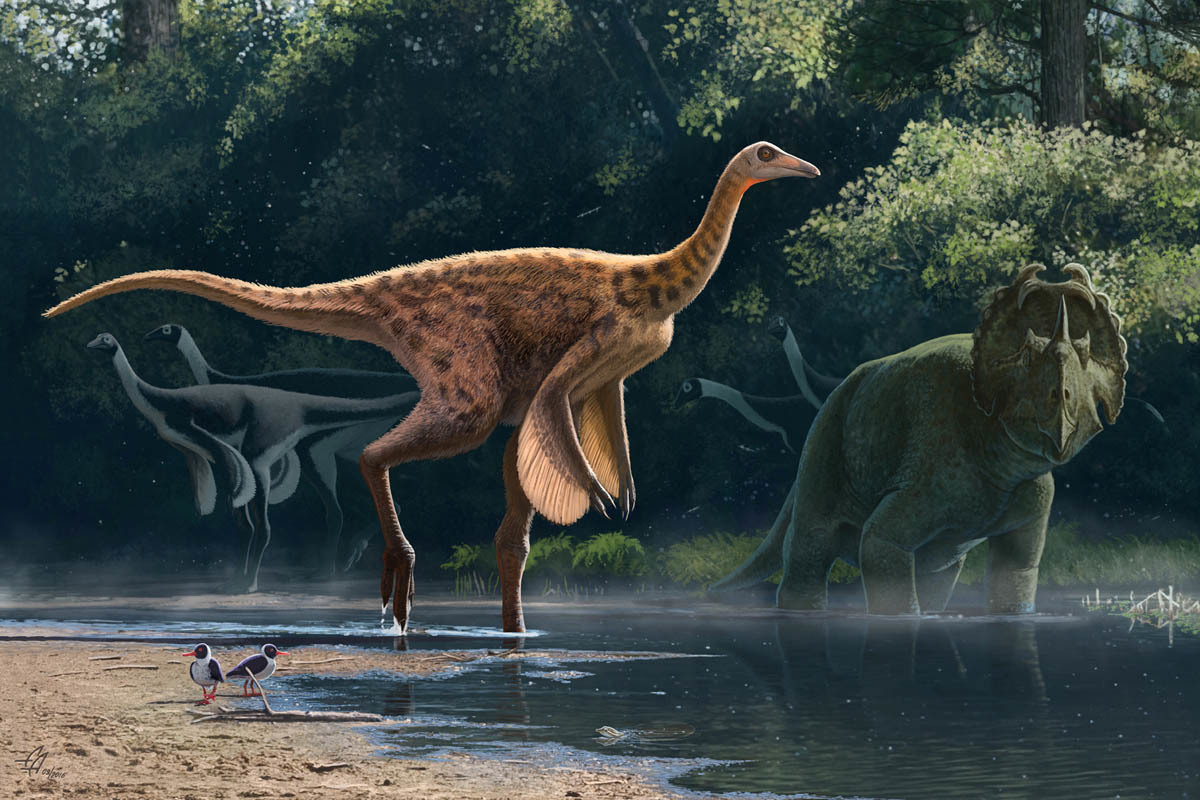 As part of the examination of the specimen, scientists wanted to determine the age of the individual at death. To do this, they placed a very thin slice of the femur under a petrographic microscope and examined the microscopic structure of the bone tissue. When many vertebrates, including dinosaurs, grow they often grow in rhythmic cycles, where growth and bone tissue deposition is rapid in times of plenty, and much slower in lean times. This is analogous to the growth of wood in trees and creates a pattern of alternating layers of dense and less dense bone tissue. The dense bone layers are clearly visible when viewed under a microscope and are known as Lines of Arrested Growth (LAGs). Experimental data from living animals shows that LAGs are deposited once a year. The femur of Rativates shows eight LAGs, indicating that it was at least eight years old at death, and the decreasing gaps between LAGs near the bone's exterior suggest that the animal was nearly fully grown. Although incomplete, the specimen is estimated to have been approximately 3 meters long (10 feet) and 1.5 meters tall (5 feet).

Similarly sized ornithomimid specimens from the Dinosaur Park Formation have fewer LAGs than Rativates. In fact, some of the larger specimens have fewer LAGs than are seen in Rativates. The small size of Rativates coupled with details of the anatomy of the skull, tail vertebrae, pelvis, and feet convinced McFeeters and colleagues that the specimen was not only not Struthiomimus, but not any other Dinosaur Park ornithomimid. The authors conducted a phylogenetic analysis of ornithomimosaurs and found that Rativates was most closely related to Struthiomimus and Ornithomimus, both from North America, as well as Anserimimus and Qiupalong from eastern Asia. Several other Asian ornithomimids like Gallimimus, Archaeornithomimus, and Sinornithomimus, were found to lie outside this clade. The presence of more distant relatives from Asia suggests that the North American ornithomimosaurs arrived in one migration event.

< div>McFeeters and colleagues conclude their study by suggesting that more unknown species may be found by reexemining museum collections. This study increased the number of known ornithomimosaurs from the Dinosaur Park Formation to four.

Original findings published in the Journal of Vertebrate Paleontology