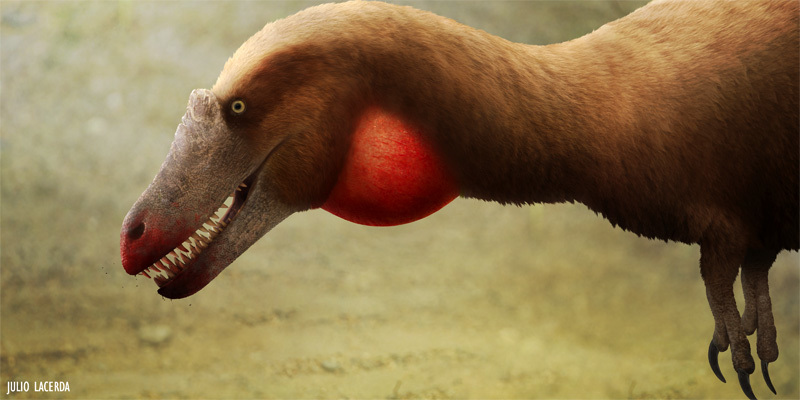 Gualicho - A tyrannosaur mimic from Patagonia

All Posts
Scientists have discovered a new two-fingered theropod from Upper Cretaceous rocks of Patagonia. Despite superficial similarities to tyrannosaurs, a detailed comparison to many other meat-eaters has shown that Gualicho's relationships are more complex.

The rocks of the Neuquén Group of southern Argentina preserve a record of organisms and their environment from roughly 80 to 100 million years ago. They include the famous theropods Giganotosaurus, Megaraptor, and Abelisaurus; sauropods Andesaurus and Argentinosaurus; ornithopods Anabisetia and Gasparinisaura; and the early snake Najash.

In 2007, a team led by Argentine paleontologist Sebastián Apesteguía discovered the partial skeleton of a new theropod from a portion of the Neuquén Group known as the Huincul Formation dated to about 95 million years ago. Apesteguía’s team had jacketed the remains, but could not collect them due to a broken down truck. In the meantime the skeleton was collected by another museum without the discovery team’s knowledge or consent and prematurely given the name “Nototyrannus” in the popular press.

Eventually the skeleton was returned to Apesteguía’s research team, and a formal description was recently published. The new theropod has been named Gualicho shinyae. The generic name refers to a Mapuche demon or jinx, so named because of the ordeal that occurred when the specimen was collected. The specific name honors Field Museum fossil preparator Akiko Shinya who discovered the specimen in 2007. 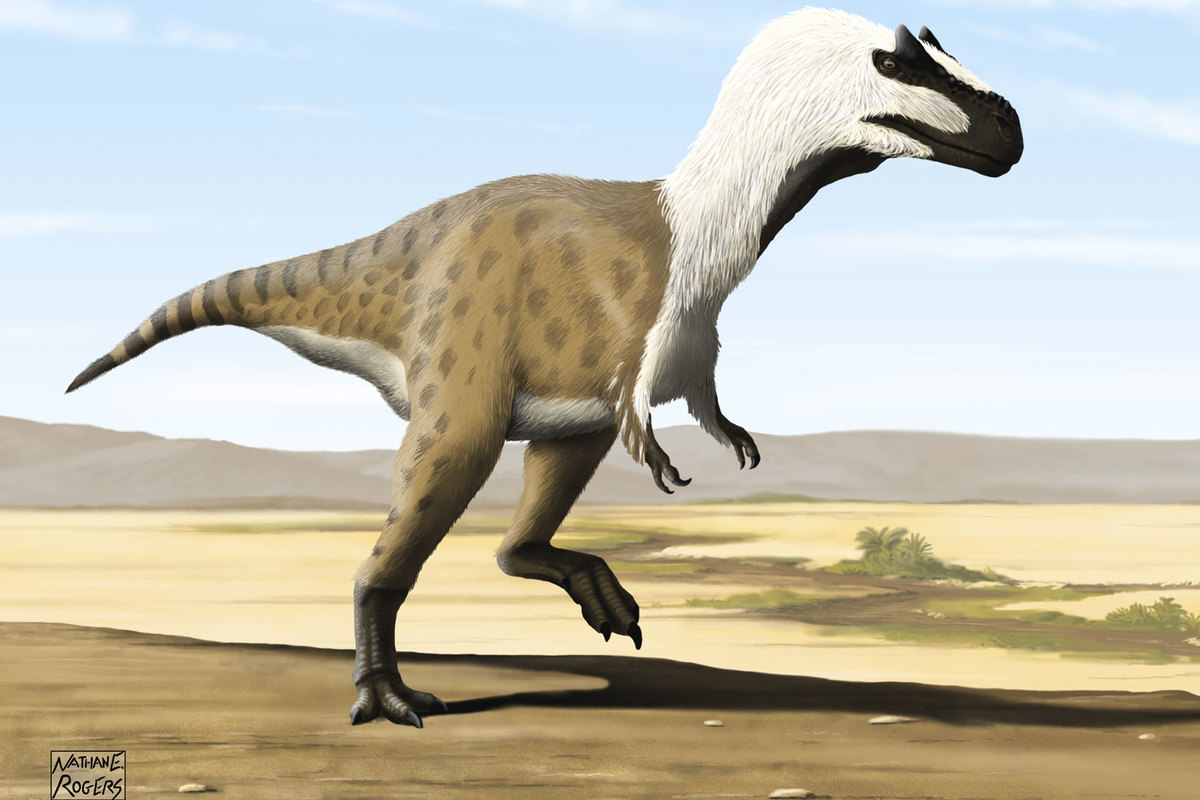 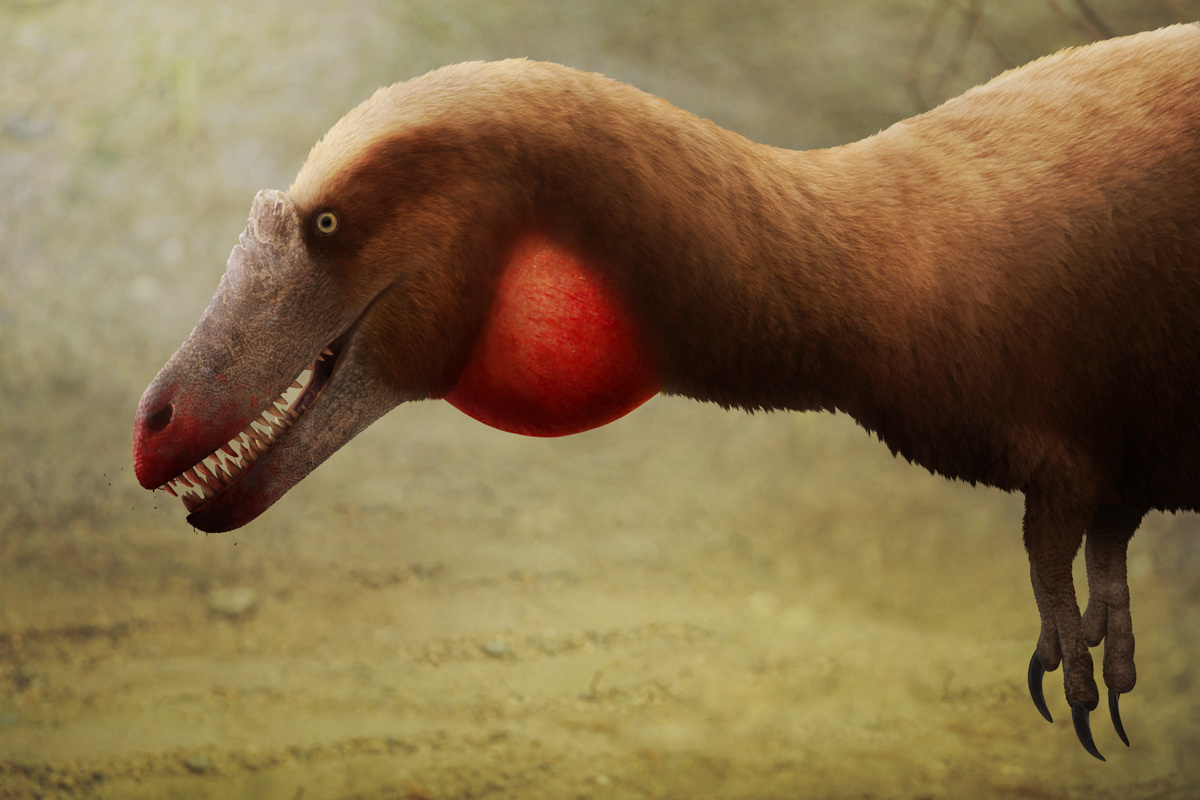 Gualicho is known from a partial skeleton including several vertebrae, the nearly complete shoulder and forelimb, and partial hips and hind legs. Like all theropods, Gualicho was bipedal, and like most theropods it was a carnivore. The total length of a living animal was about 5-6 meters, and it stood about 2 meters tall at the hips.

The forelimb was unique for theropods found in Argentina; it was reduced in size and showed that Gualicho had only two fingers on each hand, reminiscent of the condition in tyrannosaurs. The skeleton has features that are similar to several lineages of theropods including abelisaurs, megalosaurs, and carnosaurs; but a detailed examination of the anatomy is quite unlike what is seen in tyrannosaurs.

The authors tested various phylogenetic hypotheses and found that Gualicho was a member of the Neovenatoridae; a group of medium- to large-sized carnosaurs that lived on southern continents during the Cretaceous alongside closely related carcharodontosaurids, and more distantly related abelisaurs and spinosaurs. Gualicho was most closely related to the enigmatic theropod Deltadromeus, known from rocks of the same age in Morocco. Some members of the neovenatorid lineage have been known for decades, but most have been discovered in the last thirty years.

Neovenatorids are among the last known carnosaurs, a diverse group of carnivores that includes the enormous carcharodontosaurids like Carcharodontosaurus and Giganotosaurus, the famous Late Jurassic Allosaurus, and Middle to Late Jurassic metriacanthosaurids like Sinraptor and Yangchuanosaurus. Additionally, the authors found that megaraptorans, and newly discovered lineage of large but lightly built southern hemisphere theropods from the Cretaceous, were also part of the Neovenatoridae, rather than close relatives of tyrannosaurs as some other authors had proposed.

Original findings published on PLOS One.