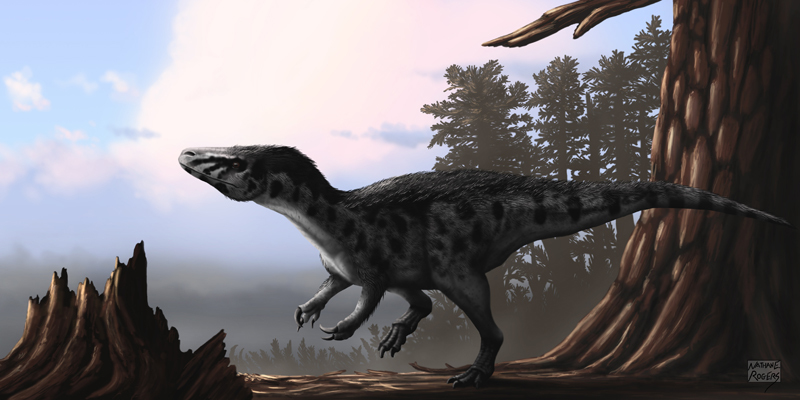 Murusraptor, a megaraptoran theropod from the Late Cretaceous of Patagonia

All Posts
Theropods are some of the most famous and successful of all dinosaur groups. These bipeds include every known carnivorous dinosaur (and quite a few that were not carnivores), and range in size from giants like Tyrannosaurus and Giganotosaurus, to diminutive wrens and hummingbirds. Many theropods are known to have been feathered, and they still live among us as birds.

The new theropod, named Murusraptor barrosaensis, was discovered near the town of Plaza Huincul, in Neuquén Province, Argentina. The specimen was discovered in the wall of a ravine cut into sandstones deposited by an ancient river. Although it’s incompletely known, the total length of the animal is estimated to be approximately 7.5 meters, with a hip height of about two meters. The name Murusraptor is derived from the Latin words murus meaning wall and raptor mean robber, a reference to the site of discovery. The specific name, barrosaensis, refers to the Sierra Barrosa Formation.

Murusraptor is known from a skull preserving the rear part of the cranium and mandible, some vertebrae and ribs, gastralia (sometimes called belly ribs), a single claw from the hand, and a partial pelvis and hindlimbs. Although the skull is incompletely known, it shows that Murusraptor had a long, low snout, and lacked any kind of ornamentation around the eyes. This is quite different from many theropods of similar size like Allosaurus and Ceratosaurus that had prominent “eyebrow” crests. The teeth of Murusraptor are also unique, being unusually small for an animal of its size; the largest tooth recovered is less than three centimeters tall! The vertebrae, ribs, and pelvic bones show extensive pneumatization, meaning that bones are invaded by complex outgrowths of lung tissue called air sacs. Skeletal pneumatization is common in theropods as well as pterosaurs. 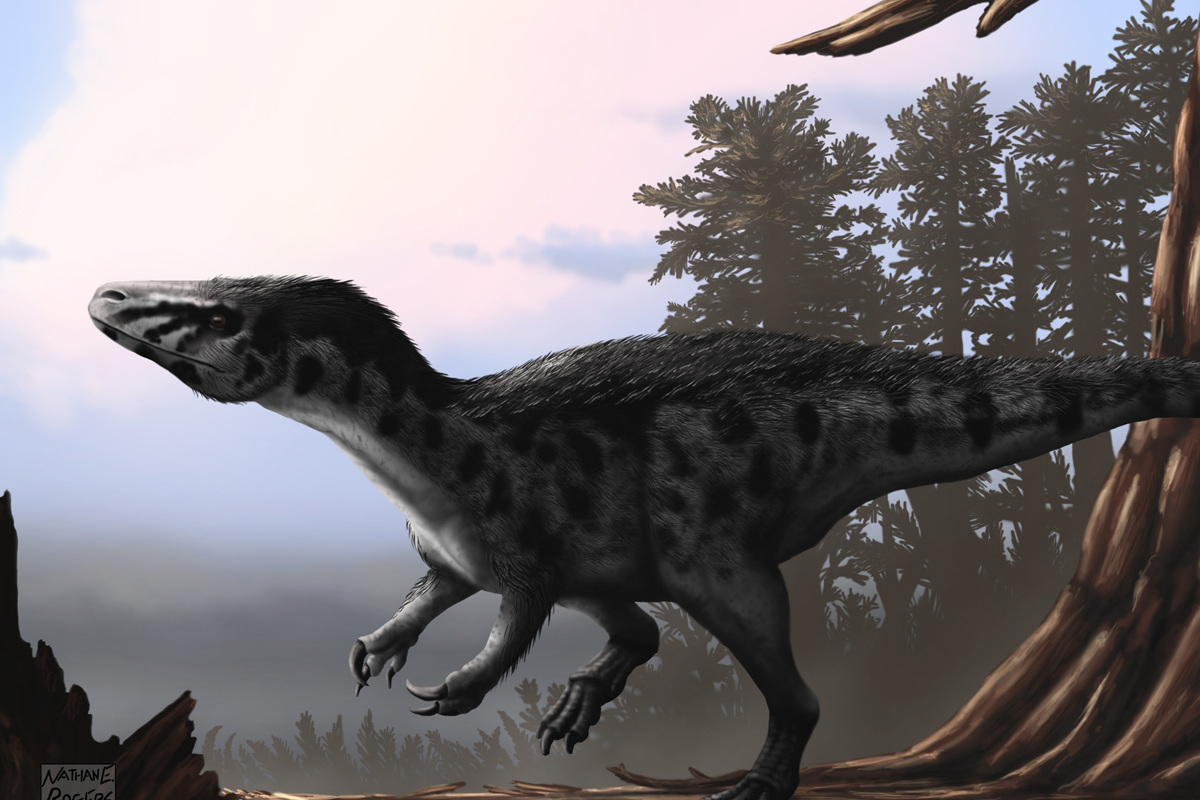 The authors compared Murusraptor to other theropods and found that it was extremely similar to a group of theropods known as the megaraptorans. Specifically, Coria and Currie made detailed comparisons of Murusraptor to several megaraptorans including Megaraptor, known from slightly older rocks also in Neuquén Province, Aerosteon from more recent rocks in Mendoza Province, Argentina, and Orkoraptor from rocks laid down in the middle part of the Cretaceous in Santa Cruz Province, Argentina. Megaraptorans are a recently discovered and distinctive group of medium-sized theropods that, although known only from partial specimens, seem to be lightly built for their size, have extensive skeletal pneumatization, and long slender muzzles. Megaraptorans are known from several species that lived almost exclusively on the southern continents.

Although megaraptorans are all clearly related to each other, it’s not clear which other theropod groups they are most closely related to. There are two competing hypotheses: one is that the megaraptorans are part of the carnosaur radiation, falling within the Neovenatoridae, and closely related to carcharodontosaurids, allosaurids, and metriacanthosaurids. The alternative hypothesis places the megaraptorans within the tyrannosaur radiation, being the only tyrannosaurs from the southern continents. The researchers who described Murusraptor found similar results when attempting to discover the phylogenetic relationships of Murusraptor and the megaraptorans, lamenting the fact that the two competing hypotheses had only partial overlap when it came to animals and characteristics being compared.

Original findings published in PLOS One.