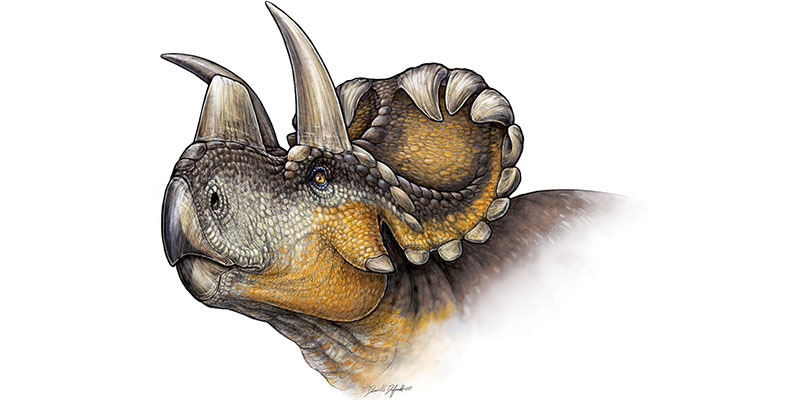 Triceratops relative Wendiceratops is all frills all the time

All Posts
Wendiceratops becomes the second horned dinosaur unveiled this year. It is the oldest relative of Triceratops and the oldest dinosaur of its group with a big nose horn.

The ceratopsian dinosaur was named after Wendy Sloboda, a famous dinosaur hunter who found its fossils in southeast Alberta, Canada in 2010. Being the true rockstar that she is, Wendy even got a tattoo of her namesake, which you can view in the gallery on this page.

Wendiceratops pinhornensis weighed about a ton and was 20 feet long, smaller than its more famous cousin Triceratops. Like its ceratopsian relatives, it was a plant eater.

Unlike some of its relatives, Wendiceratops didn’t have a spike on its nose, but more of a blunt pedestal-like horn. It also had two large spikes above its eyes and curled spikes along the top of its frill. 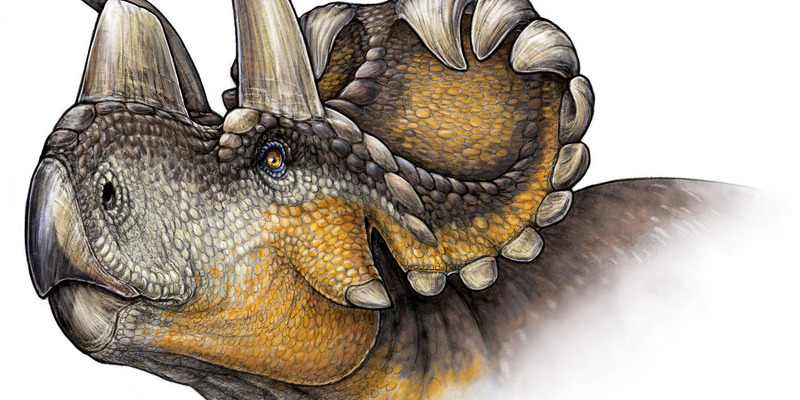 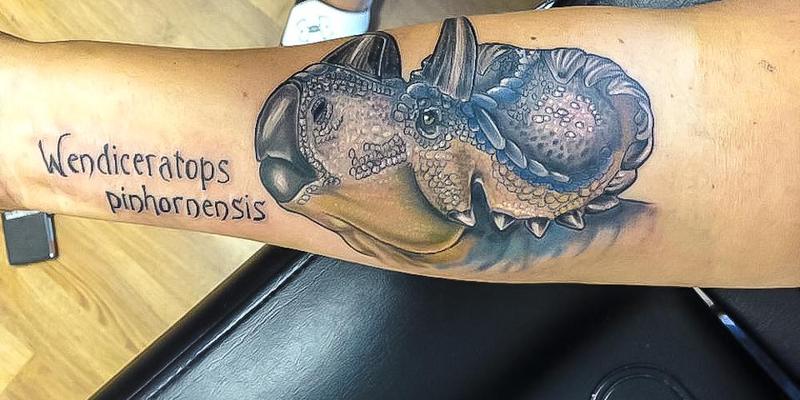 The fossils were found in a layer of rock called the Oldman Formation in Alberta, dating from the Cretaceous Period around 79 million years ago. During that time North America was divided into east and west landmasses by a large interior seaway. Southeast Alberta was a coastal lowland on the western side of the sea. Wendiceratops lived in lush forests alongside tyrannosaurs, other ceratopsians and the famous crested dinosaur Parasaurolophus.