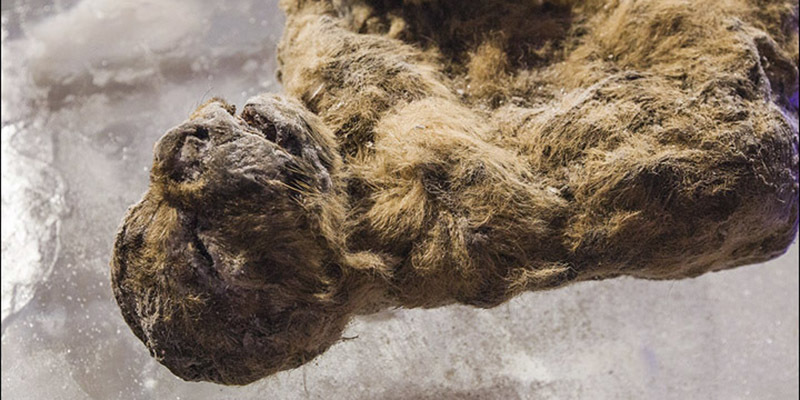 All Posts
The cave lion was a highly successful and adaptable predator that ruled the steppes of Ice Age Eurasia with an iron paw. Now, with the discovery of two cubs in the Siberian permafrost there is talk of bringing this magnificent creature to life. But should we?

The finding of a pair of dead cave lion cubs in the Siberian permafrost is heartbreaking enough for most people. Indeed, the find along with most frozen mummies took the world by storm when it was unveiled to the public.

The 12,000-year cubs, nicknamed ‘Uyan’ and ‘Dina’, were found perfectly preserved, with every strand of fur and every whisker still in perfect condition. They were described by a Russian team consisting of Semyon Grigoriev, of the world famous Mammoth Museum in Yakutsk and Dr Albert Protopopov, head of the mammoth fauna studies department of the Yakutian Academy of Sciences. Both of them stressed the importance of the find to The Siberian Times, which reported the discovery as being a huge sensation.

They were the first mummies of a large carnivore to be found in the ice. Previously the frozen carcasses of steppe bison, woolly rhinos and woolly mammoths were all the rage. Now it is cave lions and Ice Age puppies. 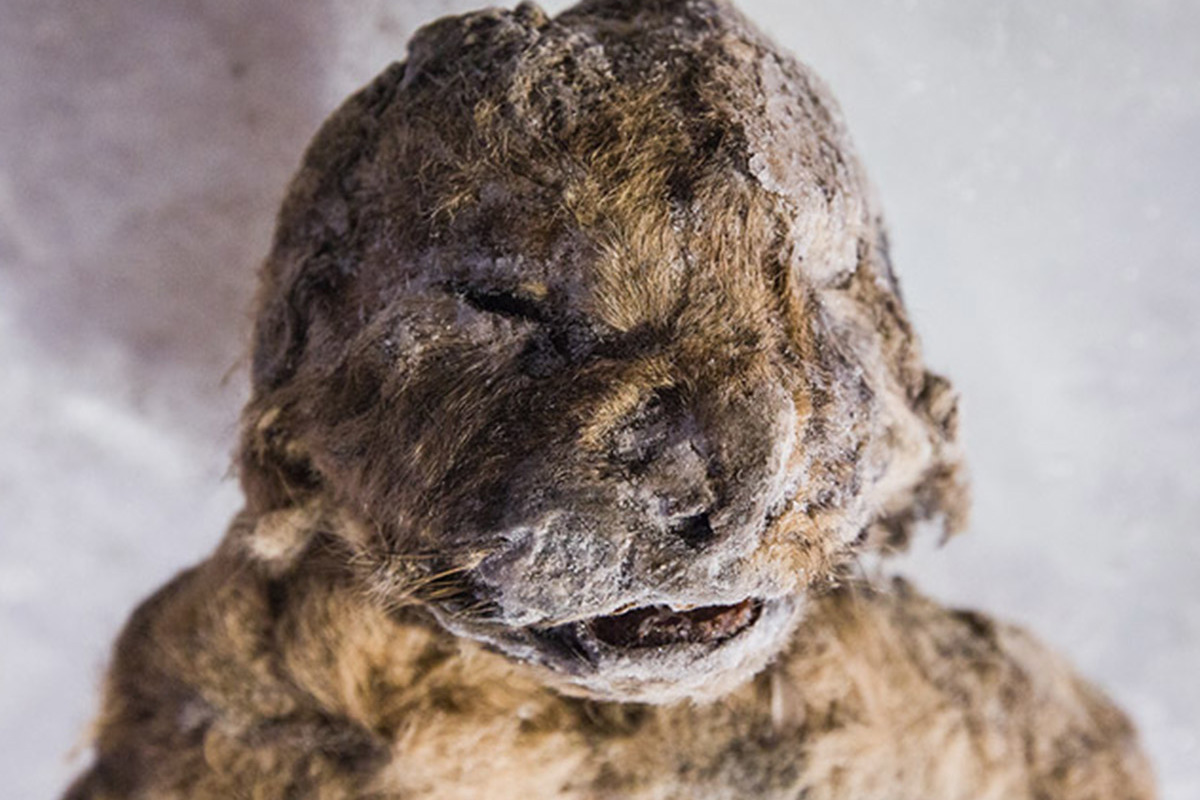 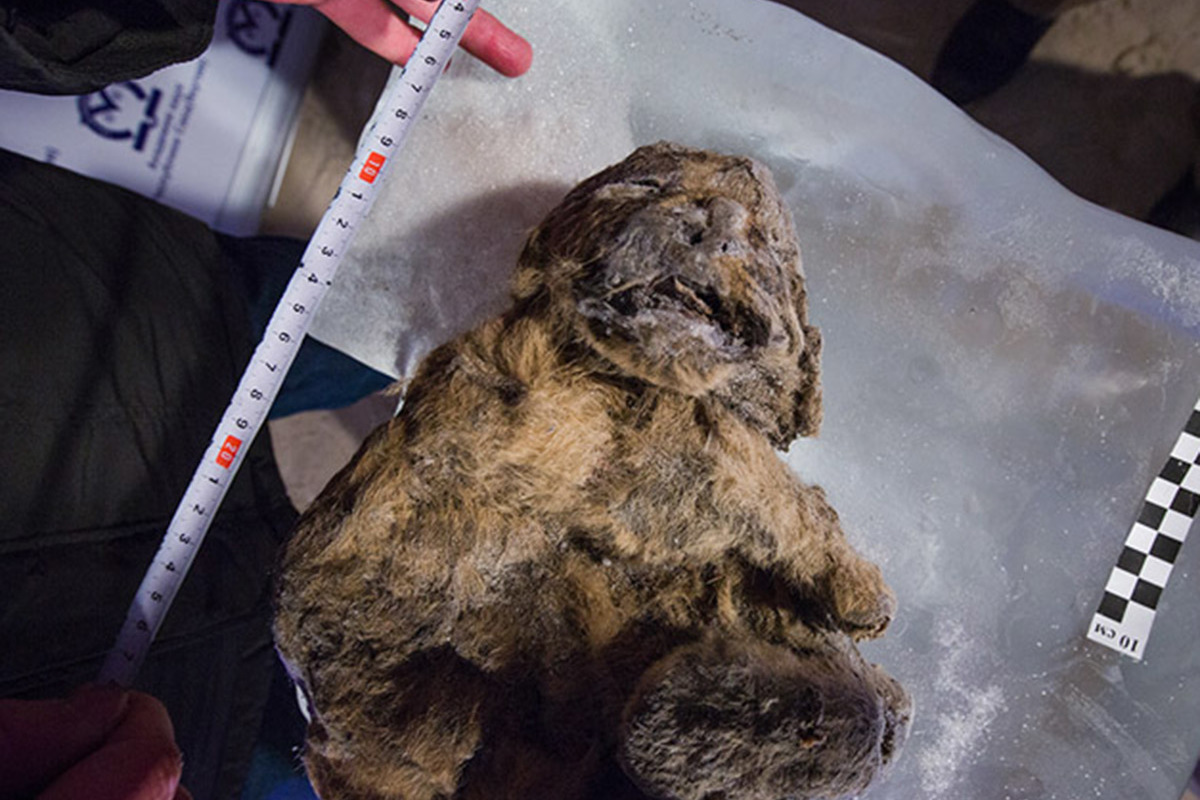 Close up of a cave lion
A little cave lion mummy measures up against a tape in the Mammoth Museum.
Vera Salnitskaya

However, a team of South Korean scientists has been trying to get their hands on something truly unique: The cubs’ DNA. The idea was controversial to begin with, for the end result is meant to be a pair of cloned cave lion cubs. The hope is that the cloned lions will probably join the woolly rhino and the mammoth itself among the ranks of extinct animals that might be brought back to life in future.

Head of the Korean research team is Hwang Woo-suk, an expert in cloning. He and his team have been pioneering techniques to bring back not just the extinct lion but the woolly mammoth and possibly all the other extinct animals of the vast mammoth steppe environment. So far, the team has been unsuccessful, but with the incredible find of Uyan and Dina, he might have struck gold.

The heated debate between both teams though, meant that the Korean scientists could only take back the smallest and thinnest of specimens, with the Siberian researchers defending the frozen carcasses vehemently. In the eyes of the Mammoth Museum team, it was not well preserved enough to warrant such excessive taking of samples. Plus, it was a huge enough research opportunity for the discoverers to pass up. The specimen known as Uyan is better preserved and the Mammoth Museum scientists plan to have the carcass kept frozen indefinitely, shutting off any contact it might have with the outside world. According to Dr Protopopov, the museum team will continue to study the carcass for a number of years themselves.

One of the primary problems of resurrecting any of the mammoth steppe fauna is that their environment is no more. Their habitat vanished more than 10,000 years ago due to repeated climatic fluctuations so there would be nothing for any of these animals to eat. There have been plans, of course, to create a so-called “Pleistocene Park” for these animals, but this dream may be a long way off.

The two baby cave lions Uyan and Dina were found by a local worker in the area who discovered them in Siberia’s massive Sakha Republic. Now it is a large area of tundra, somewhat inhospitable to all but the hardiest of animals and plants. 12,000 years ago though, during the Pleistocene, this was a relatively ice-free part of the Ice Age world. There was so much water locked up at the poles that cloud cover was limited, and this meant that snowfall was too. The constant movement of huge herbivores turned the soil, making it highly fertile. As a result, grasses grew, thus forming a continuous steppe landscape that stretched from England to Siberia, and across to Alaska along the Bering Land Bridge.

This mammoth steppe was home to bison, reindeer, muskoxen, wild horses and saiga antelope, as well as woolly rhinos and mammoths. The main predators included wolverines, Arctic foxes and wolves and of course the mighty cave lions. In life, the cave lion was somewhat bigger and more robust than modern lions. Cave paintings of the animal show that the males had a very minimal mane and a tufted tail.

They lived as active hunters, primarily targeting reindeer but also attacking bears during times of hardship. Uyan and Dina however, would never join their pride. The cubs were barely a week old at the time of death, as indicated by the fact that their baby teeth had not yet erupted. At this age, they were too young to move very far from their den, which probably collapsed onto the cubs and suffocated them during an earthslip. Currently there have been talks of reexamining the site to find evidence of siblings or possibly even the mother lioness herself.


Related Stories
What killed the Siberian unicorns?
Saber-toothed cats once hunted in South America
Ice Age dogs found trapped in the Siberian permafrost
Our relatives may have been hyena food 500,000 years ago
Trapped in tar: The Ice Age animals of Rancho La Brea
//sulc.us/2ggyb
/articles/whiskers-still-bristling-after-more-than-10-000-years-in-the-siberian-cold/