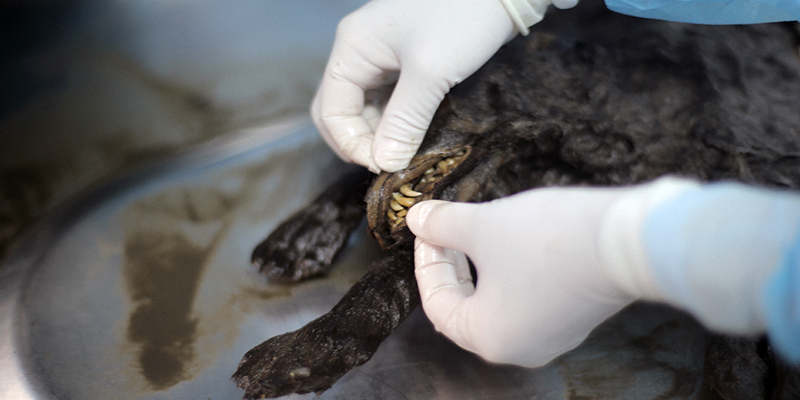 All Posts
The relationship between dog and man is an ancient love that has carried on for thousands of years. Now we have a few secrets that may shed some light on the origins of this bond – puppies dug up from the Ice Age permafrosts of Yakutia, Russia.

We have pulled up a number of strange and wondrous things from the frozen soil of Siberia’s Yakutia region. From gargantuan mammoths to perfectly preserved woolly rhinos and baby cave lions, an impressive picture of an Ice Age eden is emerging faster than ever before. Hope of reconstructing this lost world is still afoot. Today, with ancient DNA being a huge topic, every new ice mummy gets a huge amount of press coverage, with some stories taking the world completely by storm. This by no means indicates that the Pleistocene animals can easily be resurrected but it does mean that we can get closer to understanding them and their world. One of these incredible stories is the tale of two puppies found close together, still locked in the ice.

The first remains of a frozen pup were found in 2011, and the first on the scene was Sergei Fyodorov, head of exhibitions at the Mammoth Museum of the North-Eastern Federal University in Yakutsk. The find was made by mammoth tusk hunters in the region, who discovered the snout of a little dog protruding from the ice. Soon after, another one was found, close to the first pup and in equally good condition. This was a remarkable discovery for a number of reasons. One, an entire small carnivorous mammal has never been found in the ice before, at least not at this level of preservation. Puppies and other small animals are much more delicate than a huge mammoth. The bones are, of course, smaller and lighter and can easily be damaged or finished up quickly by a scavenger. These pups were lucky to stay preserved buried in the permafrost for so long. The gut contents, brains and even the parasites on their bodies had been preserved. Research on the puppies tells us that one of them had been eating a great deal of grass and twigs. Fyodorov assumes that the pups were eating more vegetation due to starvation. He also believes that they were from the same litter, and that they’d been either abandoned or wandered too far from their family.

Secondly, they could help to fill in the missing gaps in the story of domestic dogs. The origins of our furry friends are still debated by many, for it is still unknown how and when exactly dogs and man joined forces. The Yakutia puppies might hold the answer. Of course, sequencing the genomes of these dogs will take time, but it may help us to know if they were indeed domesticated or wild. We still do not know when that particular line of wolves evolved, or whether they merely walked into our lives or whether we took their pups to be trained. Whatever the answer, the one thing we do know is the pups’ age. They are 12,460 years old, dating back to the Pleistocene, when the Ice Age was nearing its end and many of the massive animals of the northern steppes were growing rarer. Fyodorov and team will undoubtedly be kept busy on the find, but the effort will be worth it. The closer we get to understanding the Pleistocene and its secrets, the closer we get to understanding our own prehistory and our relationships with these animals. 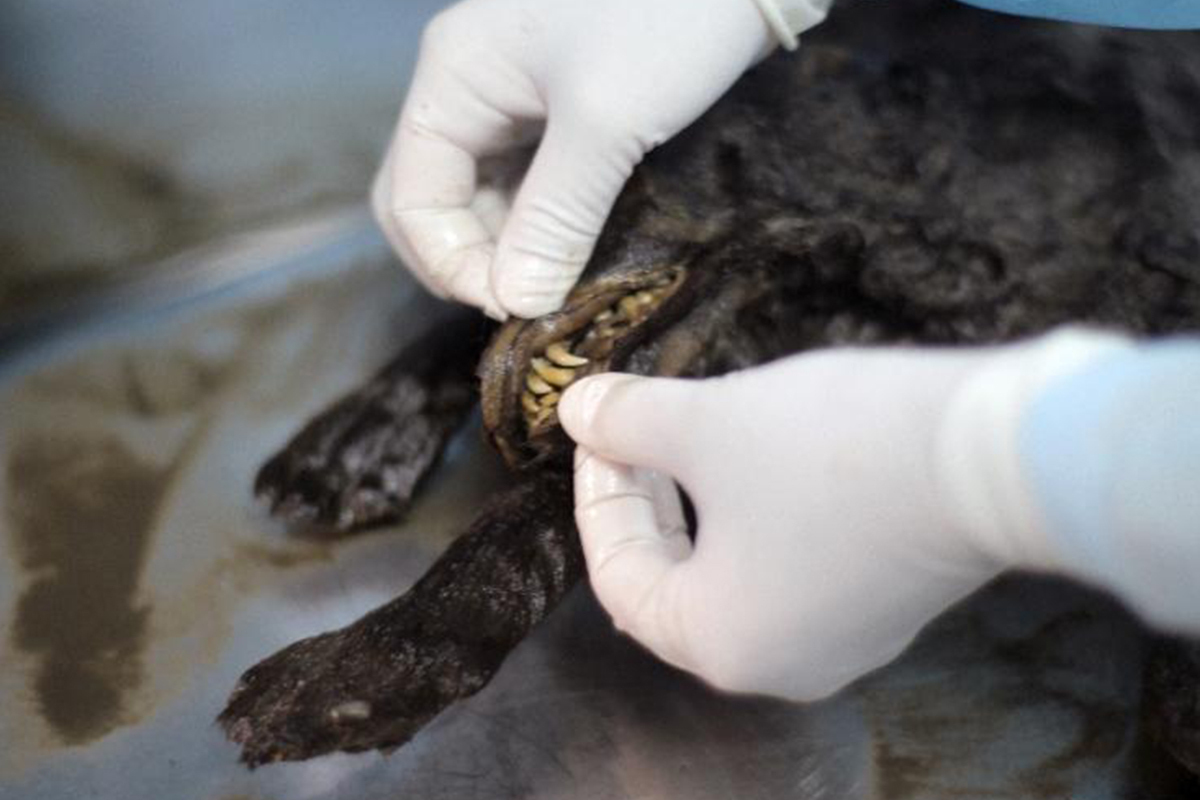 Examining the frozen puppies
Scientists at Yakutsk examine the teeth of a mummified puppy, dug out of the Siberian permafrost
North-Eastern Federal University in Yakutsk