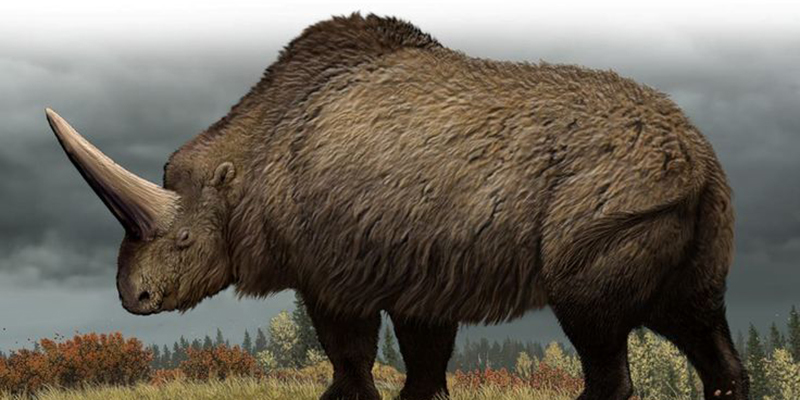 What killed the Siberian unicorns?

All Posts
Gigantic one-horned beasts once roamed the frozen steppes and tundra of Siberia. They were a species of rhino, more than two meters at the shoulder who grazed these areas in huge numbers during the last Ice Age. That is, until their extinction.

It was thought once that Elasmotherium, the massive single-horned rhinos of the Siberian steppes went extinct 350,000 years ago. Yet more recently, new finds from the Tomsk State University have uncovered a strange refuge for the species in the western part of this vast, desolate region. The object of interest was a rather well-preserved skull, found in the Pavlodar region of Kazakhstan. The skull of the animal found here was much younger than the previous extinction date. The fossil went through radiocarbon-AMS dating at the 14CHRONO Centre for Climate, the Environment, and Chronology (School of Geography, Archaeology and Palaeoecology; Queen's University Belfast; Belfast, UK). Thus according to the test result, it was confirmed that Elasmotherium died at least 29,000 years ago.

The prolonged survival of the animal in this region poses the puzzling question of why these creatures survived as long as they did here. Normally, such a natural sanctuary or refugium would allow for the survival of a rare or endangered animal, even though refugia themselves are not all that commonplace. Tomsk paleontologist Andrey Shpanski thinks that the southwestern location of the skull discovery points to the fact that the rhinos could migrate through these areas easily. Shpanski and colleagues published their findings in the American Journal of Applied Science in February 2016.

The giant Siberian unicorn, or the steppe rhinoceros Elasmotherium was the biggest true rhino ever to exist. It was a massive, heavily-built creature with thick fur, a muscular hump on its back and rather horse-like limbs and head. It weighed five tons, as much as an elephant and stood two meters high at the shoulder. Its forehead and nose were crowned with a gigantic horn as long as a man. This is the feature that gives the creature its common name. The beast once lived on the mighty steppes that stretched from the Caucasus Mountains, through Kazakhstan to Siberia.