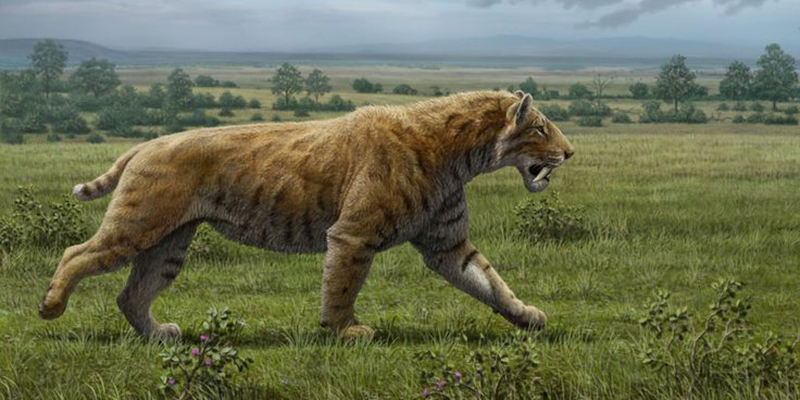 almost 5 years ago by Nick Garland

All Posts
Scientists never expected to find remains of saber-toothed cats in the grasslands of Argentina's Pampas region. But research indicates these animals hunted the plains of South America during the last ice age.

Professor Hervé Bocherens of the Senckenberg Center for Human Evolution and Palaeoenvironment at the University of Tübingen examined the bones of saber-toothed cats that lived in Argentina's Pampas region in the period 25,000-10,000 B.C to piece together the animal's paleoecology.

He compared collagen samples from the bones of various ice age predators – including the saber-toothed cat, the jaguar (Panthera onca), and a species of wild dog (Protocyon) – with those of their likely prey. The carbon and nitrogen isotopes he found there enabled him to draw conclusions about the kind of environment the animals lived in.

Bocherens said that paleontologists had assumed a predator weighing up to 400 kilograms with a bone structure similar to a forest-dwelling cat would have likely hunted in woodlands. It would have been easier for a large cat to hide in dense vegetation to surprise its prey, or so it was thought. 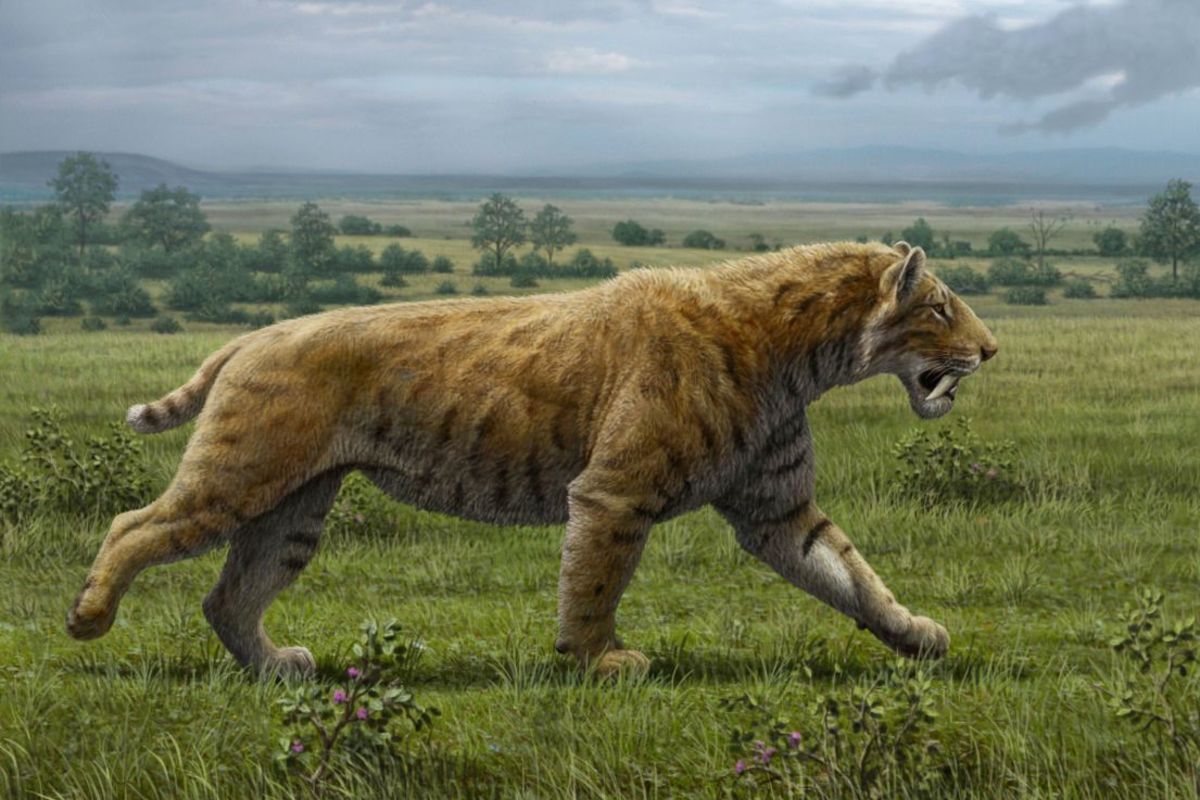 The results of the tests showed that Smilodon populator fed on a steppe-dwelling ungulate called Macrauchenia and two species of giant sloth (Megatherium and Lestodon) – who, unlike their surviving relatives, lived on the ground and could grow to several tons in weight. The study also showed that the jaguar did not compete with Smilodon, but the ice age dog Protocyon had similar prey.

The saber-toothed cat evolved in North America and seems to have entered South America when a land bridge formed in what is now Panama, around three million years ago.

Many megafauna became extinct after the last ice age. The researchers believe that a damper climate could have led to increased forestation of the steppe, reducing the saber-toothed cats' hunting grounds and ultimately causing them to die out.

Adapted from materials from University of Tübingen.