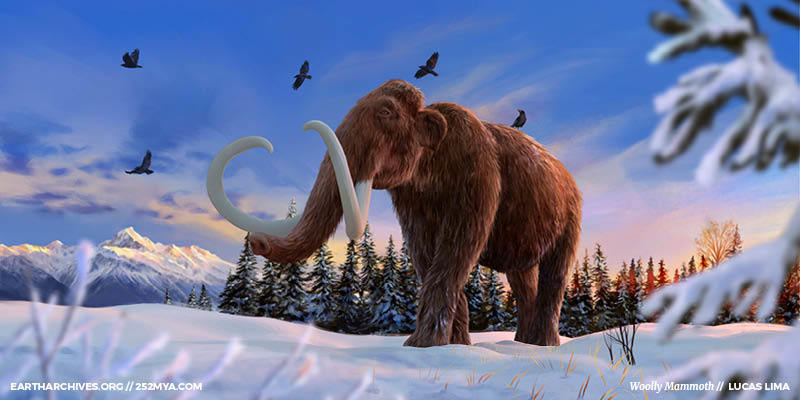 All Posts
The last populations of woolly mammoths lived on Wrangel Island in the Arctic Ocean off the coast of Siberia. Comparison of specimens from Wrangel Island and the Siberian mainland show that the island populations accumulated a number of genetic mutations that would adversely affect the last living mammoths.

During the Ice Age, mammoths lived in Africa, Eurasia, and North America. Mammoths are elephants, most closely related to living Asian elephants. They were made up several species, most famously the woolly mammoth, Mammuthus primigenius, of Arctic Eurasia and North America and the Columbian mammoth, M. columbi, of temperate North America.

They were very common on the continental mainlands until 10,000 years ago, with the last populations living on small islands until a few thousand years ago. There are numerous specimens of mammoths that have been frozen in permafrost preserving soft tissues not normally found in extinct organisms.

Remnant island populations of mammoths underwent some significant changes in anatomy, most notably dwarfism. Reduced adult size is a common trait in animals living on islands with limited food resources. The fossil record of mammoths shows that this happened independently numerous times on Mediterranean islands, Arctic islands, and the Channel Islands off the coast of Los Angeles. 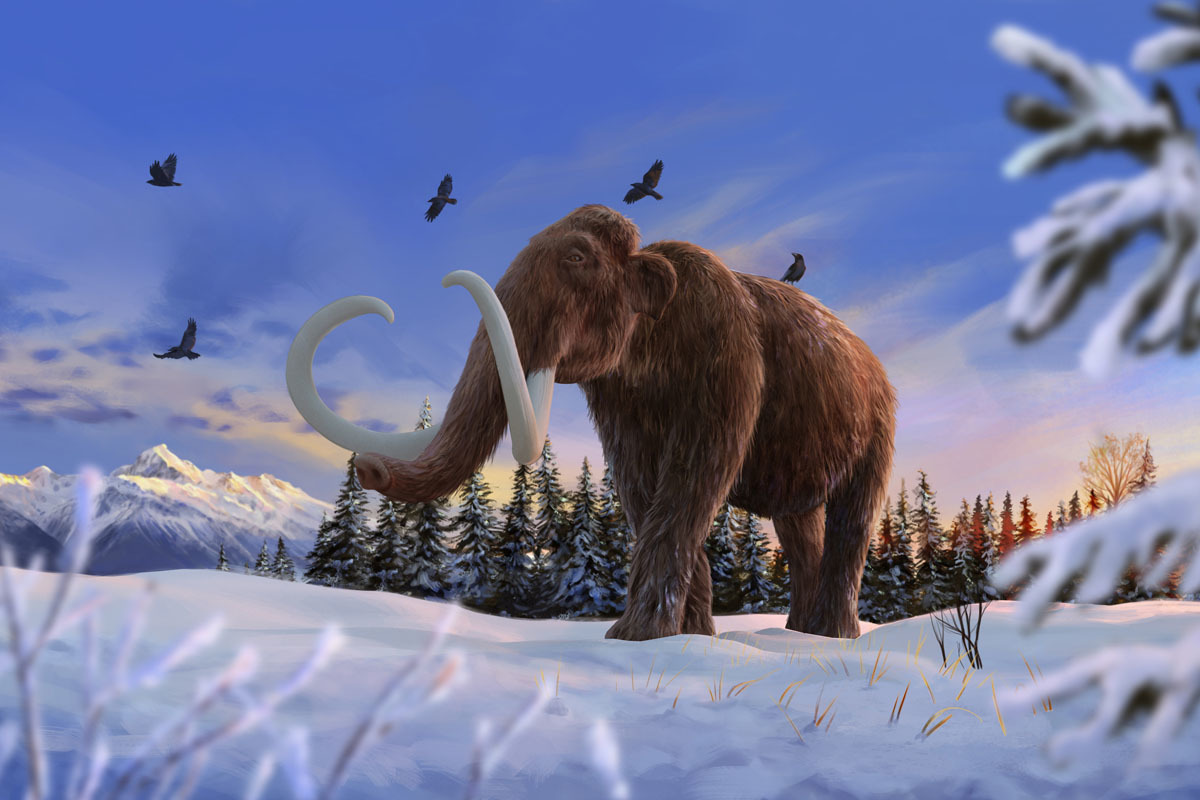 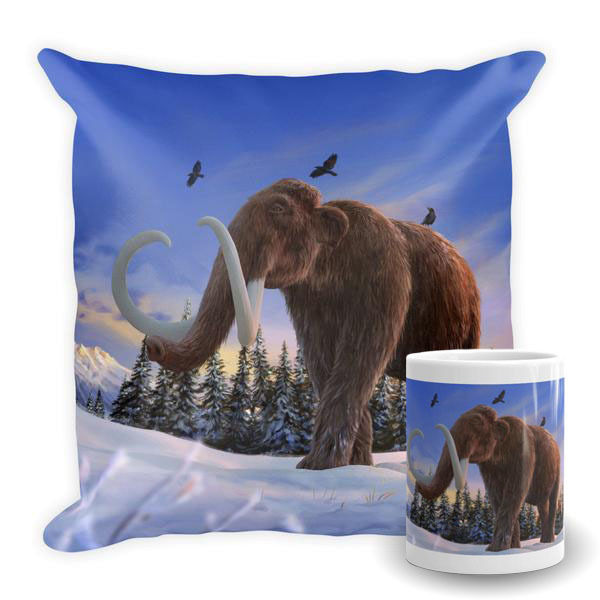 Get Lucas Lima's artwork for your home from 252MYA.com
Credit: Lucas Lima

To determine what other changes these island populations went through, scientists Rebekah Rogers and Montgomery Slatkin compared the genes of two woolly mammoth specimens. One specimen lived about 45,000 year ago in Siberia, and another that lived 4,300 years ago on Wrangel Island in the Arctic Ocean north of Siberia.

Rogers and Slatkin found that the Wrangel Island mammoth had numerous genetic mutations affecting both physical appearance and the population's social structure, leading to what they called a genomic meltdown.

First, genes that control the hair on the Wrangel Island mammoth show that its coat was satiny blonde, and had less efficient insulating properties than the Siberian mammoth. What's more, the genetic mutation identified has been linked to digestive problems in mice and may have had similar effects in mammoths.

The second set of mutations likely affected the social structure of the Wrangel Island mammoths. Rogers and Slatkin found that the Wrangel Island mammoth had a reduced number of urinary proteins, as well as a diminished sense of smell compared to the older Siberian mammoth. In living elephants, urine and pheromones are used as indicators of mate selection and social standing within communities. The diminished number of urinary proteins and reduced sense of smell may have adversely affected mammoth society on Wrangel Island.

Further analysis of other Wrangel Island mammoth specimens will likely be needed to confirm the conclusions of Rogers and Slatkin, and document the speed at which these mutations spread through the population. From what we now know, the last mammoths on Wrangel Island appear to have accumulated mutations that put the last populations in crisis just a few hundred years before their final extinction.


Related Stories
North American mammoths likely interbred with one another
Saber-toothed cats once hunted in South America
What killed the Siberian unicorns?
The cave hyenas of ice age Europe
What would you get if you mixed a dog and a bear?
//sulc.us/fpjag
/articles/final-mammoth-populations-suffered-from-genetic-meltdown/