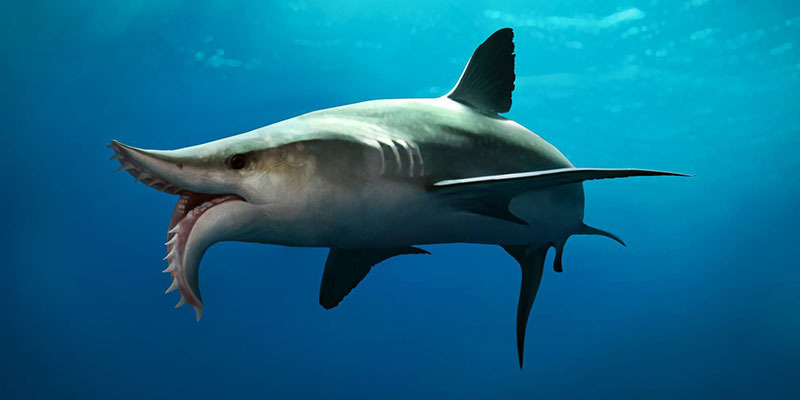 All Posts
New research into the feeding habits of a long-extinct mysterious fish reveals that it may be the first animal ever known to use vertical thrashing of external teeth to kill its prey. And it had some seriously crazy teeth.

During the Carboniferous Period around 300 million years ago, the Earth’s tropics were covered with dense forests of ferns and trees, some towering 100 feet above the ground. Dragonflies with wingspans of almost 3 feet flitted across the skies, and were among the first animals to take flight.

While life was very busy conquering the land and the sky, life in the world’s oceans had already begun to evolve into new and wondrous forms. Fish became numerous and diverse in the Devonian Period, ruling the sea more than 350 million years ago. Cartilaginous fishes also experienced diversification, becoming truly weird and wonderful during the Devonian. The shark-like chimaera Stethacanthus with its anvil-shaped dorsal fin and the shark Cladoselache with its wing-like pectoral fins rounded out a truly diverse and wonderful aquatic menagerie.

A group of fishes called the placoderms dominated the waters of the Devonian but began dying out at the end of that period. This left many aquatic niches unoccupied and cartilaginous fishes began to stage a coup. The Carboniferous Period has been called the “Golden Age of Sharks.” By the end of the period, cartilaginous fish diversity really became a crowning achievement rivaling the new and varied life on land and in the air. 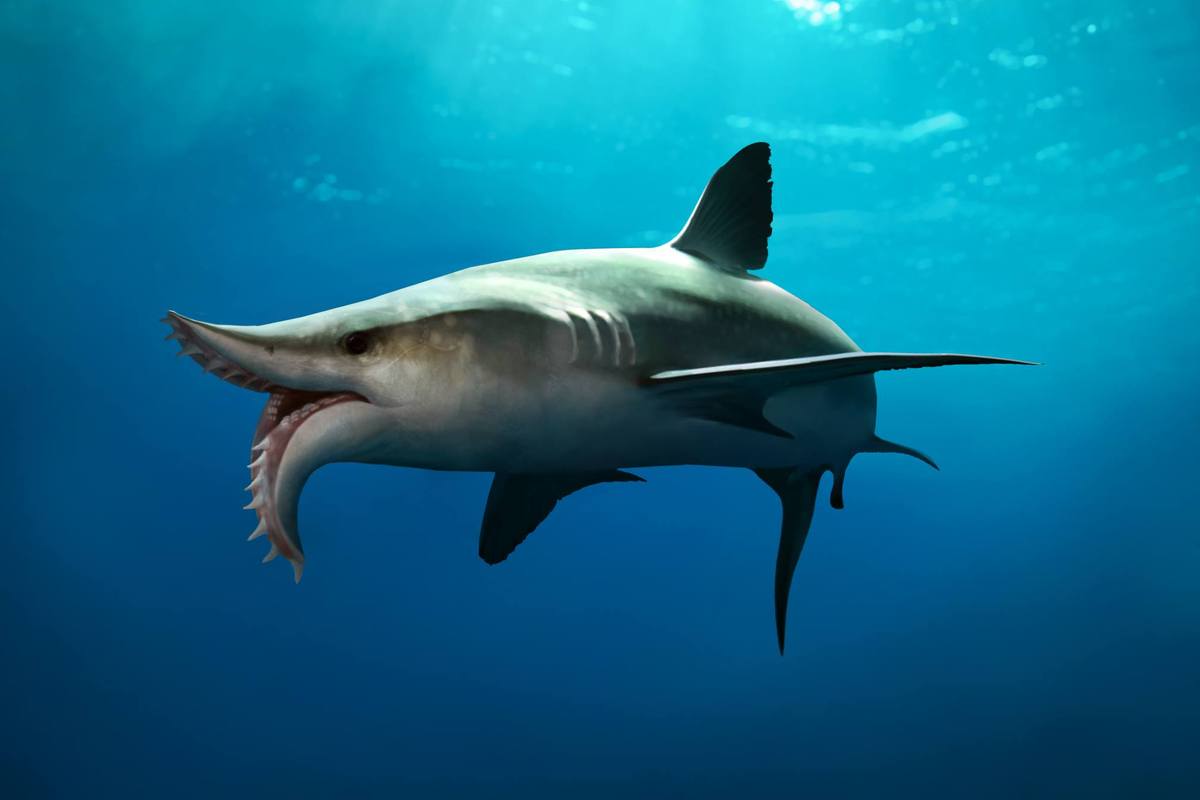 A new, more bizarre group of chimaeras called the Eugeneodontids seized the throne at the opening of the Carboniferous. Eugenodontids had what’s called symphyseal tooth whorls -- large, sometimes spiral assemblages of teeth with vertical orientations directly in the middle of their mouth cavity. Helicoprion was one such fish, with a lower tooth whorl that was much like a circular saw.

Another member of the Eugenodontid royal family was Edestus. Like Helicoprion, it also had a symphyseal tooth whorl, except instead of a circular saw Edestus had an arc of teeth on both the roof and floor of its mouth in what has been described by many as pinking shears. Because Edestus had a very odd tooth configuration with highly curved whorls, paleontologists have long puzzled over how it used its tooth whorls to subdue and eat its prey.

New research by Wayne M. Itano of the Natural History Museum of the University of Colorado suggests that instead of crushing its prey with its tooth whorls in scissor-like motions, Edestus used its outwardly projecting teeth in a vertical thrashing manner. With up and down movements of the front part of its body, Edestus could have slashed and traumatized its prey in mere split-seconds and then ingested it wholesale.

Itano analyzed the surface wear of a tooth from the late Carboniferous of Texas and discovered grooves perpendicular to the axis of the crown. This suggests that, as Edestus thrashed its prey, the hard parts of sea animals made tiny scratches on the surface of its teeth. But in animals like mammals, these tiny scratches tend to form an up-and-down pattern because our teeth occlude, meaning the upper and lower portions rest on each other. These parallel scratches are the opposite of what Itano observed in his Edestus teeth.

Itano also analyzed a tooth from the outermost part of the whorl that had a broken and abraded tip. If Edestus thrashed its prey, the tip could break off by hitting a hard object, exposing the softer inner part of the tooth that could then be worn down by prey with tough skin.

While this thrashing predation view is still not widely accepted, Itano finds it difficult to explain Edestus tooth wear through any other mode of predation. If Itano’s evidence holds up to scrutiny, Edestus will become the only known animal to have ever used this mode of predation to subdue its prey. Truly weird.

Special thanks to Wayne M. Itano for his guidance while writing this article and Julio Lacerda for his amazing reconstruction of Edestus minor. And to Serena Garland who suggested writing about this crazy ‘shark’.

You can read the original research paper on Academia.edu.

And an abstract of Edestus tooth wear is here.