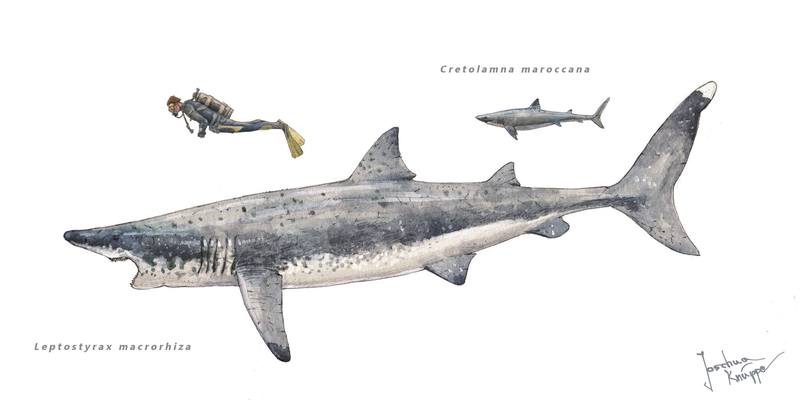 All Posts
Three newly unearthed vertebrae from north-central Texas suggest the presence of an enormous shark during the Early Cretaceous Period in the region. This discovery provides further evidence that larger sharks had evolved prior to the Late Cretaceous.

Despite the ubiquity of shark teeth fossils, their vertebrae are less commonly found in the fossil record. Each discovered vertebra helps researchers estimate the total size of the animal, although they rarely help them pinpoint the exact species when separated from the individual tooth remains. Even without clear species association, such findings still explain the biology and ecology of the animal.

The three large vertebrae from the Duck Creek Formation were about 11.4 cm (4.5 in) each and likely belonged to a lamniform shark. This group includes the iconic great white shark and lesser-known sharks such as the goblin shark and megamouth shark. Its total body length is estimated to be around 6.3 m (20 ft), comparable to another shark specimen from a related site in Kansas called the Kiowa Shale. Due to the similarity of shark fauna in both sites, it is expected that the vertebrae were remains of Leptostyrax macrorhiza.

Despite the uncertainty surrounding its true identity, the sheer size of the fossils alone indicate the presence of a large shark during the mid-Cretaceous. The age is now considered an important time in shark evolutionary history, as newer findings keep revealing a previously unknown level of diversity. A shark of this size would also be among the largest predator of the region, dwarfed only by some the marine reptiles pliosaurs. Marks on fossils from other prey animals such as dinosaurs and turtles indicate that the sharks of that age were also apex predators like their living relatives today.