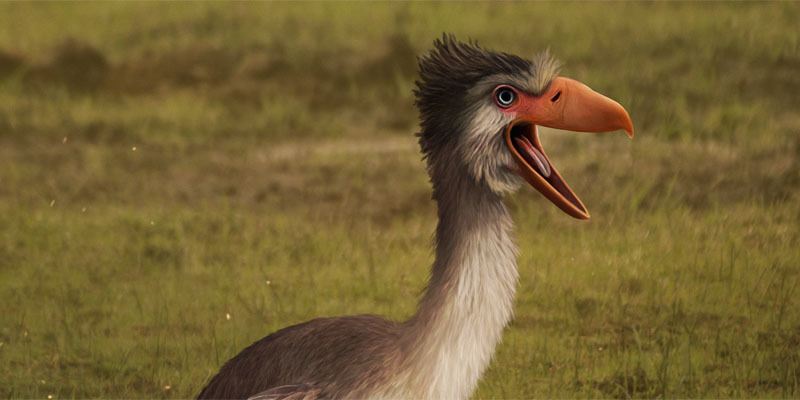 All Posts
A very well-preserved fossil from Argentina offers some clues to these incredible birds’ vocal capabilities.

Birds are well-known for their iconic vocalizations. From the morning call of the rooster to the melodies of songbirds, the funny quack of a duck, and the ominous caw of the ravens, bird vocalizations and their symbolic meanings have been integrated into several cultures for thousands of years. When it comes to extinct birds however, it’s quite difficult to find out how they sounded. But sometimes, fossils can offer paleontologists some helpful clues.

An exquisitely preserved fossil from a “terror bird” found in Argentina offers valuable insight into the animal’s hearing abilities, and by extension, their vocalizations. Paleontologists Fernando Scaglia, Matias Taglioretti and Alejandro Dondas extracted the skeleton from a beach in the Buenos Aires province in 2010, and were able to 3D-scan the bird’s long skull to examine its inner ear. 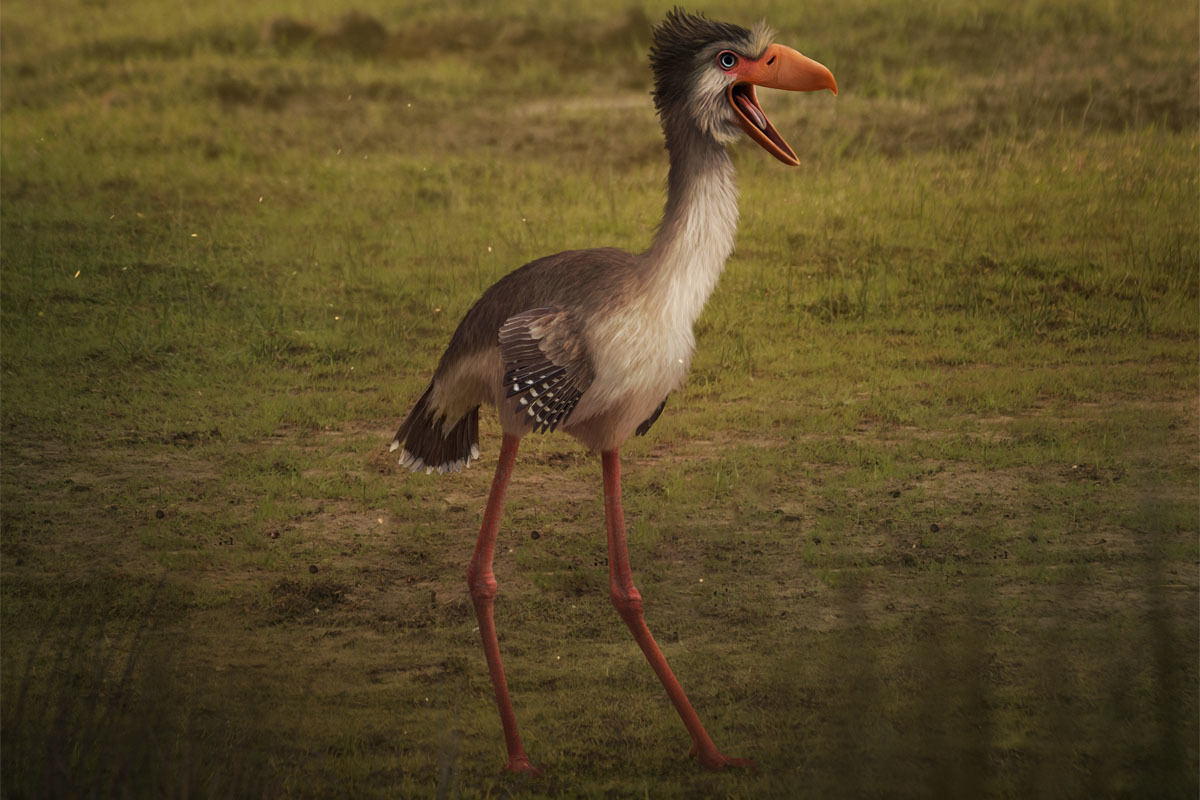 The 90% complete skeleton found represents a new species, dubbed Lallawavis scagliai , that lived 3.5 million years ago. At 1.2 m (4 ft) tall and weighing around 18 kg (40 lbs), it was only medium-sized for terror bird standards. But as the researchers found, its ear anatomy suggests it had quite a deep voice.

By measuring the size and shape of the inner ear, gleamed from the virtual replica generated by the 3D scan, and comparing the data to living birds, it was found that Lallawavis was sensitive to low-frequency sounds. It could detect frequencies between 380Hz to 4,230Hz, best hearing sounds in the 2,300Hz range. By comparison, humans can detect sounds between 20Hz and 20,000Hz, with optimal hearing around 4,000Hz to 5,000Hz. This means that, while having a comparatively narrow range of hearing, Lallawavis was much better than most modern birds at hearing low frequency sounds. This also is strong evidence that the bird’s own vocalizations, as well as those from its preferred prey, fell within low-frequency ranges.

Unfortunately, it’s impossible to know how exactly Lallawavis and other terror birds sounded because sound-producing organs – the syrinx, in the case of birds – are mostly made of soft tissue and rarely fossilize. But some living birds that also make deep vocalizations like bustards and cassowaries may give us an idea.

The terror birds, scientifically known as phorusrhacids, were large flightless predators that lived mostly in South America while it was an isolated continent. Unlike in most other places where the biggest carnivores were mammals, these birds were the dominant meat-eaters in their ecosystems. They appeared not long after their bigger dinosaur cousins went extinct, and persisted until around 2 million years ago with some species even managing to set foot in North America before dying out.

Their hunting prowess could also be appreciated by looking at their fossilized ears. Because the inner ear in most animals also contains the mechanisms responsible for balance, the researchers involved in the study were also able to deduce that Lallawavis was capable of very rapid head movements. Coupled with the anatomy of the neck and strong hooked beak, this indicates that the carnivorous bird was adept at pursuing and lashing out after small prey, most likely mammals.


Related Stories
Murusraptor, a megaraptoran theropod from the Late Cretaceous of Patagonia
Weird mammals get a home in the tree of life
Saber-toothed cats once hunted in South America
Fossils of oldest multicellular organisms found in South America
The crocodilian rulers of pre-Amazonian Peru
//sulc.us/1tmhh
/articles/terror-birds-had-booming-calls/