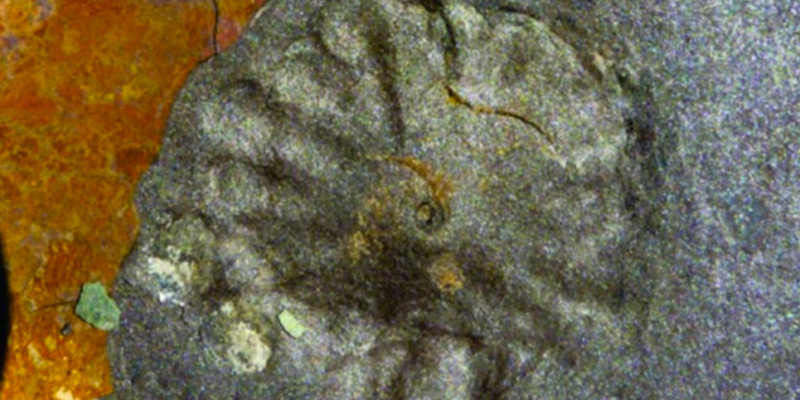 over 4 years ago by Diego Almendras

All Posts
These soft-bodied creatures lived in shallow waters 560 million years ago in what is now Argentina.

Hundreds of disc-shaped fossils of varying sizes were found in sandstone sediment in the Cerro Negro Formation of Argentina. They show what scientists believe are among the oldest living forms from the Ediacaran Period, around 569 million years ago.

Discovered in 2015 by Brazilian and Argentine researchers, the disc- and egg-shaped remains are large, with a diameter ranging from 6 to 16 cm (2.3 to 6.9 in). Some of them are distinctively ornate, showing radial grooves. The fossils correspond to the genus Aspidella, likely the imprint of a stalked animal’s attachment to an anchoring substrate. This is the first time that these fossils were found in this region.

First described in the 19th century, Aspidella is among the most abundant of the Ediacaran biota, comprising mostly sessile marine organisms with simple bodies that represented the first wide variety of macroscopic life-forms on Earth. Before these organisms arose, the seas of the planet were inhabited only by single-celled organisms such as bacteria, or simple colonies. 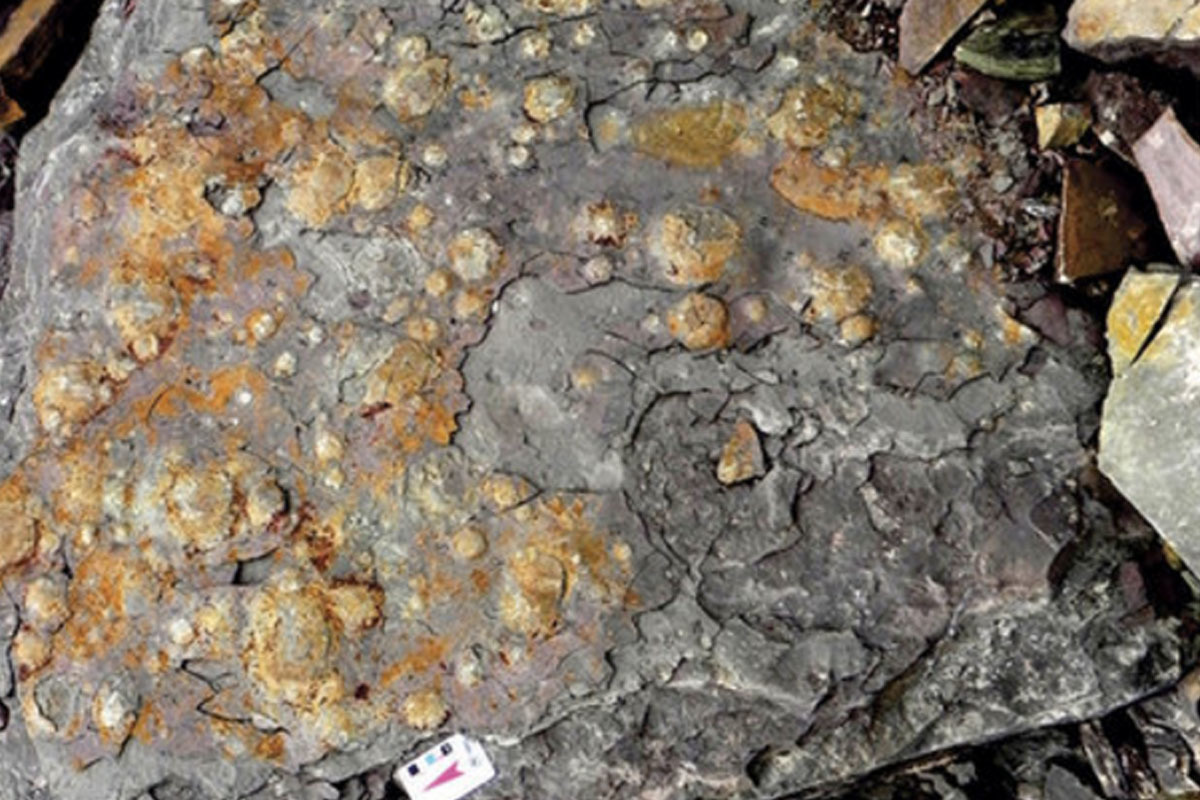 The density and size variations suggest that they bred fast and died young.
Arrouy et al. 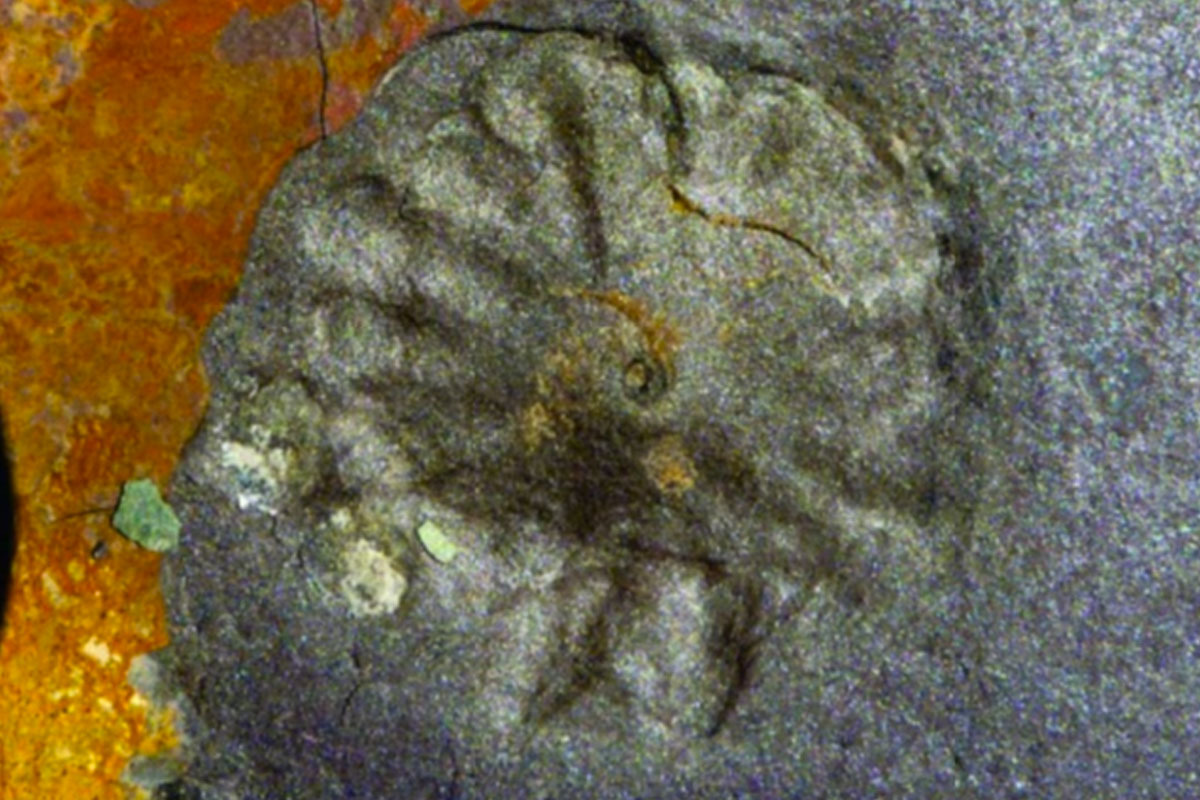 Aspidella, one of the first marine multicellular organisms that appeared on the planet.
Fernanda Quaglio 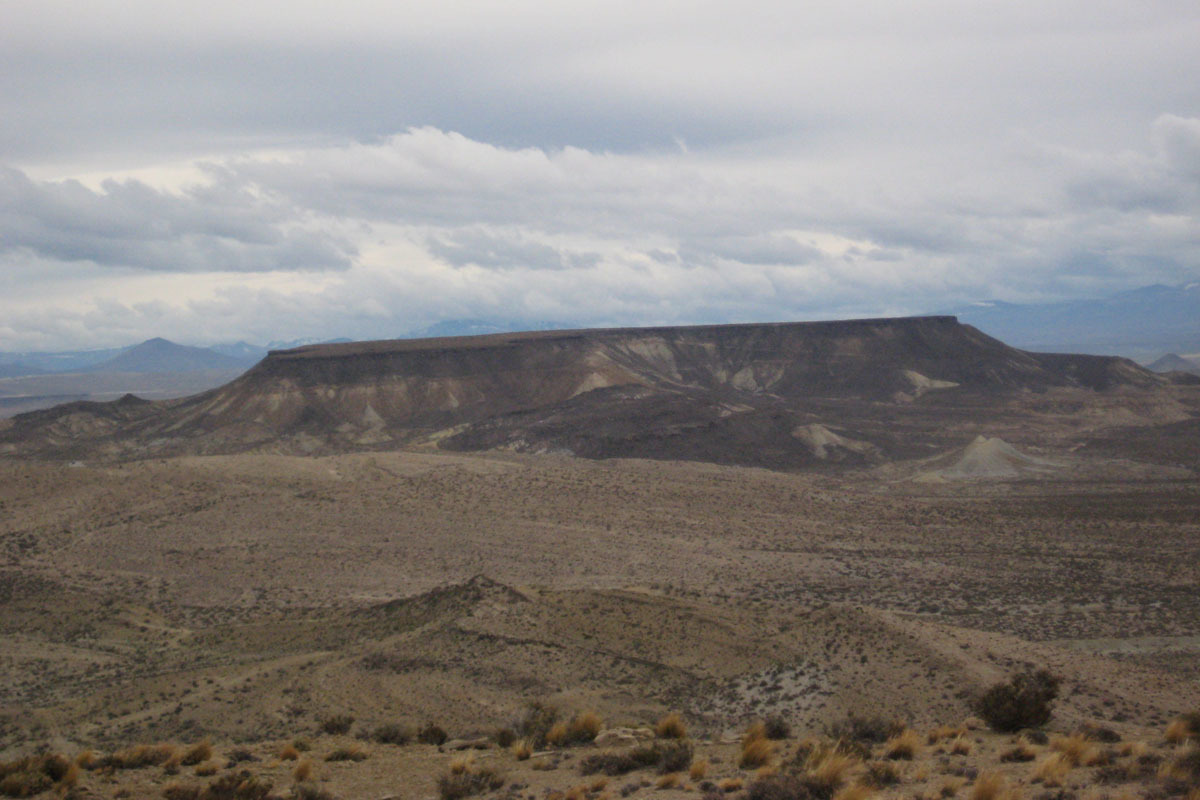 Cerro Negro, one of a few mesas near Zapala, Argentina.
Glennms/Wikimedia

The rarity of large individuals probably indicates that Aspidella produced a large amount of offspring, most of which died young — with a density reaching 3,000 individuals in each square meter.

The organisms of the Ediacaran Period appeared 600 million years ago and thrived until the Cambrian, when the fossil records vanished around the mark of 542 million years ago. Although the exact cause is still unknown, scientists have proposed that they likely died out due to a change in their environment, the evolution of more mobile predators, and tighter competition from other life-forms.

Fossils of Aspidella has been found in almost every continent, except Antarctica. Their discovery in Argentina indicates that at that time, this region would have been bathed by shallow waters, as part of a seaway that covered what is now Argentina, Brazil, and Africa in the ancient supercontinent of Gondwana.

These findings open a new avenue to our understanding of the composition and ecology of Ediacaran life within the shallow water settings developed within the first marine basins of this mega-continent.


Related Stories
Murusraptor, a megaraptoran theropod from the Late Cretaceous of Patagonia
Saber-toothed cats once hunted in South America
Terror birds had booming calls
The crocodilian rulers of pre-Amazonian Peru
Weird mammals get a home in the tree of life
//sulc.us/05d1b
/articles/fossils-of-oldest-multicellular-organisms-found-in-south-america/