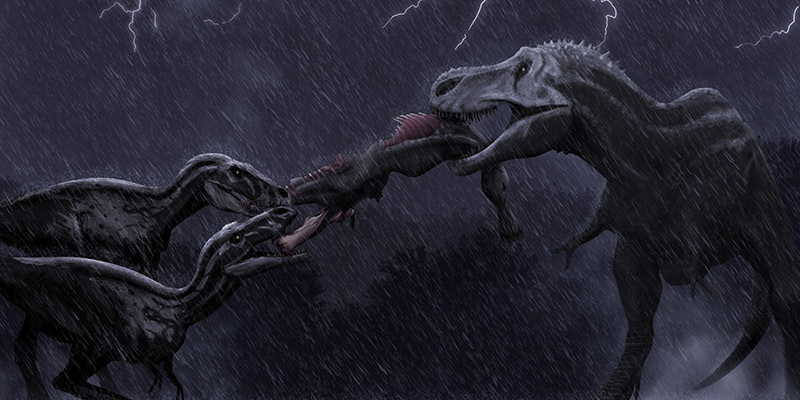 All Posts
We all know Tyrannosaurus rex as North America's biggest and most terrifying land predator. It ruled the continent 66 million years ago, dominating its prey and rivals with its 9-ton bulk and bone-crushing jaws. However T. rex was not exactly as American as we once thought.

Evidence that the famous T. rex might not have been a North American native has emerged through research conducted by paleontologists Stephen Brusatte University of Edinburgh in Scotland and Thomas Carr from Carthage College in Wisconsin. This new study was published February 2, 2016, in the online journal Scientific Reports and concerns the classification and family relationships of the tyrannosauroid dinosaurs. Altogether, 28 tyrannosauroids were used in the research.

One of the main bits of evidence the study gathered was the idea that not only were the tyrannosaurs spread around the Northern Hemisphere long before the continents split apart but that Tyrannosaurus itself did not evolve in North America. Rather, it or members of its family may have crossed to America via a temporary land connection with Asia during the Late Cretaceous.

Brusatte mentions that many of T. rex's closest family members are indeed Asian. These include the similarly large and robust tyrannosaurs Tarbosaurus and Zhuchengtyrannus from Mongolia and China respectively. Brusatte and Carr's study thus contradicts the idea that Tyrannosaurus' ancestors emerged in North America and kept evolving to get to T. rex's proportions. 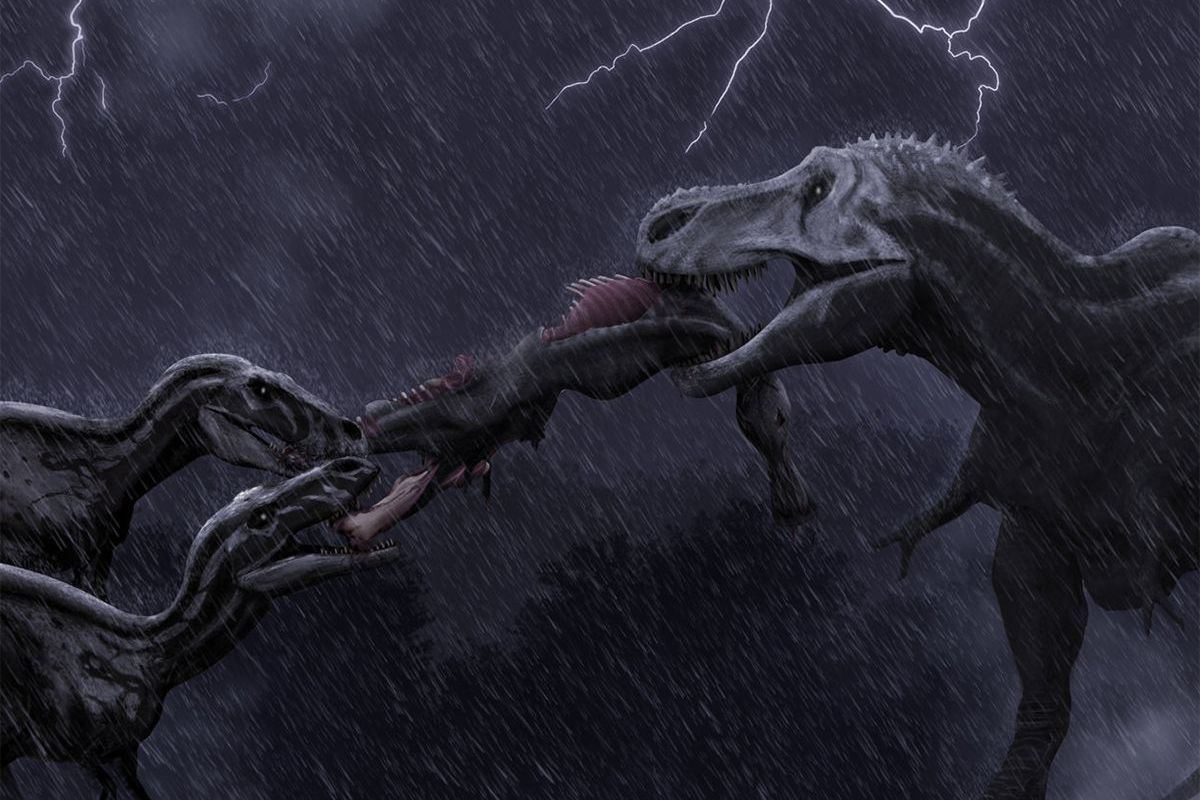 Battle of the tyrants
An adult Tyrannosaurus rex tries to steal carrion from a pair of teenagers during a storm.
Chris Masnaghetti

However, he also mentions that at the time when these Asian beasts trekked over, there was a rapidly shrinking seaway that split North America into two islands. There was Laramidia in the west and Appalachia in the east. By around 67 million years ago, when Tyrannosaurus appeared, the other native tyrannosaurs were probably extinct or rapidly dying out.

The Western Interior Seaway was closing fast, creating a more continental climate and a newer range of fauna. Thus T. rex, the newcomer to the continent, was left as the sole giant predator in Laramidia until the dinosaurs met their untimely end. Fossil evidence in the Hell Creek Formation of South Dakota, and other rock formations, suggests that Tyrannosaurus was not just the only big predator but it was also one of the most common predators of its environment.


Related Stories
Fossil Pokemon and their extinct inspirations
Dance of the dinosaurs
Kosmoceratops was the frilliest of all the ceratopsians
Dinosaurs of the North Pole
T. rex's smaller cousin was dinosaur brainiac
//sulc.us/bkfcu
/articles/t-rex-was-likely-an-invasive-species/