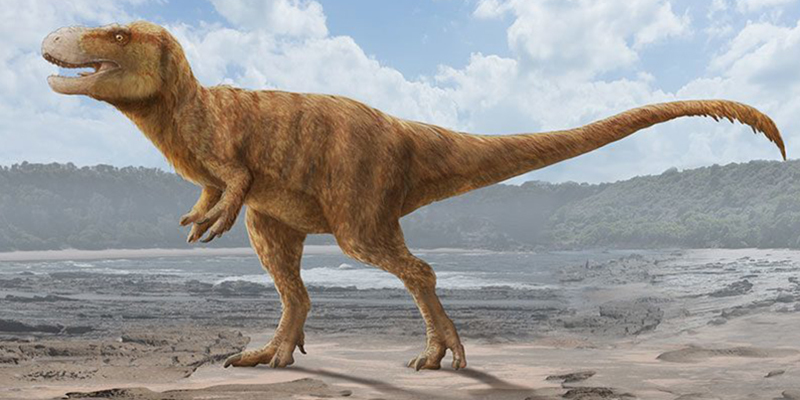 All Posts
We all know and love Tyrannosaurus rex for its raw power, awe-inspiring charisma and predatory prowess. However, there has also been a massive and mysterious gap in the tyrannosaur evolutionary tree for a long time. That is, until the discovery of the not-so-little Timurlengia.

The discovery of a dinosaur’s braincase is always a precious thing in the fossil record. Braincases are important to paleontologists in helping to determine the acuity of dinosaurs' sensory arsenal. Enter Timurlengia euotica. It was described scientifically by well-known paleontologist and tyrannosaur expert Stephen Brusatte, with a team comprising Hans Dieter-Sues, Amy Muir, Ian Butler and Alexander Amerianov. The study, which was published in Proceedings of the National Academy of Sciences, has taken the world of paleontology by storm.

At first, the animal seemed to be just another typical early tyrannosaur in terms of its dimensions. It was about half a ton in weight, somewhat sizable by today’s standards but downright puny compared to its gigantic later relatives. Yet from the bones we have, which consist of skull bones and postcrania (remains from the body), we can see that this predator may have been quite similar to its later descendants. It had the famously small but muscular arms and two-fingered hands of later tyrannosaurs as well as the possibly large and strong skull that made them such celebrities in the dinosaur world. In short, it was setting the physical blueprint for the giant predators of the future. The monstrous likes of Tarbosaurus, Albertosaurus and T. rex would owe their body plan entirely to Timurlengia and its line of animals in what is known as the “head-first” model of tyrannosaur evolution.

According to Brusatte and colleagues, this is among the few good tyrannosaurs from the middle of the Cretaceous. There is a large blank spot during this time, around 90 million years ago, a supposed transitional period when these creatures began to grow more like their later descendants. Many primitive genera held lower niches in the ecosystem, surviving as jackal-like hunters while only a few side branches of the family emerged as top predators where they lived. Studies of Timurlengia show us that the characteristic huge heads of the most advanced tyrannosaurs evolved before their massive size could, an interesting revelation for many paleontologists. 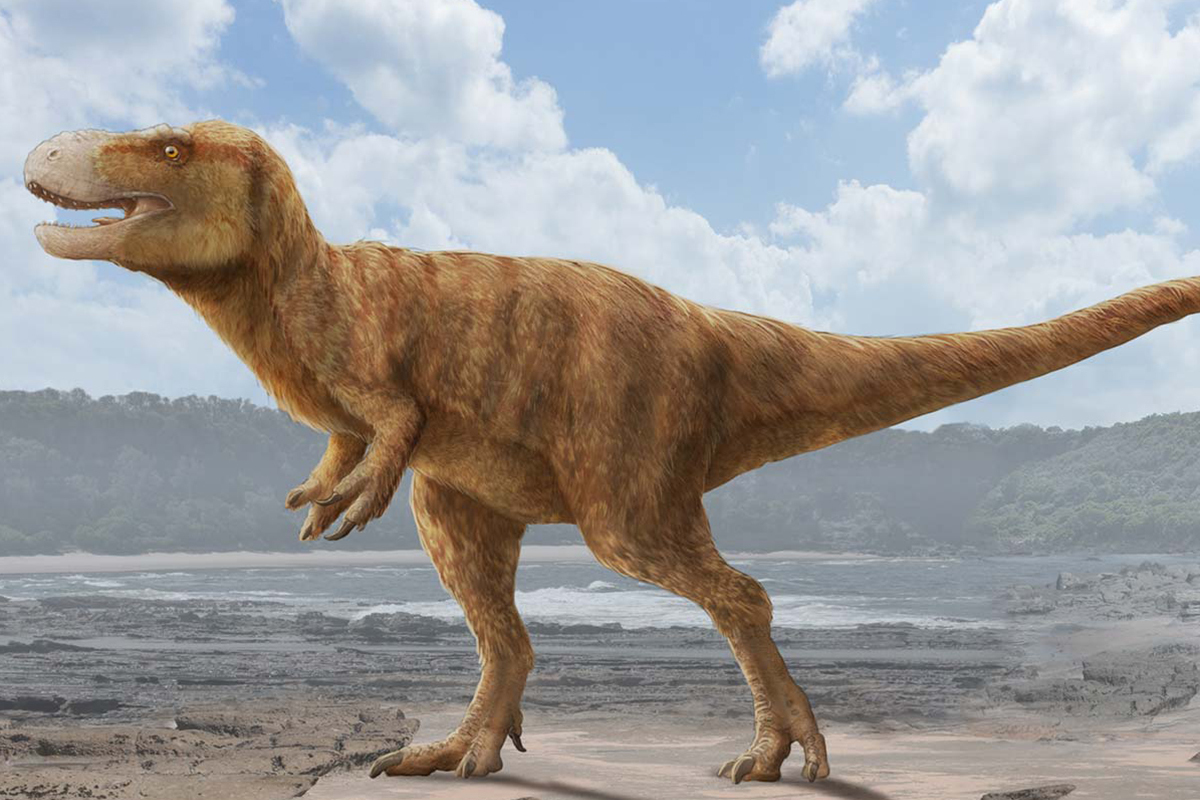 Roar of the Timurlengia
A lone Timurlengia stands on a beach in Cretaceous Uzbekistan, jaws open in display.

Its braincase was also found, and it was this that gave rise to even more surprises. For example, studies of its senses show us that even these were remarkably similar to those of late advanced tyrannosaurs. Timurlengia euotica borrows its name from Timur, a Mongol warlord and its species name comes from the fact that it likely had incredibly good hearing. The animal’s cochlea or inner ear was one of the elements revealed by CT-scans of the braincase as the scientists tried to determine the efficiency of its hearing and other senses. Later tyrannosaurs are famous for having incredible senses, from a powerful sense of smell to binocular vision in the case of T. rex.  and Brusatte was able to fit the new creature into a tyrannosaur cladogram or family tree that also managed to shake up a few notions about the evolution of this group of dinosaurs.

We never really associate Uzbek rocks with dinosaurs, but in reality a great number of the Mesozoic mainstays have been discovered at the fossiliferous location of the Bissekty Formation, located in the Kyzylkum, a desert in the north of the country. At the time, around 90 million years ago, there were lakes and forests here and among the trees roamed a wide variety of animals. The site has previously shown us a wonderful ecosystem with big herbivorous duckbills the size of a rhino, primitive cousins of Triceratops, armored ankylosaurs, raptor dinosaurs and extinct birds. Crocodiles, big flying reptiles and mammals make up the rest of the fauna. And now we have what might be the formation’s apex predator. Hans Dieter-Sues also adds that Timurlengia was a swift pursuit hunter that probably took full advantage of its impressive array of senses and its slicing teeth to go after its prey. Timurlengia has been helpful in filling in the mid-Cretaceous tyrannosaur gap and more is yet to be found in the bones of this swift and crafty hunter.