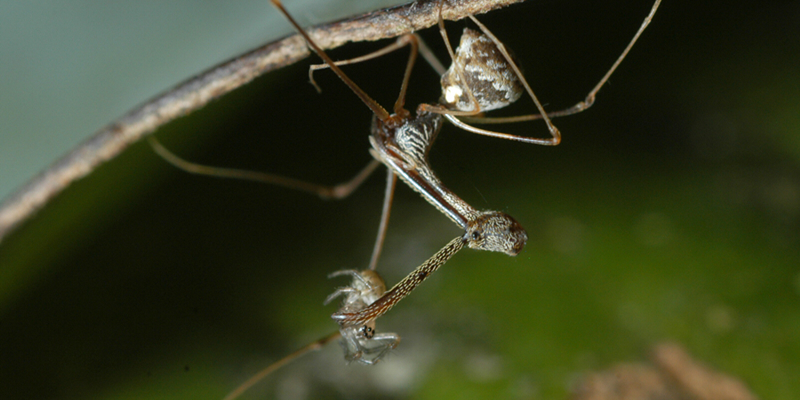 All Posts
Assassin spiders, or sometimes called “pelican spiders” are a rather rare group of spider-eating spiders. Their highly modified anatomy causes them to look like alien creatures, however these modifications do have a purpose: to catch and kill other spiders.

The Archaeidae are a family of spiders that were at first only known from fossil records, the yellow translucent so-called Baltic amber can trap and preserve insects and other inverts for millions of years. It was presumed these spiders went extinct a long time ago, but a shocking discovery was made when one of these spiders was found in Madagascar, with more to be found in South Africa and Australia as well.

The Archaeid spiders have some bizarre features not found in other families of spiders: the long specialized mouthparts, two well-developed eyes, and a long “neck”. Let’s first look at the mouthparts of the spiders, the so-called “chelicerae”. Chelicerae are fang-bearing segments found in all spiders, used to inject the prey with venom. The extremely long chelicerae of the assassin spiders have developed a series of long spikes to keep the prey perfectly in place when grabbed. 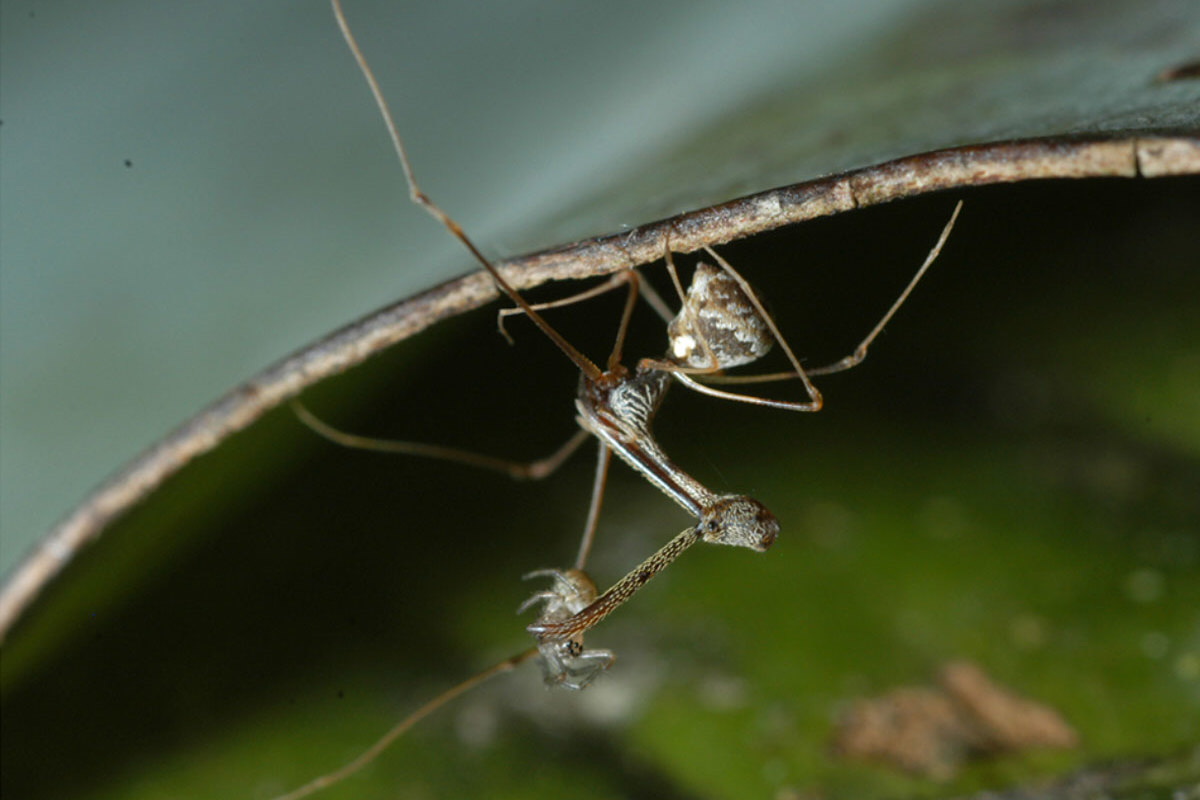 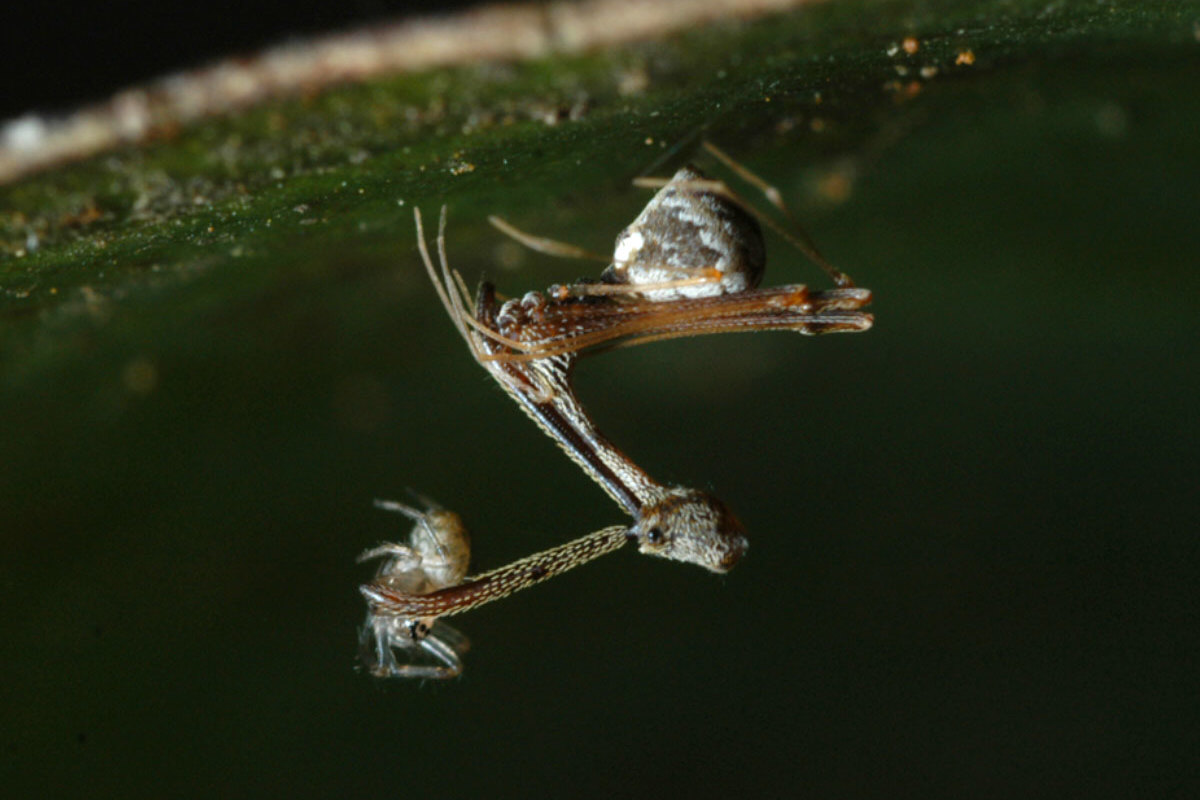 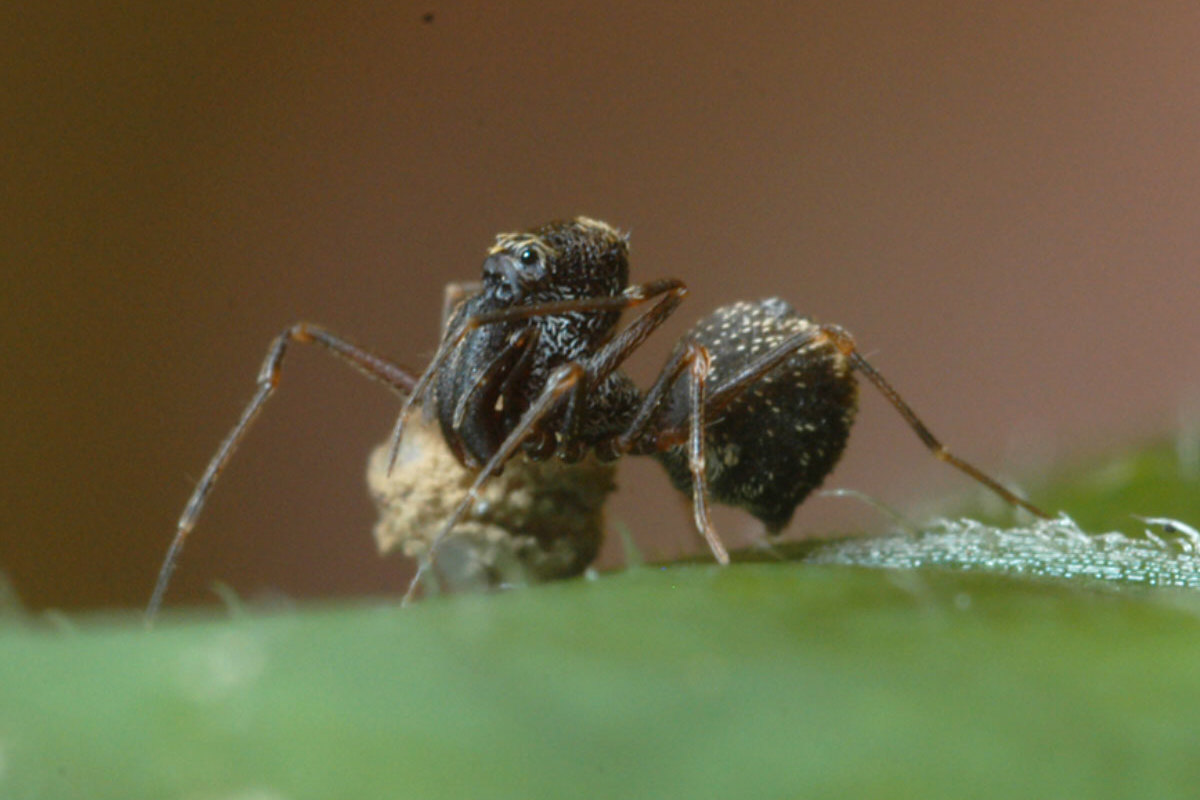 Afrarchaea sp
This South African species shows a much smaller neck than the other ones.
Dr. Jeremy Miller

The most interesting feature would be the long “neck” the spiders have. Why would they have developed such a long neck? Jeremy Miller, arachnid-expert and Biodiversity researcher in the Naturalis Biodiversity Center in the Netherlands said: “What is weird in these arachnids is that they have developed a region between the head and the part where the legs are implanted, whereas other spiders don’t have this structure: everything is just fused together.” The elongated neck area of these spiders is suggested to probably have evolved because of their diet, just like the long mouthparts. The longer the neck and chelicerae, the further the spider can reach to catch its fast prey. Looking at the long legs of assassin spiders, it is suggested they are not that fast; to compensate the body parts elongated.

Although the explanation of the neck is found, this does not explain why there is so much variation in neck and mouthpart lengths between the species. There are accounts of species with a slightly elongated neck, but often these are overshadowed by the long-necked ones. In addition, the elongation is suggested to be independently evolved in Madagascar from the other regions.

While we already know a lot about these spider-eating spiders, they are still understudied by experts. In my opinion they have to be the weirdest spiders out there, but there has to be much more that we can learn from these innocent little killers.

I would like to thank Jeremy Miller for his help writing this article, for giving permission to use his photos and for providing jokes about spiders with “long faces”.

Werner de Gier is a Biology student, aspiring scientific illustrator and invertebrate-enthusiast from the Netherlands. His writings can be found on his blog.