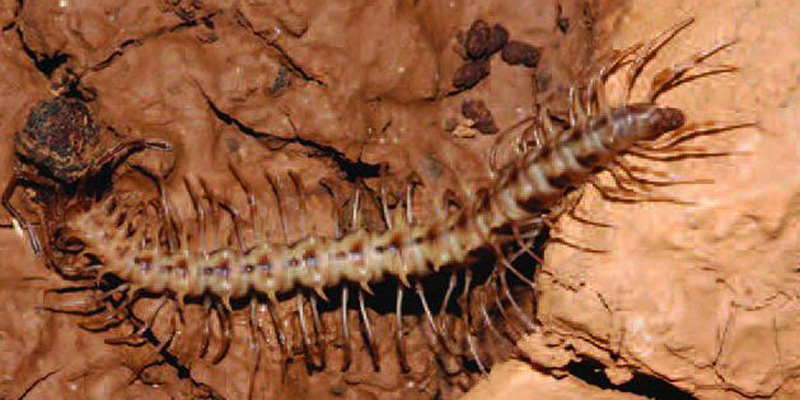 The many legged cave dragons of China

All Posts
These dragons, clad with armors of spine-like projections, can produce hydrogen cyanide to repel unwanted intruders.

Dragon millipedes, as they are known, first came to the public’s attention when a shocking pink species was found in Thailand in 2007. For researchers, the discovery showed how understudied millipedes were and that there are plenty more to be discovered in in the region and around the world.

Although not known for their vibrant coloration, the six newly discovered dragon millipedes highlight the diversity of this group. Their extremely elongated legs and antennae make them resemble stick insects with extra appendages, according to researchers.

Some of them are also known for their white, semi transparent appearance typical of cave dwelling creatures which have no need of vision. This discovery was made possible by an International joint research from China, Russia, Germany,covering the extensive cave systems of Guangdong and Guangxi Zhuang of South China.