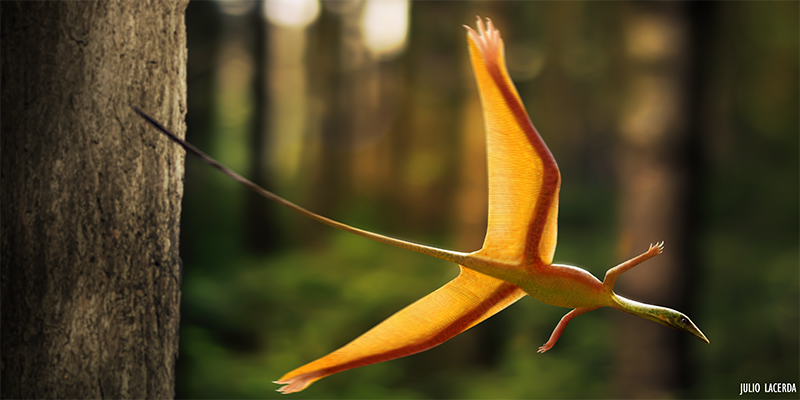 All Posts
Sharovipteryx, from the Mid Triassic of Kyrgyzstan had the oddest "wings" of any fossil reptile, stuck to its hind limbs. This unique delta-winged creature glided effortlessly between the trees of its forest home. It was a design that would never again reappear in nature.

Longisquama, the Triassic reptile with bizarre skin growths on its back, is not the only strange little climber of its time. Sharing the trees of the Madygen Formation was the lanky Sharovipteryx. It too was remarkably lizard-like and probably lived very much like its contemporary.

However, the animal, named and described by Aleksandr G. Sharov in 1971, had another type of odd appendage. It had a membrane stretching between its highly elongated hindlimbs and down its torso. This membrane prompted the early name of Podopteryx, which is actually the genus name for a damselfy.

It was only later in 1981 that it was renamed, as Sharovipteryx mirabilis, a name meaning “Sharov’s wonderful wing”. The animal is known from only one specimen, or the holotype, the specimen upon which the species description is based. It is an articulated skeleton, quite complete and well-preserved so it is somewhat easy to produce a confident bodily reconstruction of the creature. 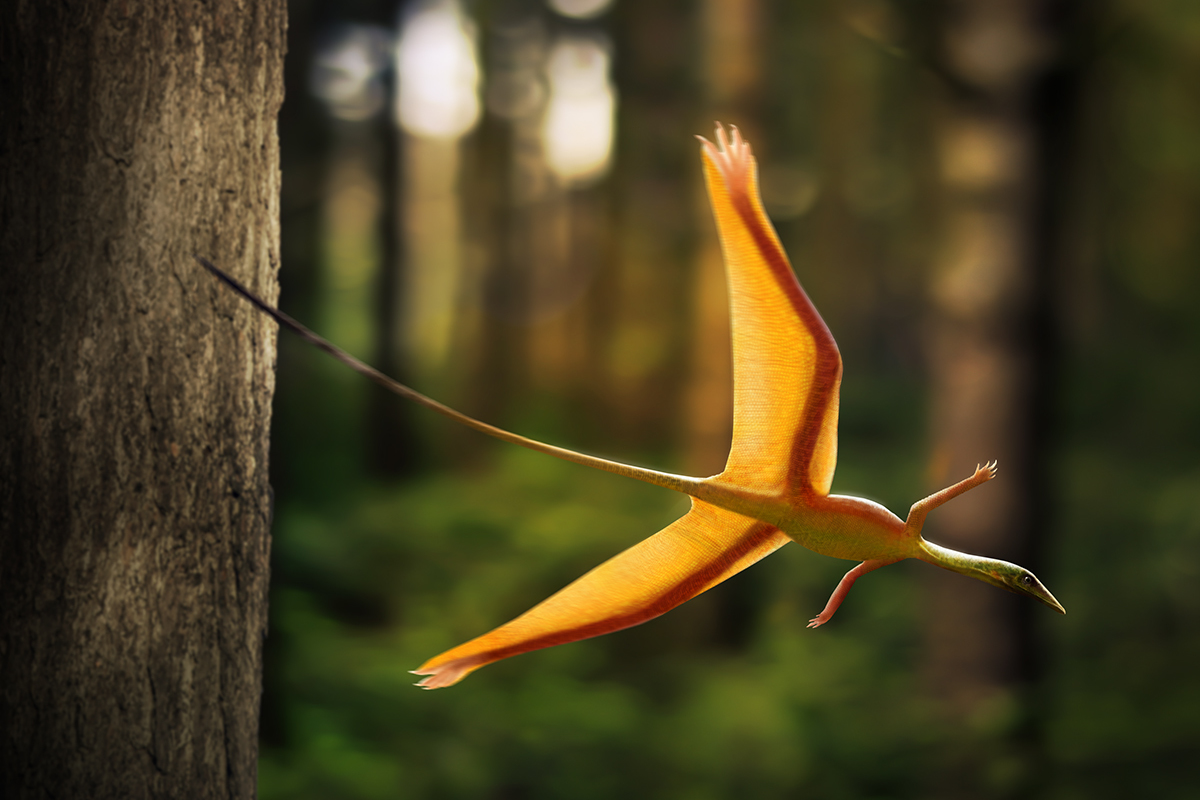 This fossil shows a 25-centimeter animal, very thin and narrowly built with a small, 1.9-centimeter skull. The teeth were spaced widely apart in the animal's jaws. It had wide, five-toed feet and lengthy legs in proportion to its body. Skin impressions from the holotype show it was covered in overlapping, lizard-like scales. The characteristic hind leg "wing" membrane is made of skin, with no scale cover.

The animal has been classified as a member of the Protorosauria. For a long time the Protorosauria, also known as Prolacertiformes were known to encompass some decidedly bizarre and somewhat popular Triassic reptiles. In their ranks are such odd animals as the famed Tanystropheus, with its famously preposterous neck configuration.

Sharovipteryx itself represents an enigmatic body design, with no other hind leg-based gliders around after its extinction. Today's flying lizards, colugos, sugar gliders and flying snakes are nothing like it in terms of anatomy and gliding style.

Studies published in the journal Evolutionary Biology in 2006 by G.J. Dyke and colleagues show that Sharovipteryx was a delta-winged glider. It may have used its very much shorter and thinner front limbs like an aeronautical canard while in the air. They were also probably part of the "membrane" and helped the animal steer.

The idea of being delta-winged means that the hind leg-"wing" configuration gives the animal a triangular gliding surface. This same configuration meant a somewhat more efficient system than even the modern flying lizard Draco volans. This extant lizard of similar habits uses elongated skin-covered ribs to achieve short, powered glides through the trees of South Asia. Several of these reptiles have come and gone, several existing during the Triassic itself.

Sharovipteryx's "wing" membrane must have been unique not because it was such a one-off but because of the anatomy of the creature itself and the time during which it lived. According to Mark Witton, it is not that the gliding mechanism was inefficient. Instead, to develop this wing configuration, he believes that the animal's ancestors had to start out as climbers with enormously elongated back legs that splayed out to the sides. From here it was just a matter of leaping from tree to tree, just like any other gliding arboreal animal, either living or extinct. That is, an animal with the same configuration as Sharovipteryx, or possibly a relative or ancestor.

A long-legged biped without this kind of leg rotation could never develop this system. The protorosaurs themselves never made it past the Triassic, hence the end of this odd gliding system. According to Witton, the long-legged Sharovipteryx was not just an evolutionary oddball but also a member of an evolutionary line that would prove to be unlucky.