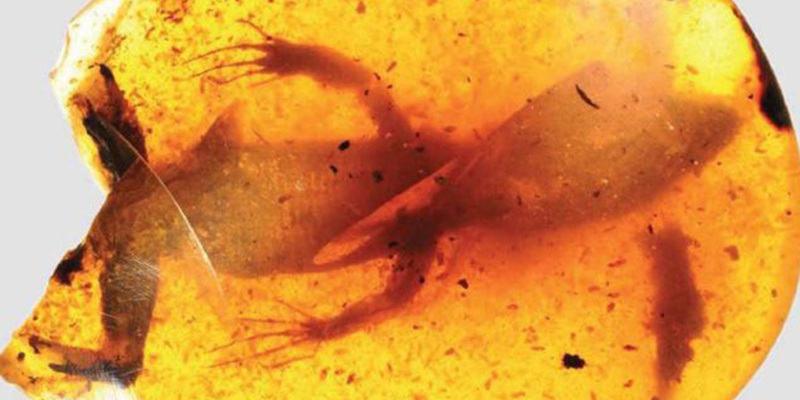 All Posts
We may never resurrect a living dinosaur from DNA in amber. But we can accurately reconstruct the anatomy of other beautiful little creatures lying trapped for the past 99 million years. Scientists are doing this now, with a set of unfortunate Burmese lizards.

A groundbreaking new study, published in the journal Science Advances in 2009 revealed an incredible find to the world: A set of small lizards, trapped in Burmese amber. The discovery was described by a team comprising Edward Leo Stanley, a postdoctoral researcher at the Florida Museum of Natural History, and renowned amber expert and curator in the division of invertebrate zoology David Grimaldi from the American Museum of Natural History. The fossils dated back to the mid-Cretaceous, around 99 million years ago, to the twilight years of the dinosaurs. While no dinosaurs have been discovered in Myanmar’s rocks, there have been other surprises here.

These rocks are the well-known amber deposits in the famed Hukawng Valley. They reveal impressive remains of a large Cretaceous forest that existed during this time. Amber, or fossilized tree resin, has always been an excellent preservative. Petrified insect remains are known from amber deposits but sometimes even larger forest creatures can get stuck in the viscous liquid.

The Hukawng Valley finds consist of mostly lizard remains. The lizard remains are so well preserved that they show not just bones but also skin, scales and other soft tissues Had the lizards fallen to the forest floor, they would not have been fossilized very well. The tiny bones would have broken up and their little bodies would have decomposed in the tropical heat. Tropical forests in general are not good for the preservation of fossils. 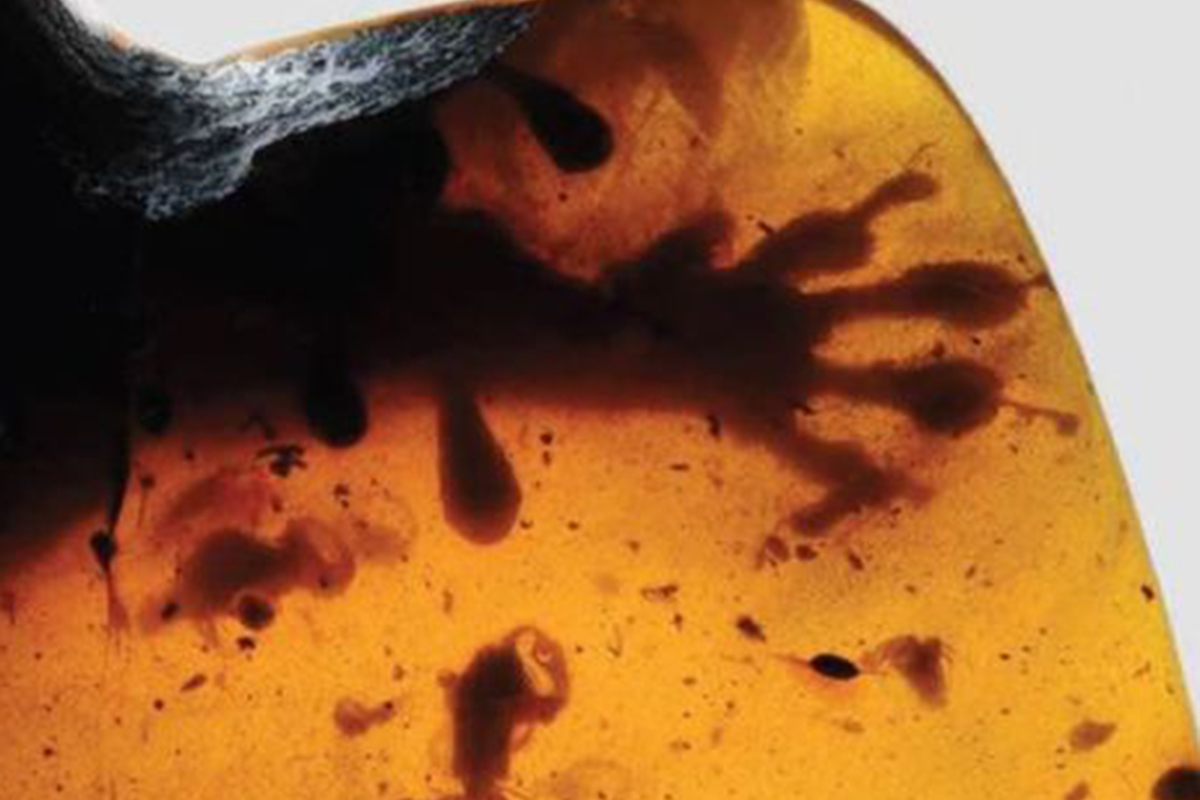 Gecko foot in amber
The foot of a primitive gecko shows the toe pads in the amber.
Daza et al/Sci Advances

According to Grimaldi, lizards are rare in amber deposits so the finding helps to fill in a number of gaps in the ancient Burmese forest ecosystem. Edward Stanley, coauthor of the paper, managed to perform wonderful 3D CT scans of the amber fossils. By peering into the amber, he discovered that there was a vast diversity of animals in the pieces. There was a variety of species and from various lizard families too.

Stanley recognized the lizards for what they were, from primitive geckos to early ancestors of the chameleon family. Some of these lizards were tiny, barely half an inch long while the biggest were roughly 6 centimeters long. The smallest one was both an ancestral chameleon and a baby. It was possibly newly hatched. Even its skull can be observed from all three dimensions thanks to the science of CT scanning. According to team leader Juan D. Daza from Sam Houston State University in Texas, the little lizard lacked the extremely specialized feet of a modern chameleon but still had a curled tail and might have fed with its tongue, also found preserved in the amber. The fossils not only help to shed light on the lost world of the Cretaceous undergrowth but also help to push back the ancestry of chameleons to a far earlier date than was previously thought.