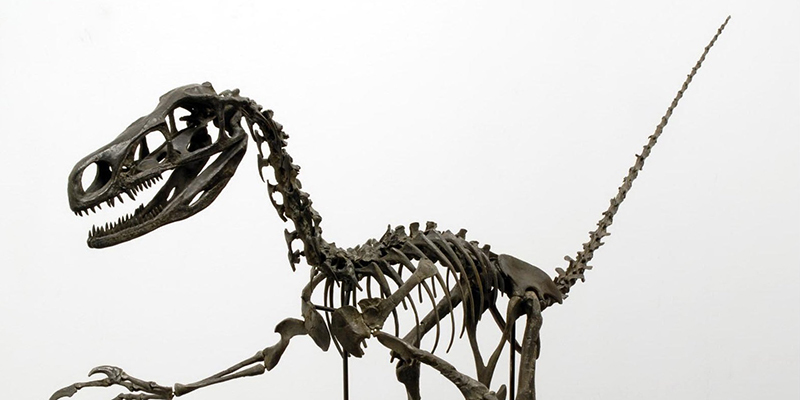 New Japanese dinosaur was no Godzilla

All Posts
Japan has merely seven dinosaurs altogether. This one was small, omnivorous and related to the famous raptor dinosaurs. It is also the country’s most complete dinosaur to date.

The Japanese dinosaur Fukuivenator was an omnivorous dinosaur closely related to birds, and also as the most complete Japanese dinosaur. It is possible that this dinosaur had developed a slightly more herbivorous lifestyle over time, thus making it quite a unique animal among its kind. It was a basal maniraptoran, a close relative of both the famous “raptor” dinosaurs, the ornithomimids or “ostrich mimics” and of course the birds.

The animal would have been 2.45 meters long and weighed 25 kilograms in life. Fukuivenator’s bones were discovered in 2007 and were scientifically described by a team comprised of Xu Xing, Yoichi Azuma, Soichiro Kawabe and Masateru Shibata of the Fukui Prefectural Dinosaur Museum. It was found in the Fukui Prefecture region, an area that has in the past, been famous for the six other dinosaurs found on the islands.

The locality of Katsuyama in the Fukui Prefecture is dinosaur central for Japanese paleontologists. Many of the most important Japanese dinosaur finds come from the Early Cretaceous rocks of this region. So far, they have unearthed long-necked plant-eaters, medium-sized predators and duckbill relatives. Now Japan gets its own version of a “raptor” with Fukuivenator paradoxus. Fukuivenator gets its name of course, from the Fukui Prefecture and the suffix “venator” which means hunter in Latin. The species name comes from the paradox that it clearly had the bodily features of a carnivore while having the teeth of a herbivore or omnivore.