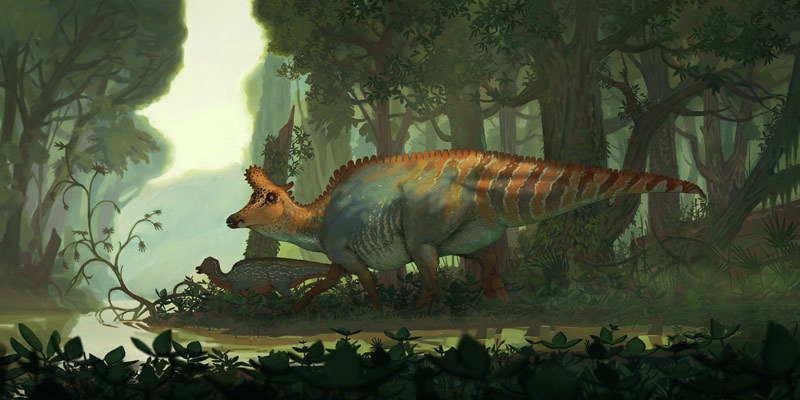 about 4 years ago by Scott Potter

All Posts
Studio 252MYA hopes to bring scientifically up-to-date paleoart to the masses. Where has paleoart come from and where is it going?

Paleoart shapes the viewer’s perception of the prehistoric world in an instant. These images of extinct organisms are etched in our psyche and forever change our understanding of life on Earth. This is a fact that has been proven time and again by the visionaries who have pushed the boundaries of this unique combination of science and art.

Prior to 1830, art depicting the prehistoric world was practically unknown to the public. Sure, scientists had been swapping drawings depicting the life appearance of fossil animals since the start of the 19th Century, but for the masses, fossils were hardly more than fancy rocks, with no idea of what these ancient creatures may have looked like. This changed with the creation of Duria Antiquior - A More Ancient Dorset, by English geologist Henry De La Beche.

This watercolor painting depicts a menagerie of creatures populating a coastal sea, engaging in the primal battle for survival. Snake-necked reptiles struggle in the toothy jaws of the fish-like monsters patrolling the deep, while a pair of leathery-winged beasts duke it out in the sky above. Basing his piece on the marine and flying reptile fossils pulled from the limestone of Dorset, De La Beche constructed the very first scenic recreation of the ancient world that was grounded in known science.

The discoverer of these Jurassic aged vestiges of the past, Mary Anning, often struggled financially, and was thus restricted in her quest to uncover more fossils. To help fund her expeditions, De La Beche sold prints of his new painting and donated the proceeds to Anning. The painting was so popular with wealthy benefactors and science enthusiasts that it was reprinted and redrawn multiple times and helped keep Anning afloat until her next big discovery. 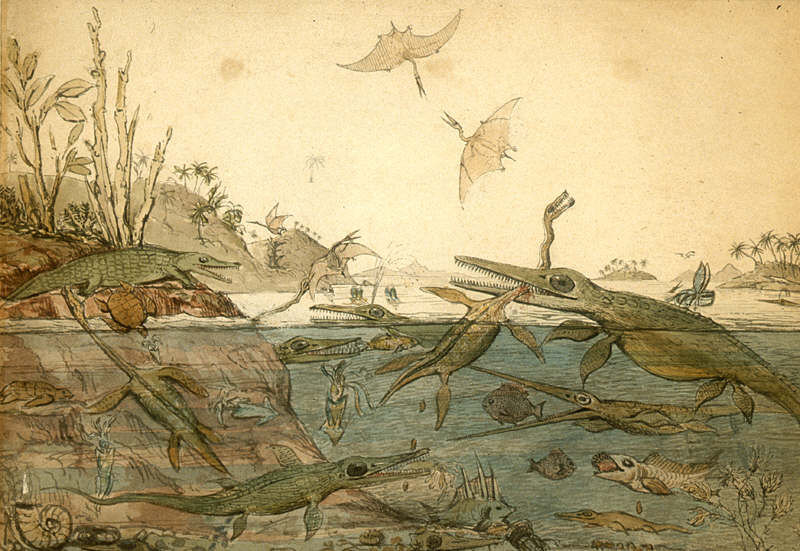 Duria Antiquior began paleoart’s legacy as a powerful tool for paleontology communication and as a means to support the science itself. Less than thirty years later, the majestic Crystal Palace Park sculptures by Benjamin Waterhouse Hawkins were unveiled. These meticulously assembled creations were comprised of various prehistoric creatures (including dinosaurs) and solidified the public’s expectation that fossil species were to be reconstructed, not just as prepared skeletons, but as living creatures that once roamed our Earth. 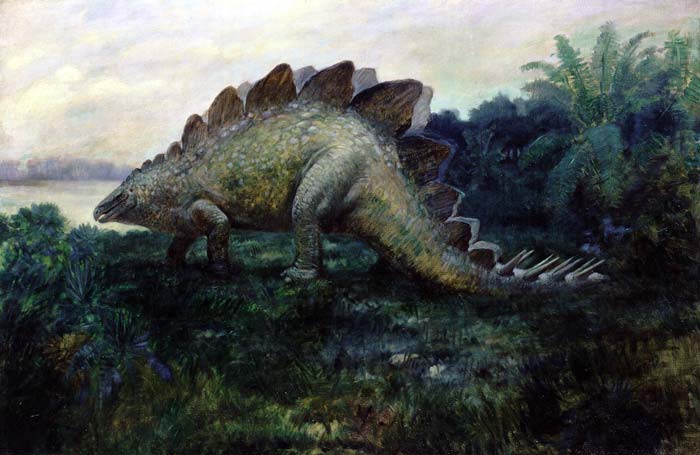 At the dawn of the 20th Century, paleoartwork became a mainstay of museums and exhibitions featuring ancient life. Artists like Heinrich Harder and Charles R. Knight solidified the well-known looks of the most famous extinct species. The icons of prehistory, like Tyrannosaurus, Triceratops, Brontosaurus, and Stegosaurus, made their way into films like The Lost World and King Kong. These cinematic representations were based heavily on the more academic paleoart of Knight, Harder and others, further etching images of these extinct beasts into the public consciousness and fueling museum ticket sales across the world.

Leap forward to the 1970s and the first major shift in our perception of prehistoric life was taking place. Rather than the cold-blooded swamp-dwellers of a primitive past, dinosaurs were reimagined as nuanced active animals that lived lives as complex as modern creatures. Artists of this time, such as Robert T. Bakker, Ely Kish and Gregory S. Paul, produced slim and dynamic representations of old favourites along with future superstars like Velociraptor and Deinonychus. 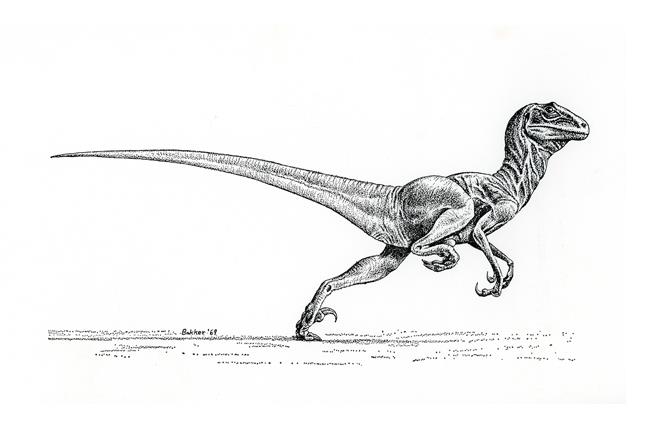 This transformation of the saurian image was known as the Dinosaur Renaissance and led to an exploding interest in palaeontology outside scholarly halls. Children’s books, comic strips and science fiction novels were filled with these new vibrant depictions of extinct animals. This culminated in what could be the most influential piece of paleo-media of all time: Jurassic Park. The 1993 blockbuster forever changed the mass perception of the prehistoric world and rebranded paleontology as a vigorous and relevant science.

From De La Beche to Spielberg, paleontology communication has hinged on good paleoart. Without the reconstructed images of fossil species to captivate the imagination, paleontology is crippled in its ability to educate the public in any significant way. 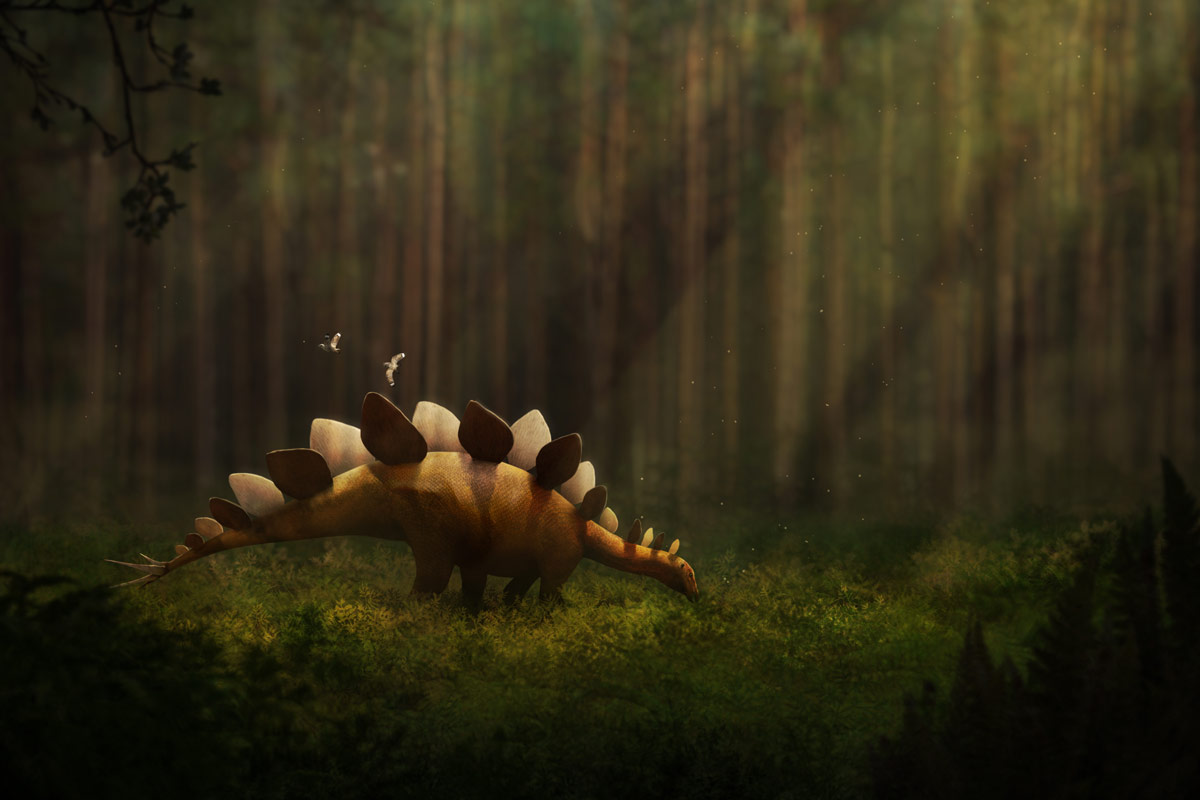 Now, in the 21st Century, we find ourselves in the latest paleoart revolution. Paleoart is now more than ever embracing the unknown and pushing the boundaries of speculation to illustrate fossil animals in the new and exciting ways. In this internet era the newfound access to paleontological data has inspired countless artists from across the globe to create innovative reconstructions of extinct species in a range of mediums. However, the ability for scientists and news organizations to utilize these up-to-date pieces is severely limited. Artists often disagree as to how their pieces should be used by other parties, resulting in many scientists and communicators opting for the out-dated or poorly rendered art that is already in the public domain. Press releases and news articles that cover new paleontology may feature art that is either archaic or wholly inaccurate, severely limiting public understanding of modern science. This is where Studio 252MYA comes in. 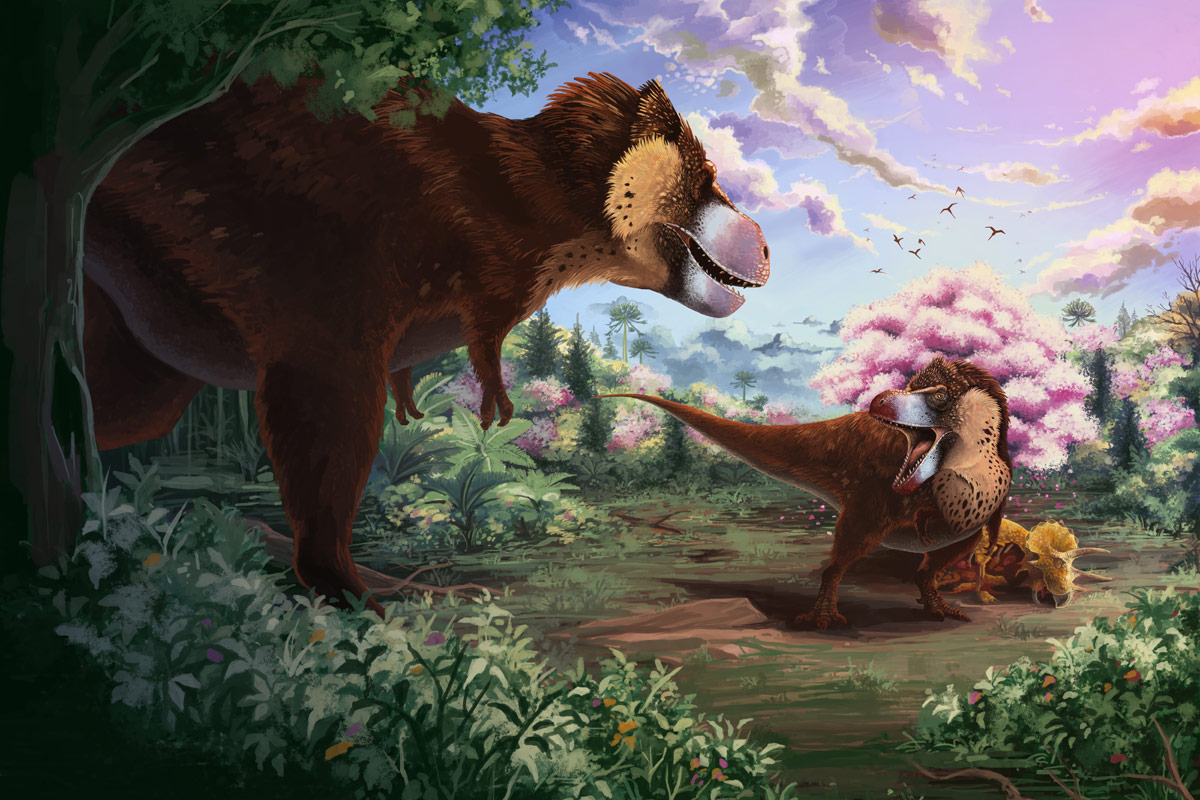 Studio 252MYA was founded by a group of scientists, artists, and technologists who aim to connect artists and their creations with fellow creators and the general audience. Through merchandising, Studio 252MYA will refresh the general public’s knowledge with up-to-date reconstructions that they can really nerd out to. Meanwhile, scientists and science communicators will be able to browse through and use the images meticulously crafted by their artists for use in their own projects. By building this bridge between artists and educators, Studio 252MYA expects to make scientific knowledge more accessible to an even wider audience.

If we can learn anything from the artists and scientists who came before us, it is that the power of images to shape public perception cannot be understated and educators must have access to these images in order for relevant science to be communicated. 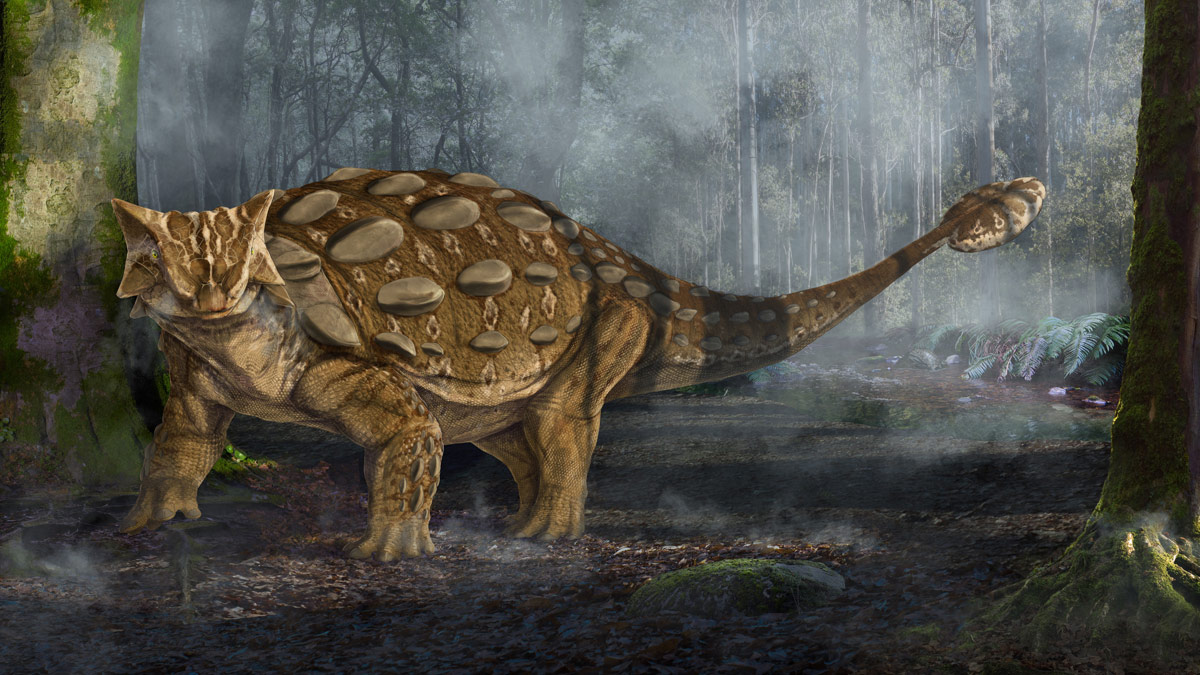