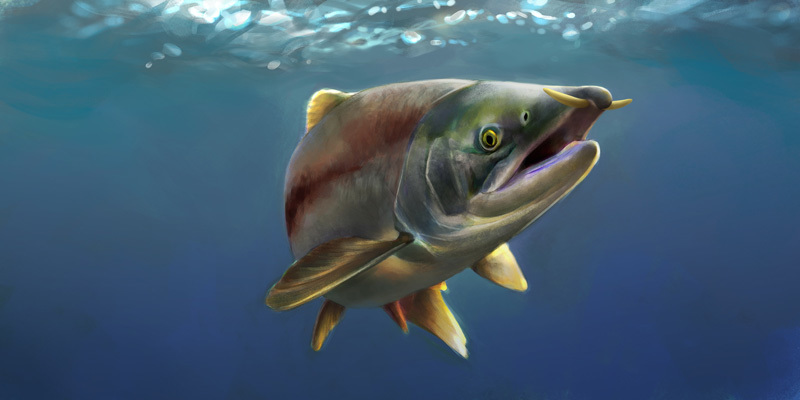 All Posts
The gigantic salmon, reaching 2 meters (6.5 ft) in length and weighing just shy of half a ton, had teeth that resembled a saber-toothed cat. Or so they thought.

For the first time, two new fossils of Oncorhynchus rastrosus were found with the teeth still attached to the mouth. These 5 million years old fossils from central Oregon clarified the actual position of the teeth, which pointed out sideways more akin to a warthog than a saber-toothed cat.

According to Kerin Claeson of Philadelphia College of Osteopathic Medicine, the fish may not have had other teeth. Instead of biting into prey, the salmons likely fed by filtering the water. Claeson also stated the possibility that the salmons may have had more teeth like today’s salmon, but reabsorbed them on their way back upstream during breeding season.

The teeth themselves might have been used as weapons or tools to move the stream bottom rocks around to secure their eggs. This unexpected finding highlights the diversity of fish evolution, as unexpected discoveries about these aquatic animals always happen from time to time. 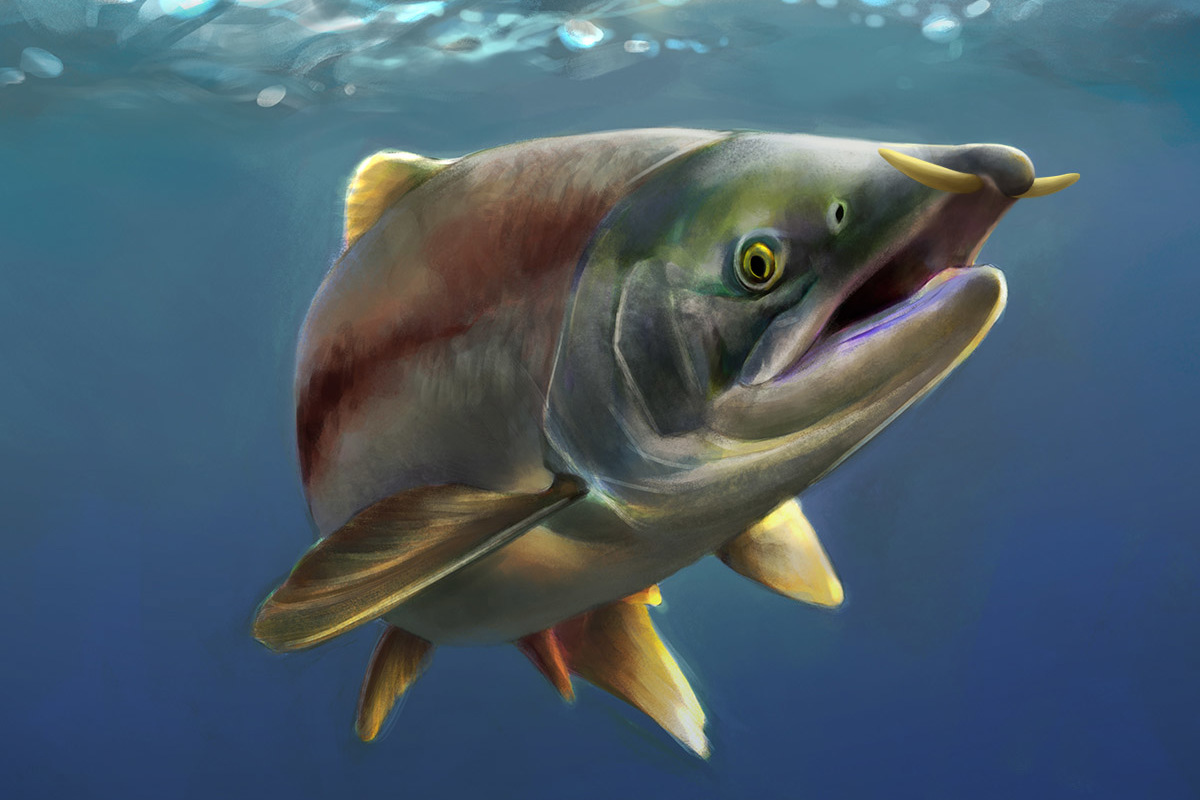