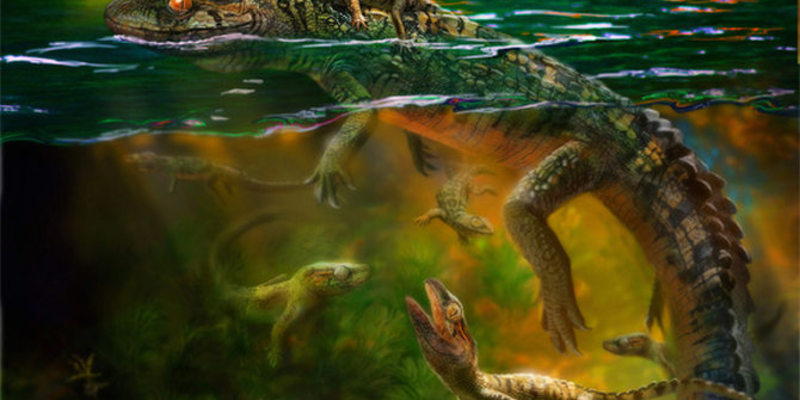 All Posts
A fossil from China showing a 160-million-year-old mother with six babies around her suggests that several extinct reptile groups might have been good parents.

When we think of reptiles, we usually don’t think of dedicated parents taking care of their offspring – that is a trait more commonly associated with the nurturing mammals and dutiful birds. With a few exceptions, such as crocodiles, most modern reptiles offer their babies little to no protection and instead leave them to fend for themselves. An early aquatic reptile from China did not fit this stereotype, however.

The animals found in the 160-million-year-old fossil unearthed in China were part of an ancient lineage of reptiles called Choristoderes. These were usually aquatic and semi-aquatic creatures distantly related to birds and crocodiles – both of which care for their young to some extent. The fossil consisted of a 2-foot-long adult surrounded by six smaller animals, presumed to be juveniles of the same species, Philydrosaurus.

The fact that all the proposed juveniles are around the same size is evidence that they were born from the same clutch. They were found in very close proximity to each other, leading the researchers involved in the find to believe that the adult is actually the babies’ parent – even though the possibility that they were all swept together by coincidence was considered. 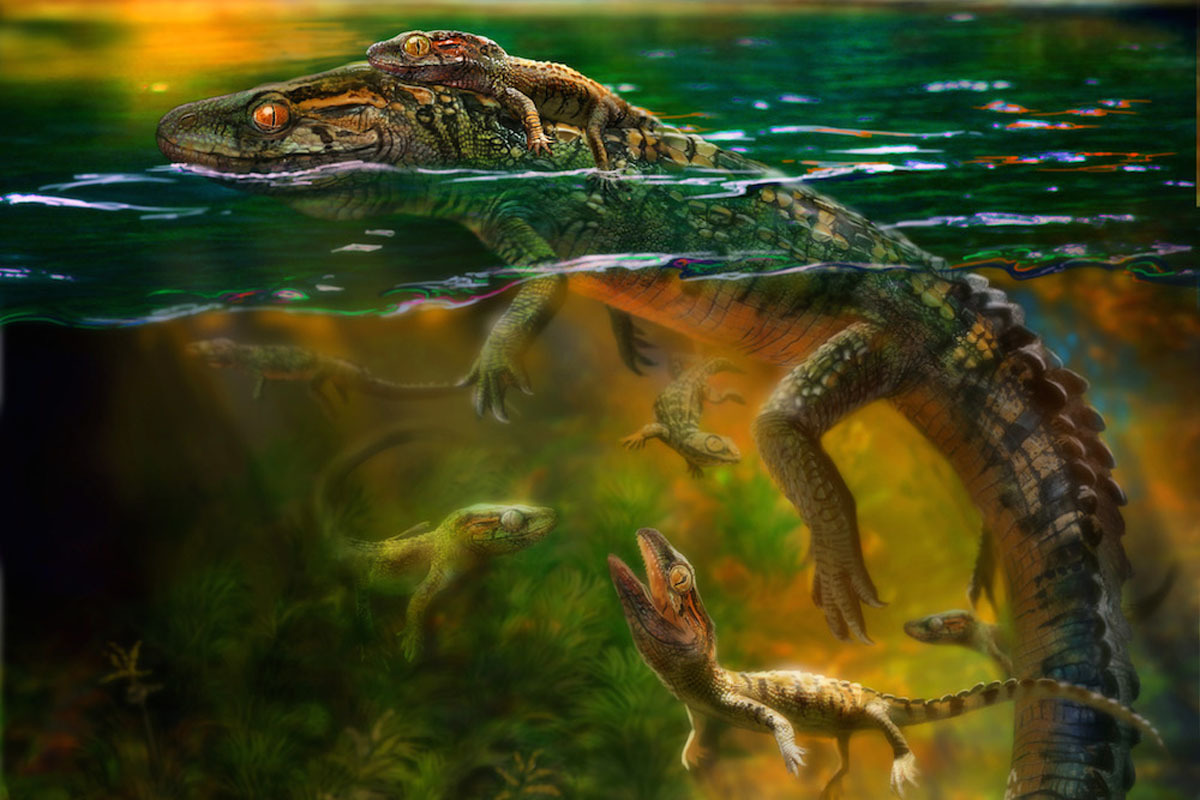 The presence of parental care in this species can tell us a few things about its lifestyle and the environment in which it lived. Extensive contact with offspring, especially among reptiles, is usually indicative of factors that put pressure on the survival of young animals (such as high levels of predation). That means taking care of your babies significantly increases the chances of them reaching adulthood.

If the researcher’s interpretation of the fossil is correct, it would be the oldest known display of parental care among diapsids – a group of animals that includes all modern reptiles, birds and their extinct relatives. Direct evidence of parental care in fossils is very rare, and previously has only been found in two species of dinosaur and a pelycosaur, a monitor lizard-like reptile. The discovery also casts some doubt on the assumption that reptiles don’t normally care for their babies and the ones that do are the exception – perhaps the opposite is historically true.