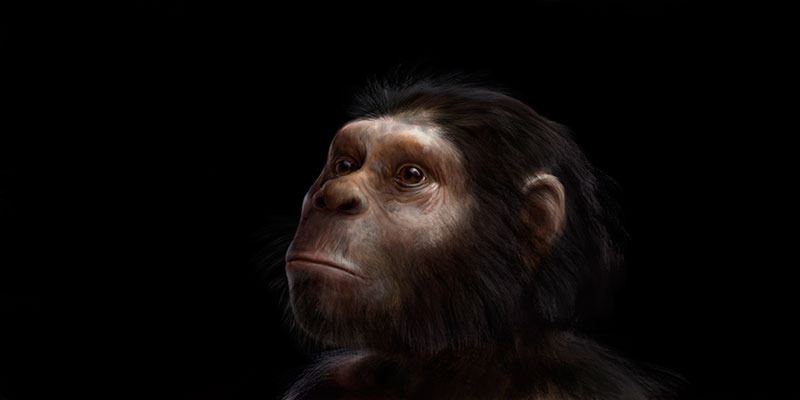 over 5 years ago by Paige Madison

All Posts
This species, called Homo naledi, is the largest discovery of hominin fossils in Africa. So far, over 1,500 fossils have been found, and at least 15 individuals identified. This is the largest discovery of a single hominin species in ever found in Africa. H. naledi contains a mixture of ape-like characteristics, including a small brain, mixed in with more modern, human-like traits.

Scientists have announced the discovery of a new human ancestor in South Africa. The fossils, found in a cave 30 meters underground, contain a mixture of human and ape-like traits and paint a picture of a transitional hominin between apes and humans. The bones were discovered within a cave system called Rising Star. These caves are located only 800 meters from the Cradle of Humankind World Heritage site, where hominin fossils have been excavated since the 1930s. Because the fossils display a never-before-seen mosaic of characteristics, researchers argue that they represent a new species of hominin, relatively closely related to humans. The scientists have named this species Homo naledi.

The H. naledi fossils include over 1,550 fragments of bone, making this the largest discovery of a single species at one location in Africa. Scientists led by Lee Berger at University of the Witwatersrand in Johannesburg and John Hawks at University of Wisconsin-Madison have identified at least 15 individuals from the fossils. While the individuals represent a range in ages, from infants to elderly, as well as both sexes, researchers argue that variation is slight and therefore they all belong to the same species.

The fact that so many individuals were uncovered in one locality makes this find very valuable in the study of human evolution. In a discipline where sometimes only half of a jaw bone is discovered, finding so many fossils at once provides a comparative wealth of information. For example, the H. naledi discovery at Rising Star allows paleoanthropologists to compare the differences between males and females, which are both present in the collection. 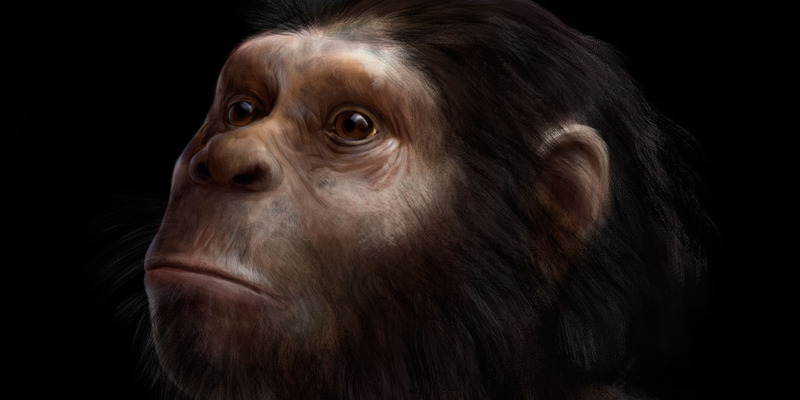 H. naledi appears to have been a relatively small hominin (smaller than humans today), with a small brain. However, this species had advanced ability to walk on two feet. The uniqueness of H. naledi lies in its combination of older features, as seen in Australopithecus specimens (which lived between two and three million years ago), alongside features of later Homo such as Homo habilis, and even some features that have never been seen in hominin fossils. Despite its small brain, H. naledi’s skull displays Homo features including the jaw shape and small molar teeth. On the other hand, bones such as the pelvis and shoulder are much more ape-like and primitive in H. naledi, similar to Australopithecus.

The mixture of primitive and derived traits can be seen in even condensed areas of H. naledi’s skeleton, for example the hand. While the wrist and finger bones’ proportions appear human like, the fingers are curved, suggesting a primitive ability to climb trees. Though much of the upper body suggests that these creatures spent time in the trees, the lower limbs and foot have human like adaptations to walking, such as a rigid mid foot for pushing off on the toes for effective walking. The researchers argue that in H. naledi differs in many ways from nearby hominin species such as Paranthropus, Australopithecus garhi, and others.

Berger and the other scientists named the fossils ‘naledi’ after the cave in which they were found. Naledi means star in the local Sesotho language. The chamber in which the bones were found, called the Dinaledi chamber, was very difficult to enter and could only be reached by small individuals. Paleoanthropologists had to squeeze through tiny spaces—one of which measured less than eight inches across—and descend steep rock falls to enter the chamber where the H. naledi bones were found. After finding the chamber in 2013 and sending his teenage son to confirm the presence of fossils, Lee Berger put out an ad on Facebook for small-framed paleoanthropologists to come help excavate the bones. Six women were selected, and they worked six-hour shifts in the pitch-black cave to excavate the fossils over the course of two field seasons.

The H. naledi fossils raise a number of interesting questions about human evolution. The first question is how old are the fossils? So far, paleoanthropologists have not been able to provide a date for the bones, which makes it difficult to figure out where they might fit in the human story. If the bones turned out to be three million years old, it would paint a very different story of human evolution than if the bones turned out to be 100,000 years old. Researchers have suggested that H. naledi’s small brain size is similar to hominins who lived from two to four million years ago, so it might date to that time period. However, until dating methods are applied to the bones or surrounding sediments, this is an unsupported hypothesis and the age question remains.

The next major question is how did the fossils come to be in this cave? Understanding the history of this cave is a crucial piece to this puzzle, for example, was there once another opening that was easier to access? The team published a related study alongside the fossil description that examines this issue and explores the geology and context of the cave. In this paper, scientists argue that a likely scenario is that the hominins deliberately brought the bones of their dead into this cave. One interesting feature of the cave that for Berger and Hawks helps support this claim is that almost no other bones have been found in the cave. This is odd, for in most collections of bones this large, hominins are mixed in with many other creatures.

The idea of these small-brained hominins intentionally depositing their dead is a very controversial claim, however. Many paleoanthropologists consider after death rituals to be a sign of advanced cognition, so the idea that a hominin with such a small brain was capable of performing this act is currently being debated.

The H. naledi fossils also bring to the forefront a big topic in paleoanthropology: how, when, and why did our own genus, Homo, begin? Most paleoanthropologists agree that the genus Australopithecus preceded Homo, but when exactly the transition from Australopithecus to Homo occurred is currently unclear. Other researchers have attempted to shed light on this issue with recent discoveries such as the Ledi-Guaru jaw from East Africa, but it remains hotly debated. In the case of H. naledi, the authors argue that, despite the Australopithecus-like features such as the primitive shoulder and small brain, the fossils should be considered Homo because they combine features that suggest modern Homo-like locomotion, modern chewing, and modern manipulation of the wrist and hands.

Though paleoanthropologists in general agree that this rich collection of bones is an extremely valuable contribution to science, just what, exactly, the fossils mean is still up for debate. The inclusion of naledi in the Homo genus, along with the intentional burial hypothesis, have raised questions for other scientists. The Rising Star team has suggested there is much more to come for the study of H. naledi. Analysis of this vast quantity of bones, as well as continual excavations, will take time and likely lead to new and interesting hypothesis about human origins.