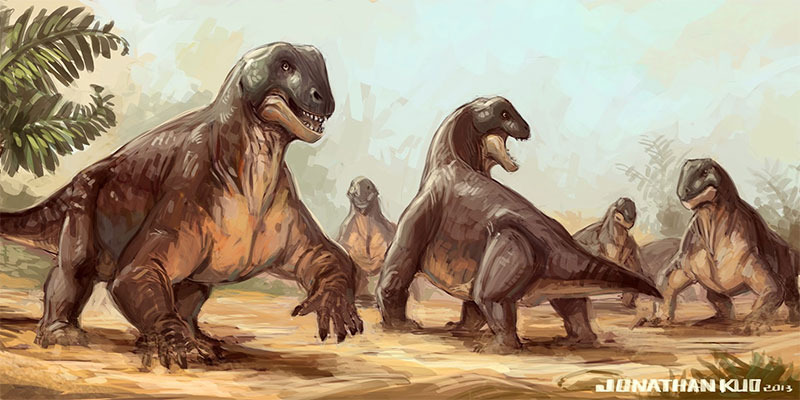 All Posts
An international team led by researchers from the Evolutionary Studies Institute (ESI) at the University of the Witwatersrand, Johannesburg, has obtained an age from rocks of the Great Karoo that shed light on the timing of a mass extinction event that occurred around 260 million years ago.

This led to the disappearance of a diverse group of early mammal-like reptiles called dinocephalians, which were the largest land-living animals of the time.

The project was led by Dr Michael Day, a postdoctoral fellow at Wits University, and the findings are contained in paper, titled: When and how did the terrestrial mid-Permian mass extinction occur? Evidence from the tetrapod record of the Karoo Basin, South Africa, published today, 8 July 2015, in the latest issue of the Royal Society’s biological journal, Proceedings of the Royal Society B.

The Karoo is very rich in fossils of terrestrial animals from the Permian and Triassic geological periods, which makes it one of the few places to study extinction events on land during this time. As a result South Africa's Karoo region provides not only a historical record of biological change over a period of Earth's history but also a means to test theories of evolutionary processes over long stretches of time. 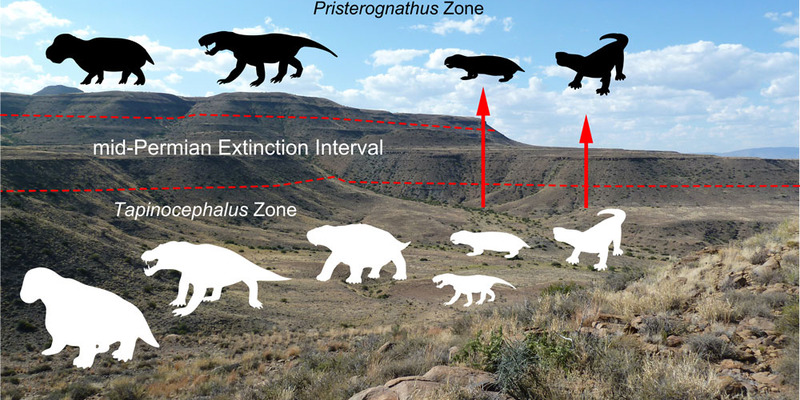 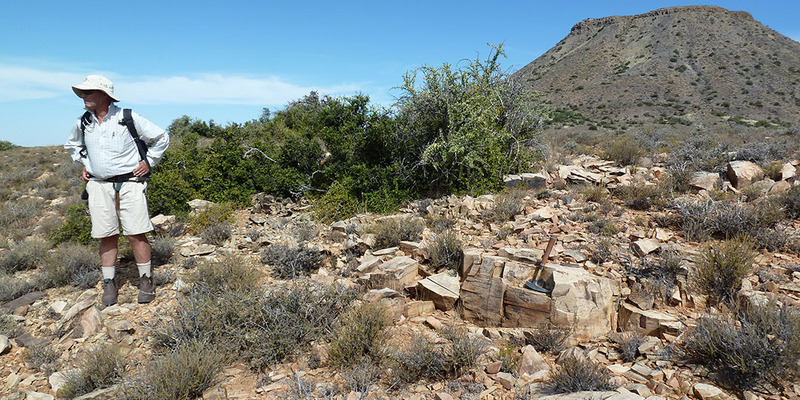 By collecting fossils in the Eastern, Western and Northern Cape Provinces the team was able to show that around 74–80% of species became extinct along with the dinocephalians in a geologically short period of time.

The new date was obtained by high precision analyses of the relative abundance of uranium and lead in small zircon crystals from a volcanic ash layer close to this extinction horizon in the Karoo.

This provides a means of linking the South African fossil record with the fossil record in the rest of the world. In particular, it helps correlate the Karoo with the global marine record, which also records an extinction event around 260 million years ago.

“A mid-Permian extinction event on land has been known for some time but was suspected to have occurred earlier than those in the marine realm. The new date suggests that one event may have affected marine and terrestrial environments at the same time, which could mean its impact was greater than we thought,” says Day.

The mid-Permian extinction occurred near the end of what geologists call the Guadalupian epoch that extended from 272.3 to around 259.1 million years ago. It pre-dated the massive and much more famous end-Permian mass extinction event by 8 million years.

“The South African Karoo rocks host the richest record of middle Permian land-living vertebrate animals. This dataset, the culmination of 30 years of fossil collecting and diligent stratigraphic recording of the information, for the first time provides robust fossil and radioisotopic data to support the occurrence of this extinction event on land,” says Day.

“The exact age of the marine extinctions remains uncertain,” says Jahandar Ramezani of Massachusetts Institute of Technology and who was responsible for dating the rocks, “but this new date from terrestrial deposits of the Karoo, supported by palaeontological evidence, represents an important step towards a better understanding of the mid-Permian extinction and its effect on terrestrial faunas.”

Reprinted from materials provided by University of the Witwatersrand