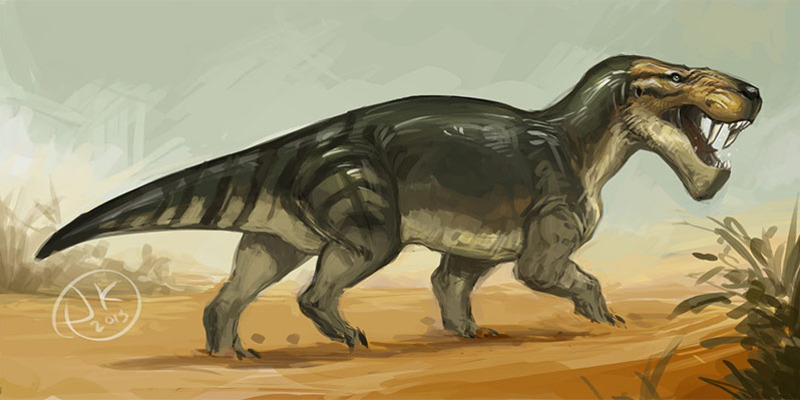 All Posts
One study explains how 270 million years ago, two different mammal relatives could have exhibited interspecies combat behaviors similar to today’s deer.

The study, conducted by Dr Juan Carlos Cisneros and his co-researchers of the University of the Witwatersrand examined the skulls of mammal relatives from the Permian Period. While saber teeth are commonly associated with a group of Ice Age felines and the saber-tooth reptile gorgonopsians, one peculiar species known as Tiarajudens eccentricus also possessed protruding canines despite its apparent herbivory.

This Brazilian species is known to be related to the South African species Anomocephalus africanus, discovered 10 years earlier, despite the latter’s lack of enlarged canines. In today’s herbivores such as the water deer, musk deer, and muntjac, enlarged canines are associated with combat displays between males. It is expected that Tiarajudens’ canines likely allowed the animals to keep each other off in a similar way.

Meanwhile, another group of mammal relatives known as dinocephalians that lived around the same age are known to have massively thickened foreheads. The researchers associated this feature with headbutting combat, another behavior exhibited by today’s multiple deers today.

This study examines the interesting comparison of today’s animal anatomy and behavior to better understand their distant relatives from hundreds of millions of years ago.