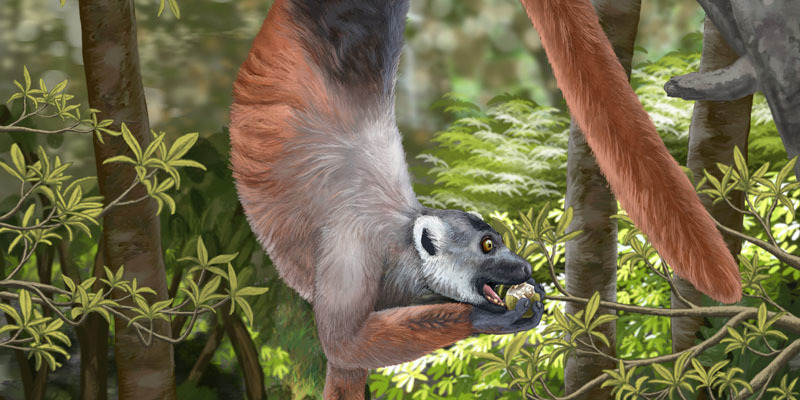 almost 6 years ago by Katherine Kurowski

All Posts
What is possibly the largest hoard of giant lemur remains has been discovered in an underwater cave in southwestern Madagascar. These remarkably preserved skulls and skeletons may just help researchers uncover the mystery shrouding Madagascar’s major plant and animal extinctions.

In October 2014, in the arid Tsimanampetsotsa National Park, a paleontological team explored Aven Cave, a 25-meter (82 ft) deep flooded sinkhole. Littering the dimly-lit silt cave floor lay several thousands of bones from dozens of species. The species ranged from the extinct elephant bird and horned crocodile to the still-living leaf-nosed bat. Thousands more remains could still be hiding underneath the cave floor.

These animals were unlikely to have visited or lived in the cave, so researchers aren’t certain how all these partially fossilized bones also known as subfossils got into the sinkhole. It is likely that water could have washed the animal remains from the surface into the formerly dry cave, evident by the presence of stalagmites and stalactites.

According to Alfred Rosenberger, the anthropologist and archaeologist who led the expedition, “sinkholes can often provide unprecedented views into the past.” The cave’s isolation and cold water protect the bones from “the ravages of bacteria, wind, and waves,” leaving “skulls and jaws virtually complete and, very often, even undamaged” – a rarity in mammal paleontology. 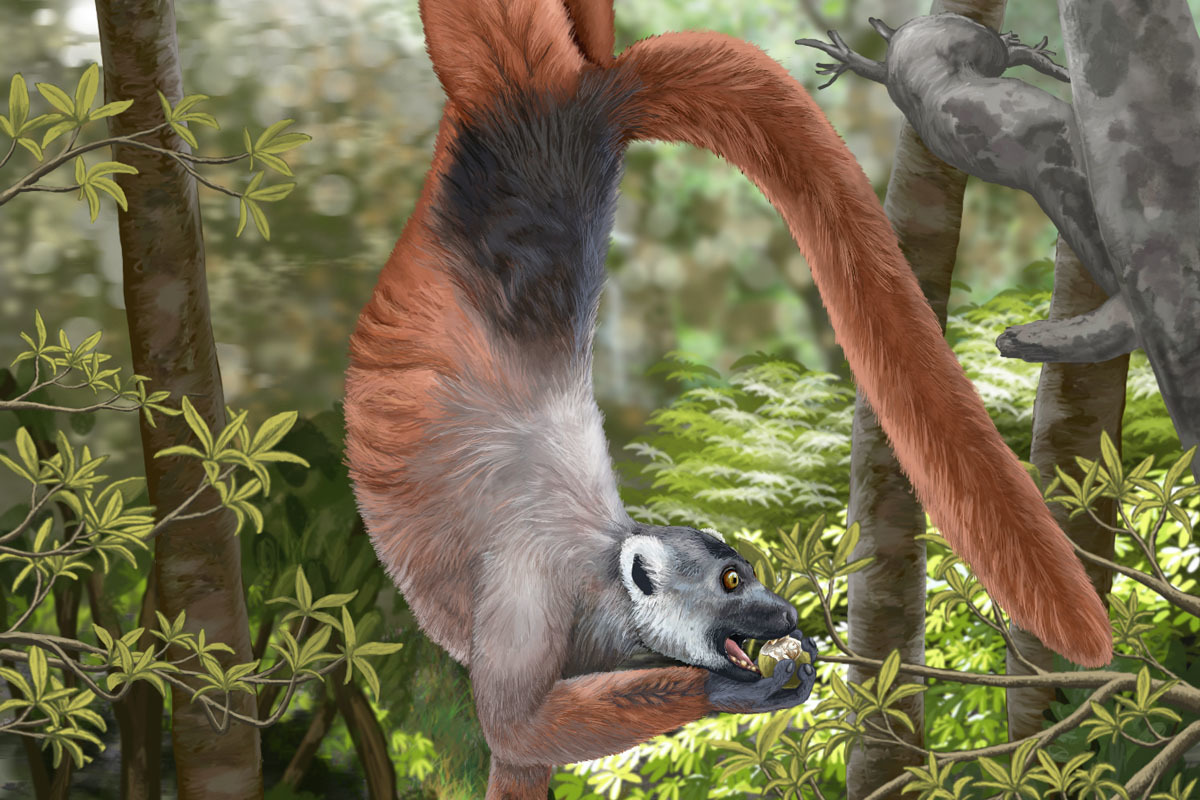 The most remarkable find, however, were the subfossils of the extinct giant lemurs, most notably Pachylemur insignis. This cache is by far the richest and most significant giant lemur site in all of Madagascar in terms of quality and quantity of material.

The submerged caves of Tsimanampetsotsa, Aven Cave being just one of three, hold much scientific promise as they paint a solid picture of past local biodiversity and may help explain the disappearance of Madagascar’s large animals and the large shift in ecology.

Humans arrived to the island more than 2,000 years ago, roughly the same time as the island’s dramatic extinctions of megafauna. Only one-third or a half dozen of the lemur species that occupied the region survive today. They range from 60 grams (2 oz) to slightly more than 3 kilograms (6.6 lbs). In the past, there were eight additional lemur species, giants ranging from just over 10 kilograms (22 lbs - Pachylemur insignis) to around 85 kilograms (187 lbs - Megaladapis edwardsi).

The loss of these giant lemurs has noticeably changed Madagascar’s ecology. In one study, for example, researchers found that some trees in western Madagascar are experiencing “limited dispersal services” and giant lemurs once provided these services.