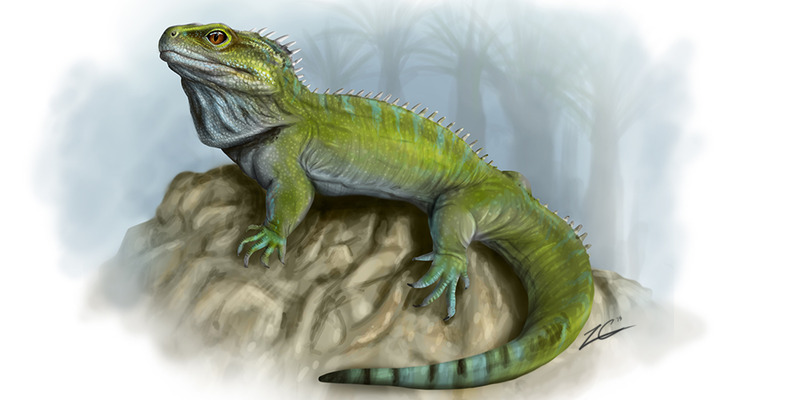 Fossil reptile from the UK will cast a spell on you

All Posts
A new 205 million-year-old fossil reptile named after a spell cast by Severus Snape of the Harry Potter films, has been unearthed in Southwest England.

Clevosaurus sectumsemper, an ancient reptile related to the modern-day tuatara of New Zealand, has now been described in the journal Proceedings of the Geologists’ Associtaion. Its species name is an homage to a spell cast by Severus Snape in the Harry Potter franchise.

The fossils were found in two fissures in a quarry in Gloucestershire in Southwest UK. The new species comprised upward of 98 percent of all the fossils in the fissures, with other related reptiles and fishes comprising the remainder. Many excellent-quality fossils have been unearthed in the Gloucestershire limestone quarries including other species of Clevosaurus, whose name comes from the Latin word for Gloucester, “Clevum.”

During the Triassic, some 205 million years ago, the area around Gloucester was an island chain and very likely not an incredibly hospitable place. C. sectumsemper lived near the coasts of the islands. According to Phys.org, lead researcher Catherine Klein said that living in such a hostile environment might explain some of the conditions of the bones. Because almost all the bones come from one species and because there are many rib fractures, the reptiles were likely competing aggressively against each other for the few resources in their ecosystem. Many of them show signs of having healed from their injuries.

Its name sectumsemper means “always cut”, referring to the reptile’s teeth, which were self-sharpening. Each time it would eat, the teeth slid past each other precisely, sharpening them.

C. sectumsemper would have fed on arthropods like insects and crustaceans, and other small reptiles. It likely had a varied diet like the living tuatara, another sphenodontian reptile that is the only surviving member of that group.