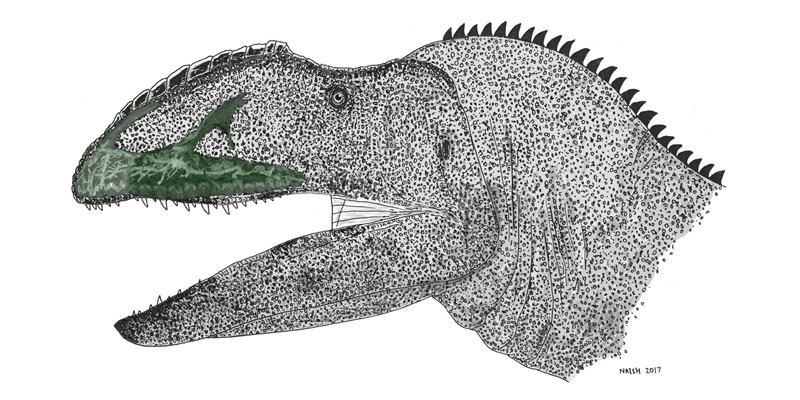 All Posts
Micro-CT scanning showed that meat-eating dinosaurs, known as theropods, had numerous pits on their jaws which are thought to be passages for nerves or blood vessels. Until now, this feature had received little-detailed attention except in semi-aquatic spinosaurs and giant tyrannosaurs.

In the study, paleontologists Chris Tijani Barker and colleagues examined the internal anatomy of the snout bones of the theropod Neovenator salerii. The scans showed that the small pits on the external bone surface were linked to a large branching channel within the bones. The internal anatomy was so well preserved, the researchers identified it as being formed by branches of the trigeminal nerve and associated blood vessels. Co-author Darren Naish said, “The results were unexpectedly good and reveal a level of anatomical detail we hoped for but didn't realize we'd actually get.”

The high concentration of nerves endings on the snout show that it was highly sensitive in Neovenator. “Quite what this facial sensitivity means for the behavior and biology of these animals is the big question - roles in feeding, foraging, nesting and social behavior are all possible,” said Naish. Barker and colleagues suggest that it would help theropods differentiate meat from the bone when feeding. This function is further supported by the pattern of wear on teeth and the rarity of tooth marks on dinosaur bones.

Additionally, the sensitivity could have played a role in maintaining nests. Most theropods are thought to have built vegetation covered mound nests on the ground, similar to living crocodiles. Increased snout sensitivity could help parents sense temperature and movement. 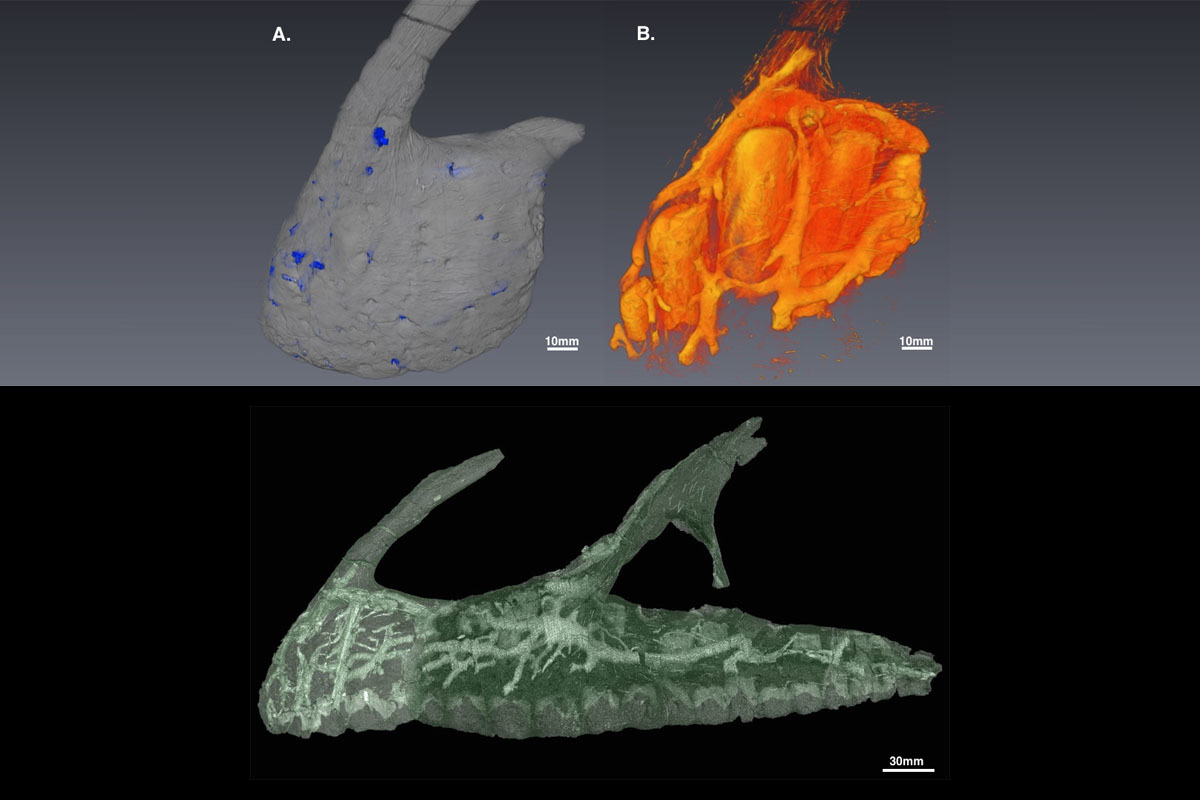 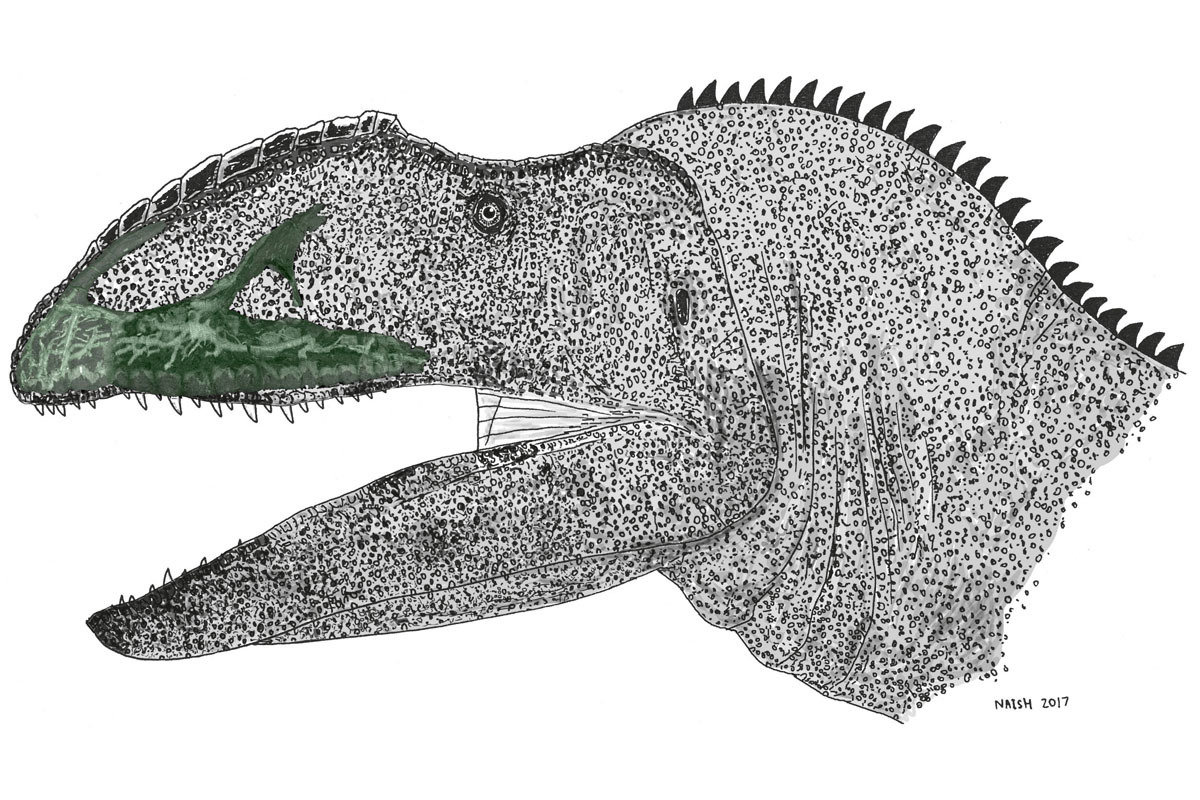 Portrait of Neovenator with the micro-CT scanned snout bones of the upper jaw superimposed showing the extensive network of facial nerves.
Darren Naish

Neovenator lived in the Early Cretaceous 130 million years ago and is known from the Isle of Wight off the south coast of England. It was a bipedal carnivore similar to the Late Jurassic Allosaurus from the western USA. Barker and colleagues point out that Neonevator's snout anatomy is fairly typical for most theropods, and it's likely highly sensitive snouts were quite widespread. Likewise, the density of pits on the surface of the bone indicate that Neovenator and most theropods had immobile skin that covered most of the surface of the snout.

This research provides insight into the anatomy and behavior of carnivorous dinosaurs. Further investigation of the internal anatomy of other theropod snouts may reveal more details of their lives.