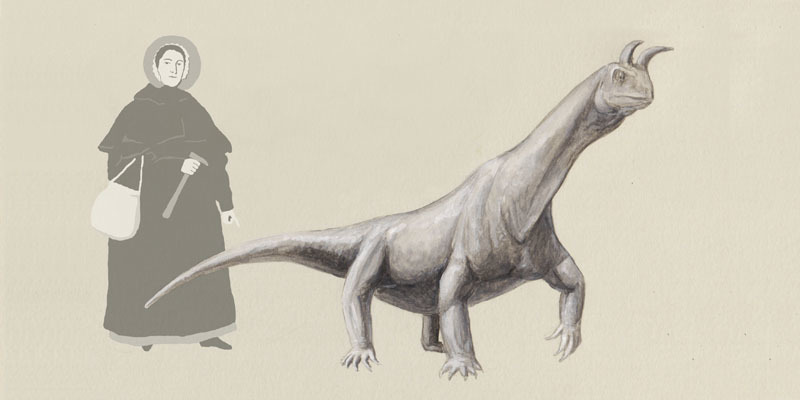 All Posts
A large plant-eating reptile fossil from the Middle of Triassic of India shows that some adults had brow horns and some didn’t. Researchers have suggested that the horned individuals were males who used their horns in combat trying to woo females.

When exploring the Middle Triassic Denwa Formation of Central India, paleontologists unearthed seven skeletons of one of the most remarkable fossil reptiles ever discovered.

Shringasaurus indicus was a barrel-chested reptile like a long-necked pig, with two curved horns over its eyes.

The horns emerge from the top of the skull and are forward-curving cones; remarkably similar to the brow horns of Triceratops. They are the most conspicuous features of Shringasaurus, which led paleontologists Saradee Sengupta and colleagues to use the Sanskrit word for horn, “śṛṅga,” in its name. Its teeth show that it was an herbivore, and at nearly four meters (13 feet) long, it was one of the largest herbivores alive at the time. 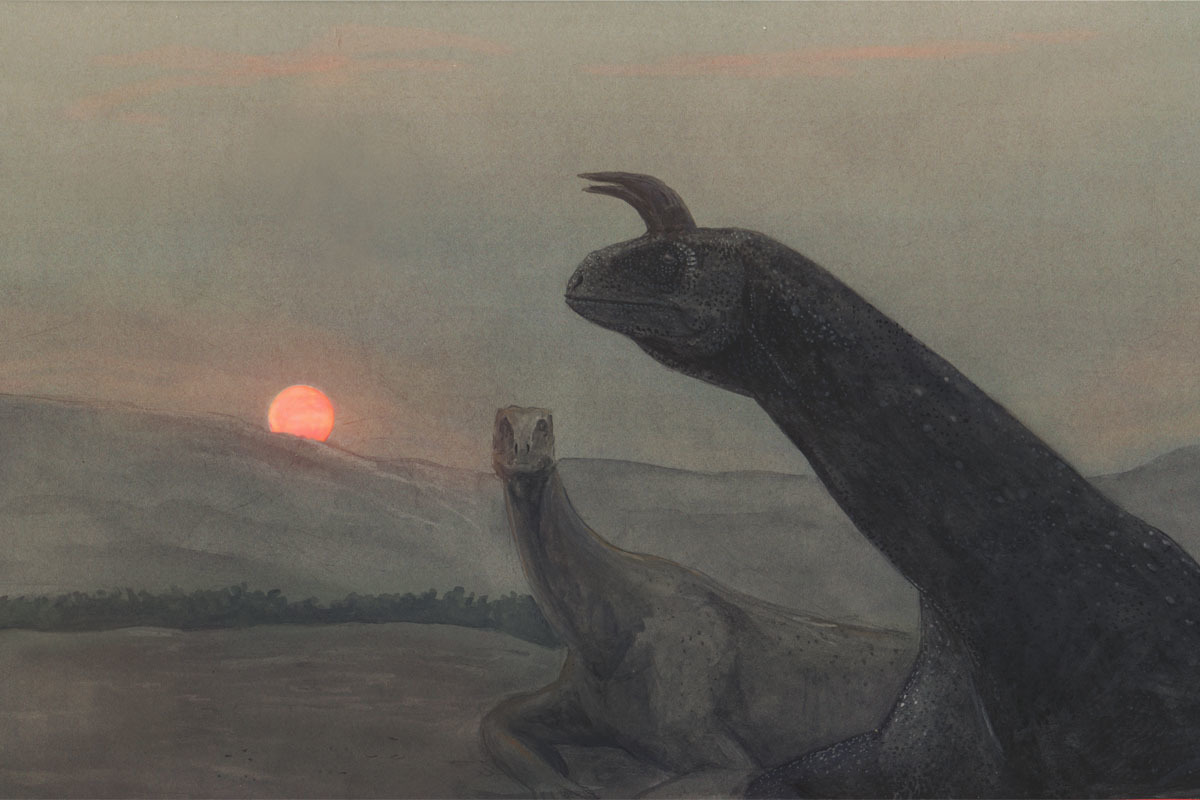 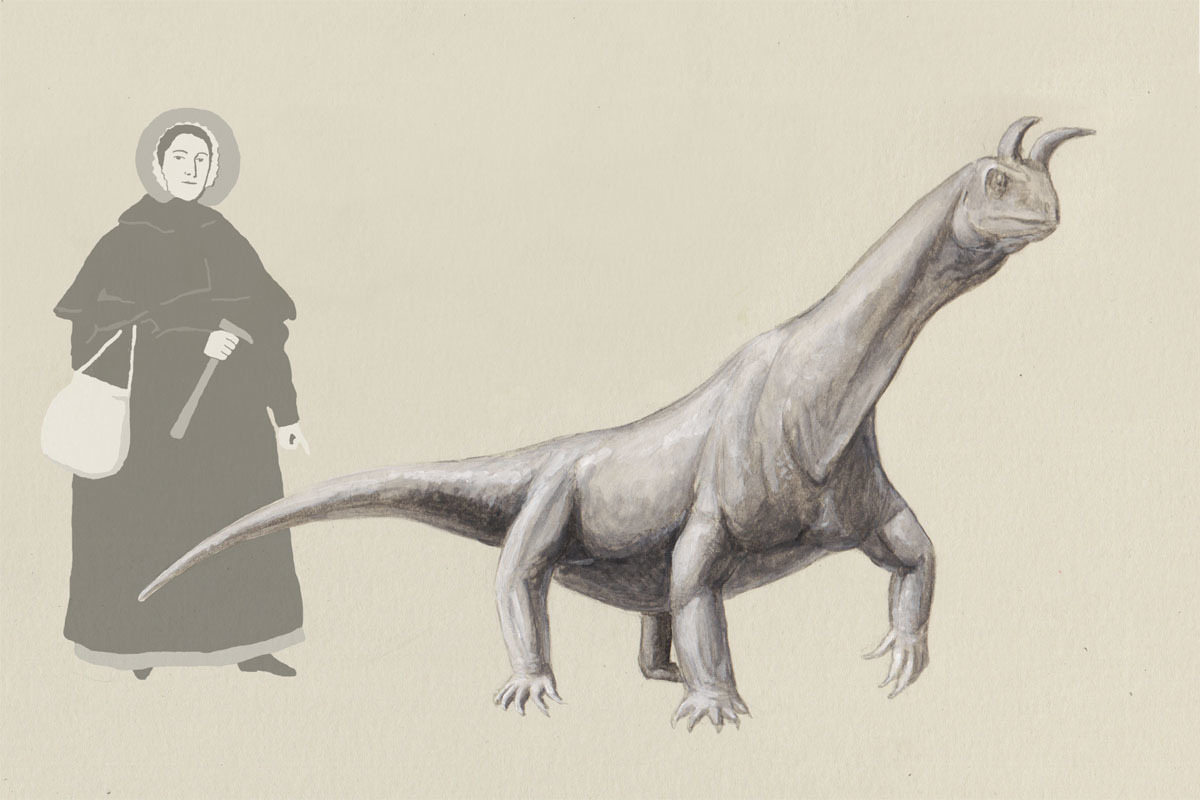 The neck was long and muscular, nearly as long as the torso. The round torso, muscular limbs, and relatively short tail give Shringasaurus the distinct look of a bruiser.

The horns also gave Sengupta and colleagues unique insights into the life of Shringasaurus and may explain why it grew so large. They found at least seven individuals of different ages in a small bone bed. Six of them have horns, but one nearly fully grown specimen lacked horns completely but was otherwise identical to the others. What’s more, those individuals with horns show a great deal of individual variation.

Sengupta and colleagues proposed that Shringasaurus was sexually dimorphic, with the horned individuals being males and the unhorned individual being a female. They imagined that the horns were used in combat between males, making a comparison to modern mammals like deer and sheep, whose males engage in combat using horns or antlers, and whose females have smaller or no horns. The large adult size, strong build, and horns are all thought to be the result of sexual selection where larger stronger males with more prominent horns were selected as mates by females.

Shringasaurus was an allokotosaur, a lineage of weird plant-eating reptiles from the Triassic including some iguana-like forms as well as long-necked barrel-chested animals like Shringasaurus. Allokotosaurs are part of a larger lineage called the archosauromorphs, which includes living birds and crocodilians, as well as a huge number of distinctive extinct groups of animals.

Archosauromorphs like Shringasaurus diversified rapidly in the Early Triassic in the aftermath of the Permian-Triassic extinction, the largest mass extinction in Earth’s history. Shringasaurus lived a mere five to ten million years after the extinction and is one of the several strange Triassic archosauromorphs like the long-necked fishing Tanystropheus, leg-winged gliding Sharovipteryx, and the thick-skulled Triopticus.

The Triassic was a unique time in Earth’s history, documenting a rapid biological recovery after the extinction event. New fossil discoveries like Shringasaurus show that the Triassic still has much to offer. The period ended with another mass extinction wiping out many archosauromorphs, including the allokotosaurs, leaving just crocodilians, pterosaurs, and dinosaurs, which gave rise to birds.