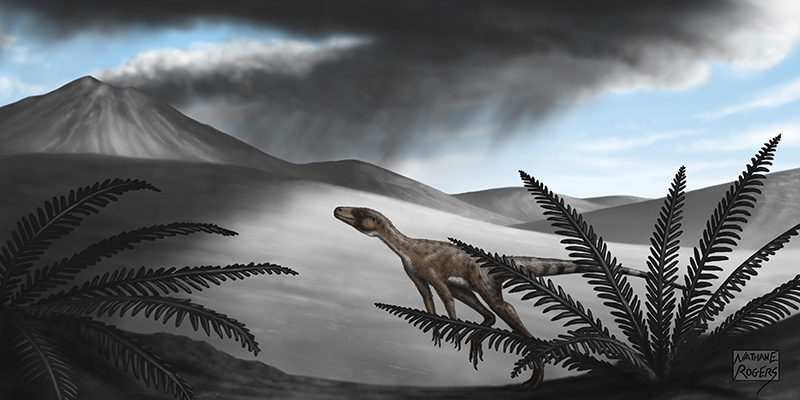 All Posts
New evidence from Argentina reveals that dinosaur ancestors, known as dinosauromorphs, gave rise to their famous descendants much earlier than once thought. It could have been as few as 5 million years.

The early ancestors of dinosaurs form a group collectively known as dinosauromorphs, and in many ways they resembled their descendants almost to a tee. They were all small, slender running animals with generalized diets that lived in the shadow of larger, more powerful creatures. It has been assumed that the first dinosaurs emerged about 231 million years ago, at the start of the Late Triassic.

However, new evidence from Argentina has pushed the date further back than we had ever thought. We now know that dinosauromorph diversification and evolution was very fast during this time. The Chañares Formation of Argentina might be considered the cradle of dinosaur evolution for the simple reason that so many of their ancestral cousins existed here.  Plus, some of the very earliest dinosaurs and dinosauromorphs are almost 10 million years older than the Chañares genera. By any standards this is a very rapid evolution.

The rocks of the Chañares date back to at least 236 to 234 million years ago, the Ladinian Stage of the Middle Triassic. But this is due to newer findings. The scientists who dated the beds had put them as a Late Triassic fossil site instead. These beds were a good 10 million years older than once thought. 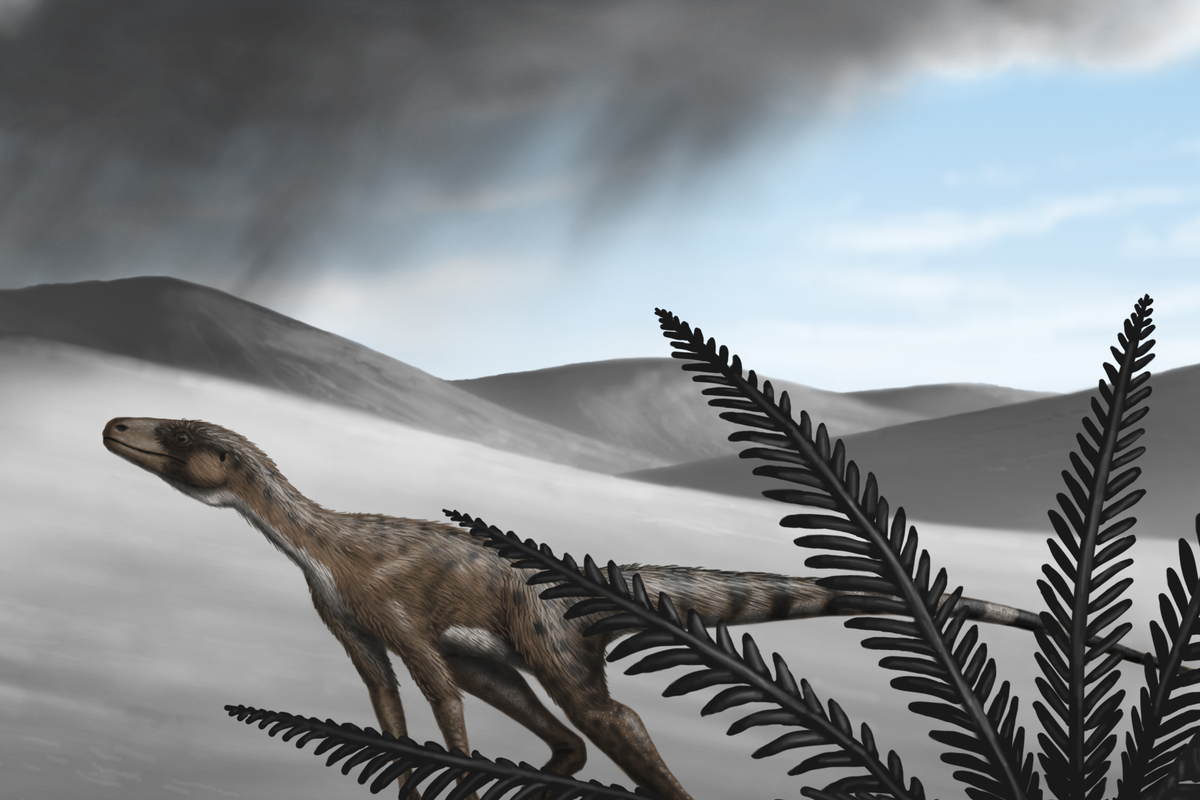 Marasuchus flees from a volcano
Volcanoes were a salient feature of the ancient Chanares landscape, dumping thick and deadly ash onto fertile land.
Nathan E. Rogers 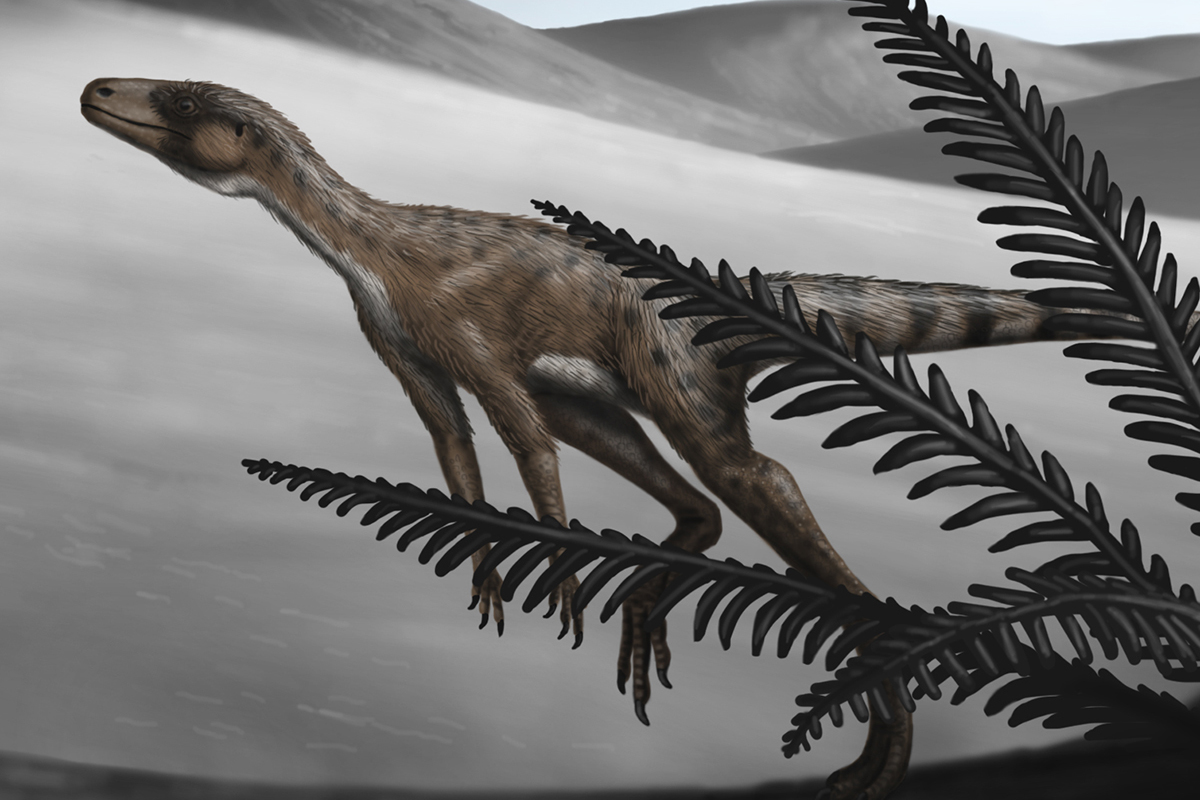 They preserve quite a unique environment, one that would continue until the Triassic ended. Many of the animals here have been found in fossilized volcanic ash. The old image of prehistoric animals doing battle under the shadow of puffing volcanoes might have held some water here. The volcanoes here were active indeed, dumping ash quite regularly. There were also lakes and river systems in the area so the Chañares might have been pretty much an eden. Dinosauromorphs still lived as speedy omnivores that didn't really have much of a role in the ecosystem, instead filling a relatively weasel-like niche.

One of the best-known dinosauromorphs is Marasuchus. This animal was just like any other member of its family and while it is indeed one of the most publicized of its kind it is still relatively unknown to the general public. Marasuchus was a 40-centimeter dwarf. It was thin and had grossly elongated feet and hind legs, and could probably run on two feet for short periods.

Marasuchus gets its name from the mara, the Patagonian rodents that mimic small deer in their habits. Today the mara is a common sight on the pampas grasslands, living in large colonies and running around nibbling grass and other small plants. Marasuchus' body plan was not the dinosauromorph gold standard, though.

The dinosauromorphs actually came in all shapes and sizes, with the silesaurs being radically different from Marasuchus. They walked mostly on all fours. In fact they may have seemed like a cross between a small dog and an early dinosaur. The Chañares contains the meter-long Lewisuchus. It too would have been a speedy little animal, a warm-blooded beast that could, like Marasuchus, sometimes rear up on two legs. However in silesaurs, the difference in limb lengths is not as drastic as in Marasuchus. None of these animals were true giants, at least not in the way that the later non-avian dinosaurs would become.