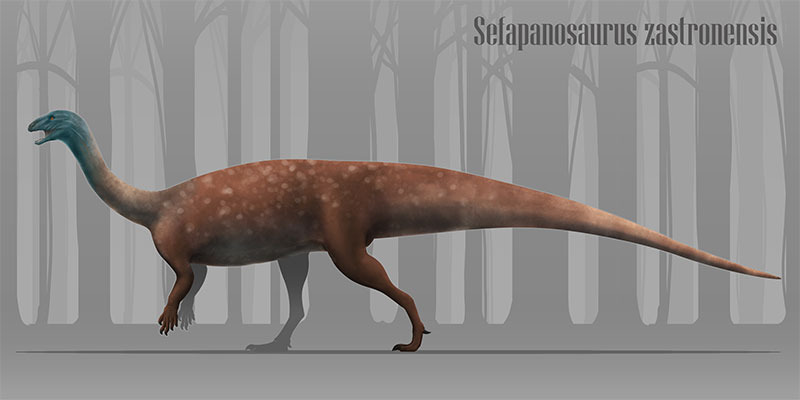 All Posts
While not technically the grandfather of Brontosaurus, Sefapanosaurus becomes the newest dinosaur found in Africa. It is an ancestor of the well-known long-necked dinosaurs, the sauropods.

Sometimes a new fossil discovery has been right under your nose for more than 80 years.

A researcher at the University of Witwatersrand in Johannesburg, South Africa, was researching another dinosaur called Aardonyx when he discovered the new dinosaur in the university’s collection, which was misidentified.

Sefapanosaurus, found in South Africa near the border with Lesotho, was named using the Sesotho word for “cross”. The cross refers to the unique cross shape of Sefapanosaurus’ astragalus bone, commonly called the ankle. It is from the Jurassic Period some 190 million years ago when Africa and South America were part of a single continent called Gondwana.

The dinosaur is an early member of a group of dinosaurs called the sauropodomorphs. Sauropods, or the long-necked dinosaurs like Brontosaurus and Diplodocus, are the likely descendants of Sefapanosaurus and its kin.