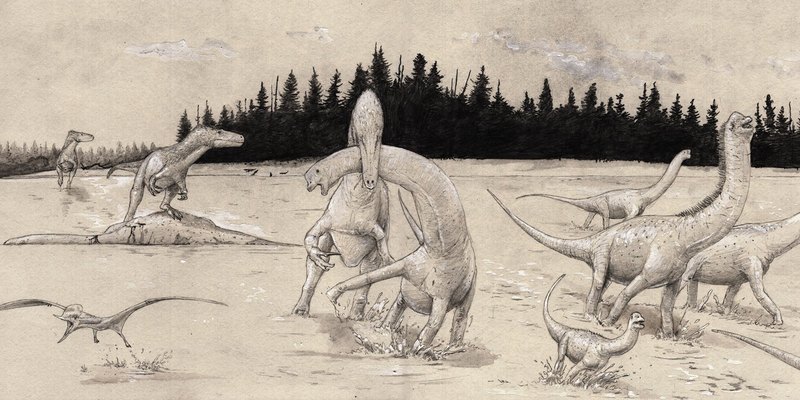 Dwarf dinosaurs died out amid blitzkrieg of carnivores

All Posts
According to new research, miniature long-necked dinosaurs once inhabited a small island during the Jurassic Period in Germany until a meat-eating army of dinosaurs mounted a full-scale invasion.

During the Jurassic Period, around 155 million years ago, the area around a site called the Langenberg Quarry in northern Germany was an island in an archipelago. And it gave rise to some very interesting creatures indeed.

You are likely familiar with large sauropod dinosaurs like Brontosaurus and Diplodocus. They were huge dinosaurs, reaching 15 feet tall at the hips and up to 90 feet long or more. And they had cousins that were even bigger. Yet, at Langenberg, a funny thing happened.

Bones from a small sauropod dinosaur called Europasaurus have been found in the quarry. According to Foster’s Rule (or the island rule), animals on an island get smaller as resources become limited. And that’s just what happened to Europasaurus -- It grew no bigger than a modern day horse.

And at Langenberg, Europasaurus fossils are not found above a certain rock level. New research on a collection of dinosaur footprints reveals that Europasaurus died out after an influx of large predators.

The footprints are more than 15 feet higher than the area in which many Europasaurus fossils were found and it includes large three-toed footprints from a theropod (meat-eating) dinosaur. The authors suggest that a land bridge connected the Langenberg island to a larger island, allowing large predators to invade. 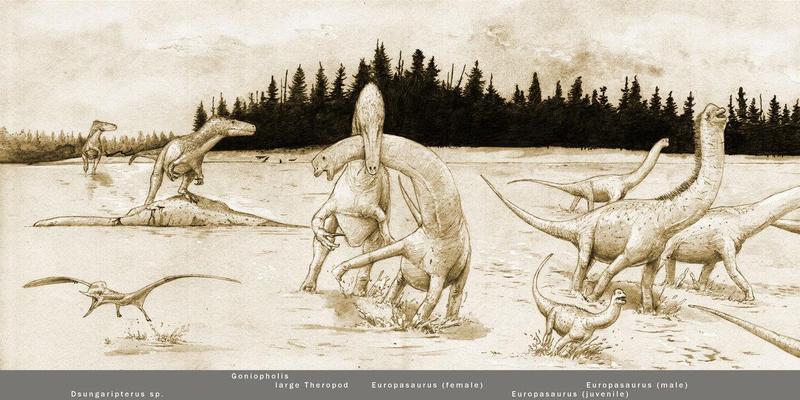 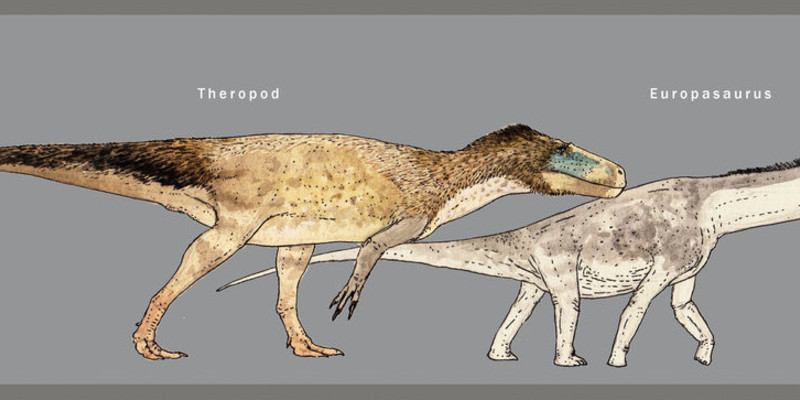 
Europasaurus was probably highly accustomed to life with existing predators. It was defenseless against an onslaught of large predators and went extinct, at least locally. This may explain why no Europasaurus fossils are found above the trackway.

Original research can be found here.


Related Stories
Walking in the footsteps of dinosaurs
The punk rock dinosaur from Patagonia
Sickle-clawed dinosaur gets a fresh look
Grandfather of Brontosaurus found in South Africa
Were dinosaurs cold-blooded or warm-blooded? Actually, neither.
//sulc.us/ugehk
/articles/dwarf-dinosaurs-died-out-amid-blitzkrieg-of-carnivores/