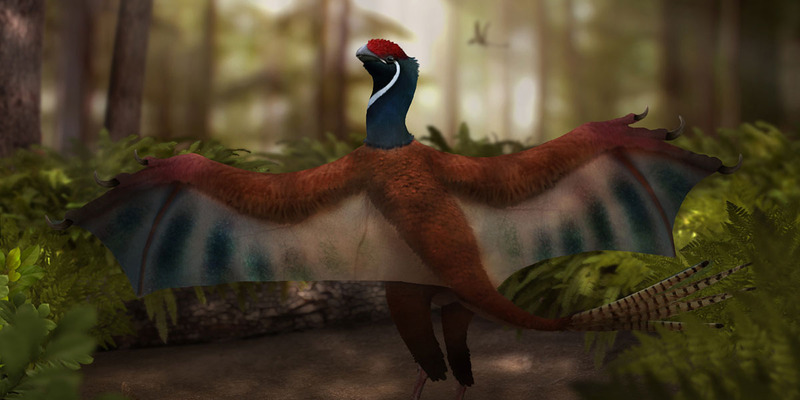 Meet Yi qi, the dinosaur with bat-like wings and feathers

All Posts
Back in April this year, the Internet was abuzz about a newly announced dinosaur that looked like something straight out of a Tolkien book. It’s been called the “dragon dinosaur” or the “batwing dinosaur” and its wings are truly something we’ve never seen before. But what is it?

Discovered by a farmer in rural China in 2007 and named Yi qi (“strange wing” in Mandarin) by researchers, it is the first dinosaur with strong evidence for having a skin membrane for a wing, similar to a bat or flying squirrel. About the size of a large pigeon, it also had unusual feathers and a huge novel elongated bone that jutted out from its wrist called the styliform that helped support the wing membranes.

Along with two other dinosaurs, Yi qi belongs to a family called Scansoriopterygidae. Yeah, we know that’s a mouthful. These dinosaurs have adaptations to life in trees and for gliding or flapping flight and are among the smallest dinosaurs known. Yi qi and its family members did not have complex long feathers like modern birds and probably did not achieve powered flight like birds and pterosaurs but glided down from trees.

Scientists once thought that vertebrates had two options to take to the air. You can use feathers like birds or you can use membranes like bats and pterosaurs, the flying reptiles that were contemporaneous with dinosaurs. There is no other way and we certainly weren’t prepared to find a mix of both. But Yi qi has both primitive feathers and a membrane, showing us that flight, or at least gliding, has evolved so many times in a few different ways. Few people ever thought a dinosaur would be found with pterosaur-like wings.

Unfortunately, there’s only one specimen of Yi qi and one specimen each of its two scansoriopterygid cohorts. That means there’s an awful lot we still don’t know about the group and about Yi in particular. Scientists still can’t decide exactly how the membrane was configured and how that novel bone – the styliform – supported the wing.

Yi qi was found in Hebei Province, China in what is known as the Tiaojishan Formation. It is from the Jurassic Period, some 160 million years ago. Our strange-winged dinosaur lived alongside other strange animals such as primitive pterosaurs, salamanders and even a tree-dwelling mammal. 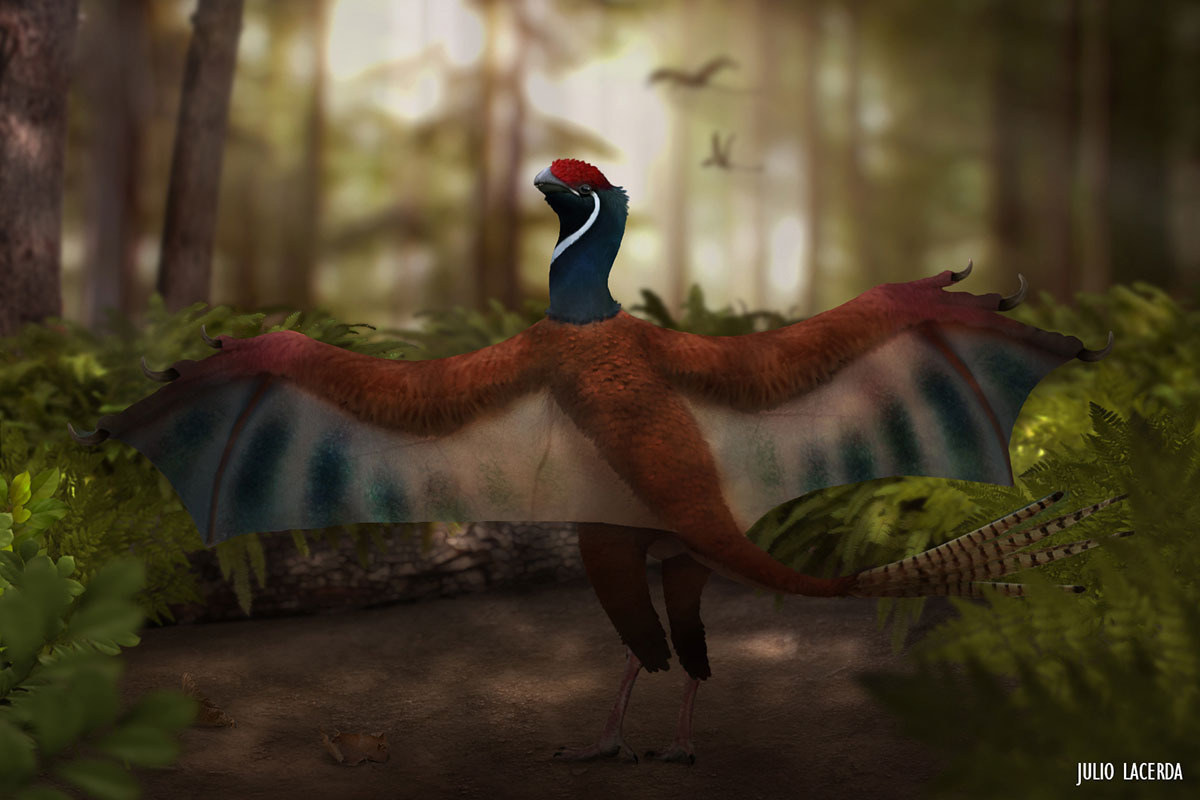 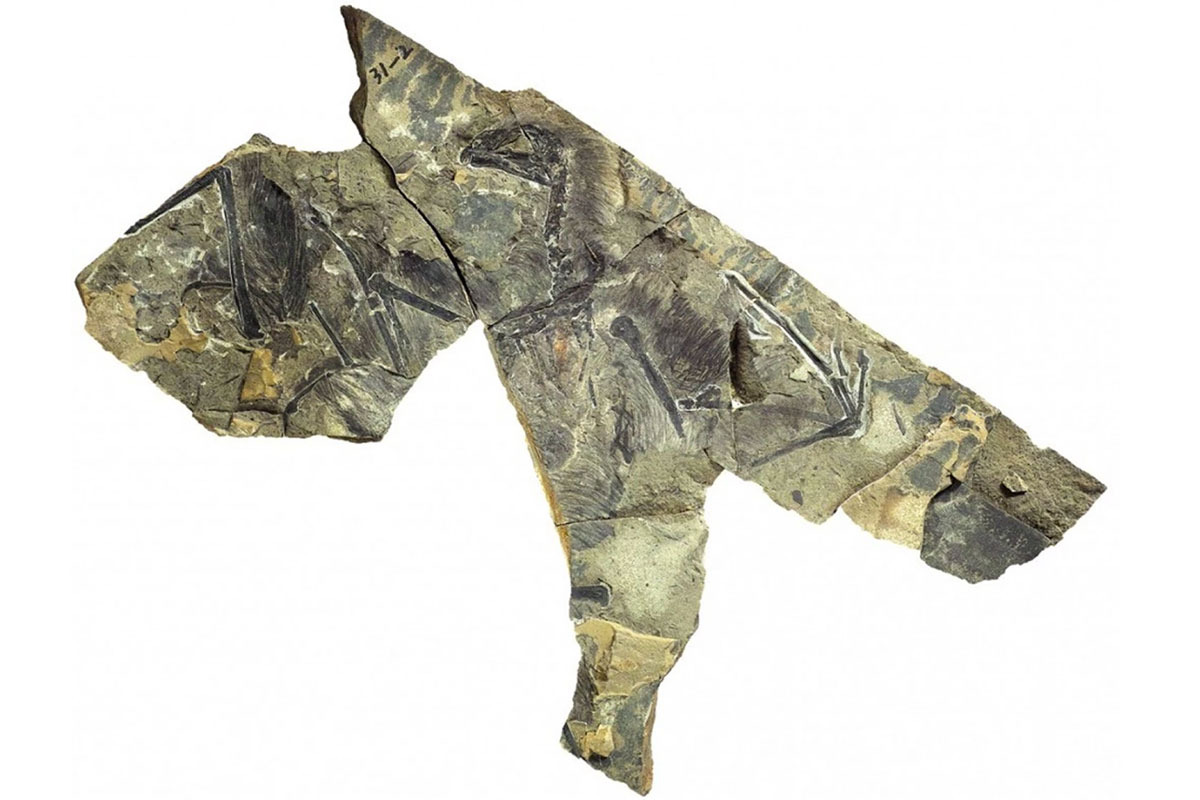 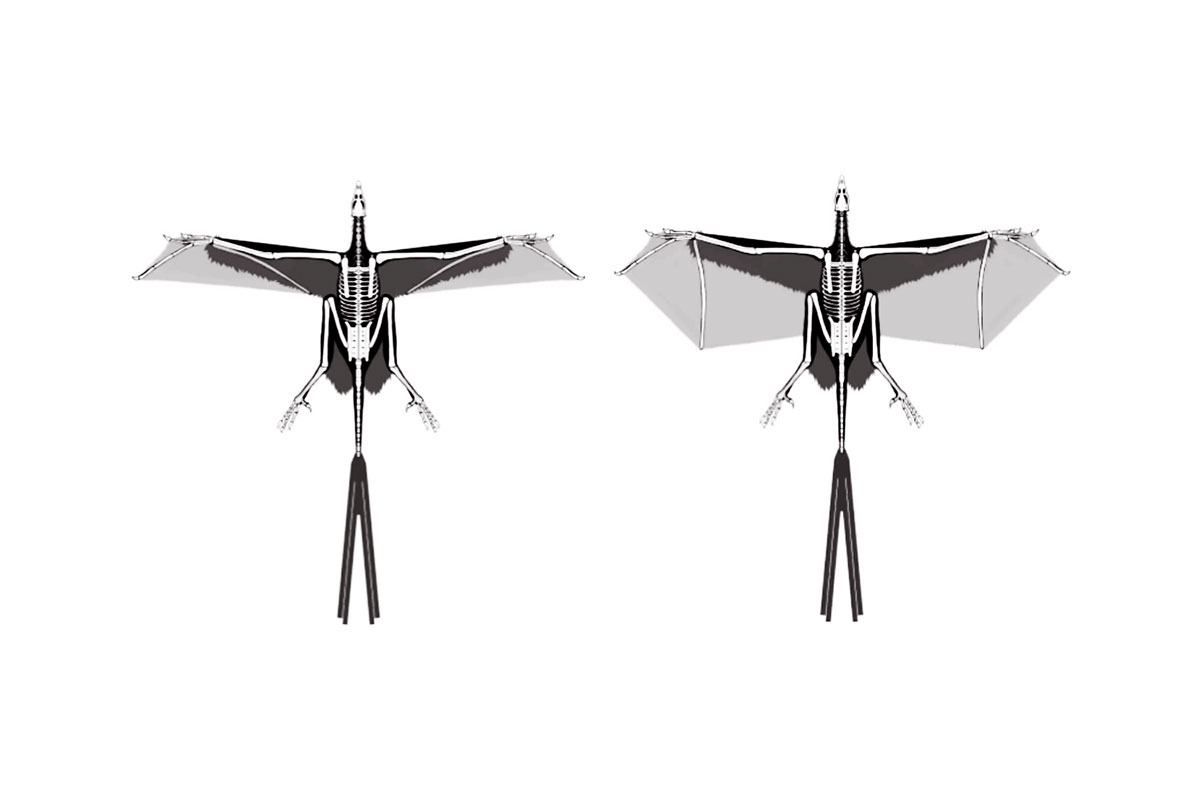 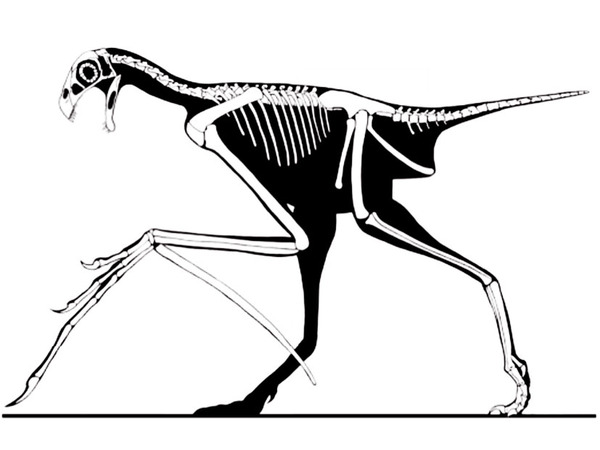 
Some people might be concerned that because this discovery is so sensational, it is a fake like so many other fossils from China. The research team did their due diligence by performing CT scans of the fossil to determine definitively that it is 100% authentic. They were also able to inspect microscopic cells called melanosomes. These cells produce pigments in animals and scientists can analyze their structure to know generally what color they produced when that animal was alive. They found that Yi’s feather were mostly black with some reddish or yellowish areas on the wings and head.

It’s clear that there’s a lot more to learn about the evolution of flight. Animals, reptiles and dinosaurs specifically, have evolved a number of adaptations that have allowed them to take to the air. And there’s likely a few more surprises just waiting to be discovered.