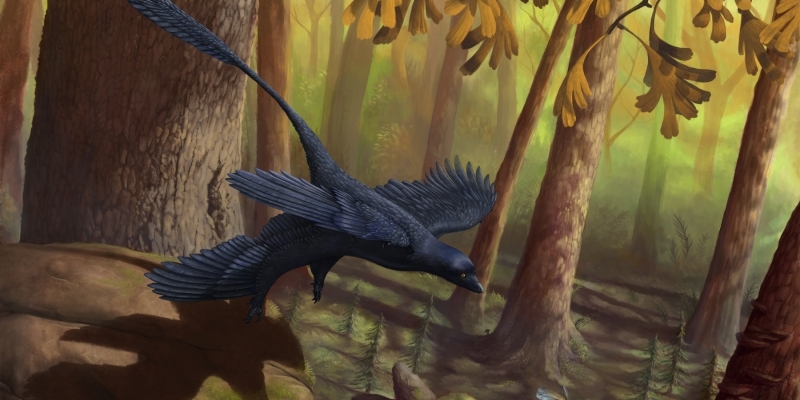 about 6 years ago by Jackson Chambers

All Posts
For the first time in the country’s history, a complete fossil skeleton of a theropod dinosaur was found in South Korea. It was found in Hadong County in southern South Korea by a fisherman and was in near perfect condition. The rocks here are from around 110-120 million years ago.

While fragments of theropod skeletons, pterosaur teeth, and parts of Pukyongosaurus fossils have been found in South Korea in the past, this is the first substantial skeleton, complete with skull and jaws, to be uncovered. Whole skeletons are very rare worldwide, being only around one percent of fossils found. This fossil was rarer still because of its amazing preservation. The spine and ribs of this fossil were still connected, which is very uncommon.

This fossil is also one of the smallest dinosaurs ever found in Korea, measuring 50 cm (20 inches) long and just 28 cm (11 inches) tall with a 5.7 cm (2.2 inches) skull length – about the size of a house cat. It is unclear exactly what type of dinosaur this is as of yet, but it is most likely a raptor and may even be a species new to science. Ironically, if this fossil is indeed a tiny microraptor, it means it is related to another iconic theropod, Tyrannosaurus rex. Much like T. rex, the dinosaur would have lived in the Cretaceous, where it walked on two legs legs and ate a carnivorous diet. It likely had feathers and preyed upon insects and other small animals.

Through further study, paleontologists hope to determine which stage of life the fossil was at, juvenile or adult, and if it is related to the Minisauripus footprints they found at a site closeby. They may also be able to use a fossil of the same kind that seems to be in the rock beside the full skeleton. Scientists will also do further research in the area where the skeleton was found to try and figure out what led to this specimen’s extraordinary preservation.