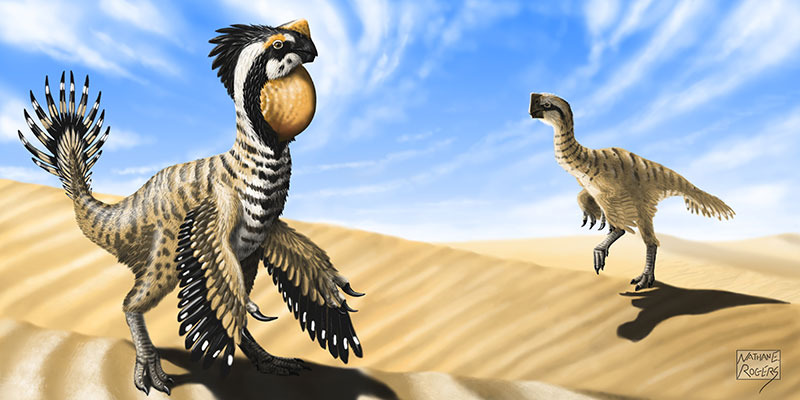 Dinosaurs of the Gobi Desert

All Posts
Despite being one of the most forbidding places on Earth, the area now occupied by the Gobi Desert was once host to a dizzying array of plants and animals. Some of the most unexpected dinosaurs have been found locked in the red rocks of this arid corner of Mongolia.

The Gobi Desert straddles Mongolia’s southern border with China’s autonomous region of Inner Mongolia. It is a cold desert formed in the rain shadow of the Himalayas. The world’s highest mountain chain blocks clouds from the Indian Ocean from making it over the Tibetan Plateau and into the Gobi area.

During the late Cretaceous, some 70-80 million years ago, the Gobi region was a lot different. Parts of it were covered by dense conifer forests, criss-crossed by streams and dotted with lakes. Today, though, thanks to the desert’s barren, rock-strewn landscapes, paleontologists have found so many incredible fossils. The rocks from the lush dinosaur age are already exposed at the surface and ready to be explored.

The American Museum of Natural History and its director Roy Chapman Andrews led the first paleontological expedition into the Gobi, in 1920. Andrews drove a fleet of Dodge cars, the first such expedition to use automobiles, and a caravan of camels into the desert in search of early humans. Andrews believed in the “Out of Asia” theory – that humans originated in Asia instead of Africa. Several expeditions never turned up any ancient human discoveries but they did lead to amazing fossil finds. 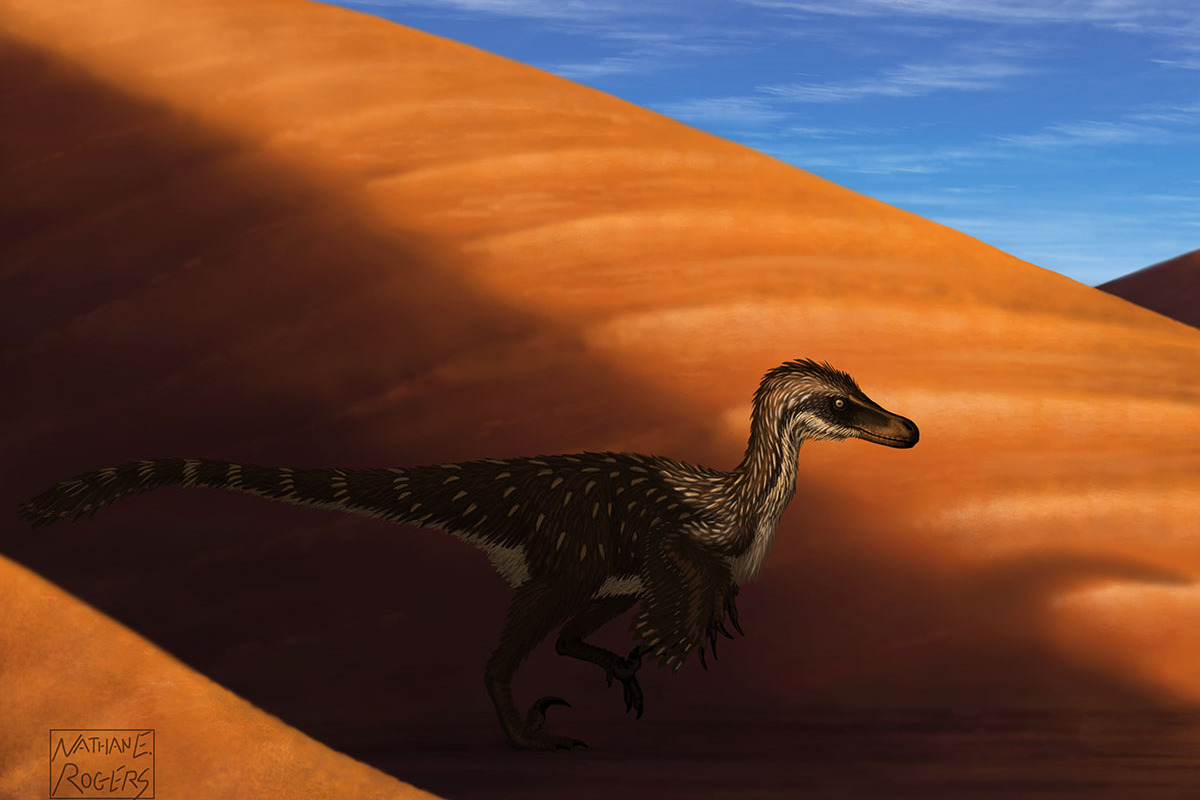 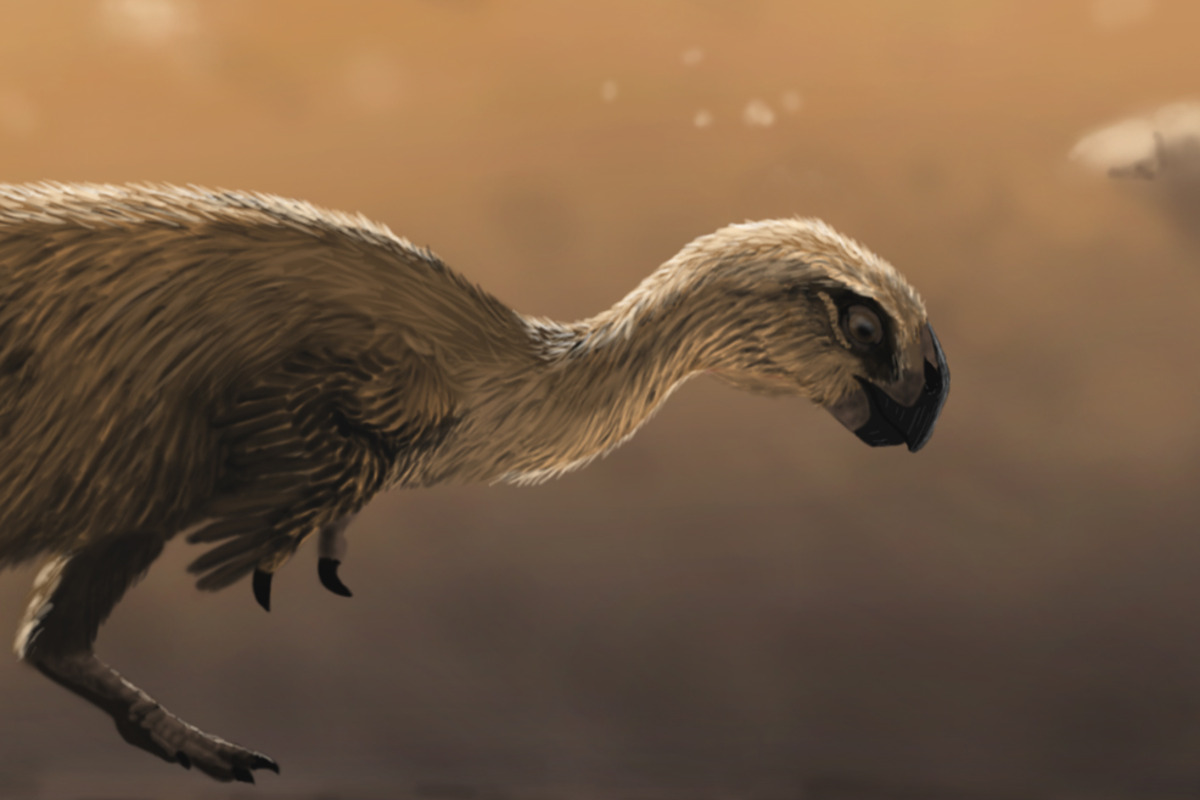 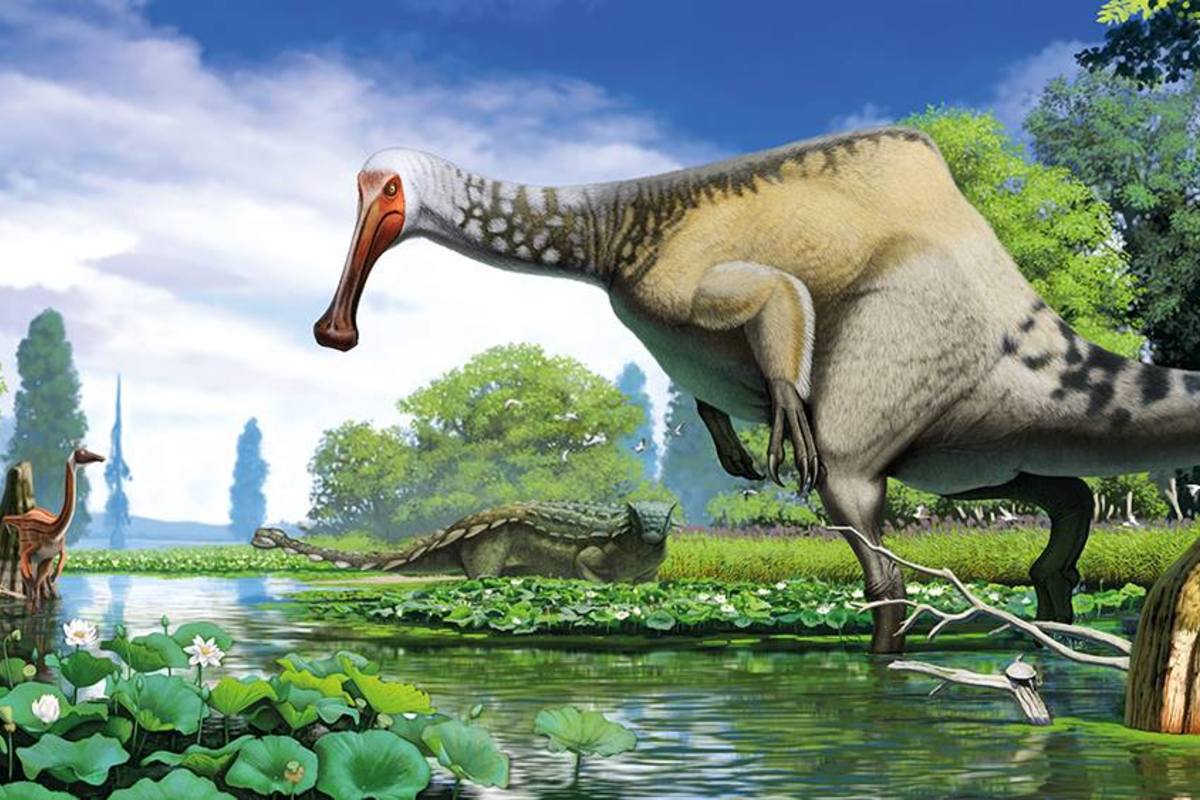 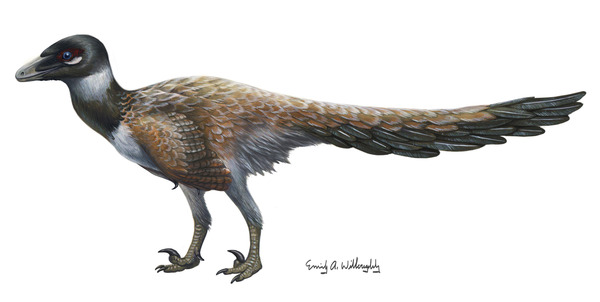 Zanabazar, with its storied history going back to its discovery in 1974, is essentially a "dino-bird".
Credit: Emily Willoughby

The first-ever positively identified dinosaur eggs became one of the first sensational finds from a rocky outcrop called the Flaming Cliffs. Andrews thought the eggs belonged to a dinosaur called Protoceratops, a small hornless relative of Triceratops. Intriguingly, in other finds, a feathered carnivorous dinosaur called Oviraptor had also been found fossilized on top of Protoceratops eggs. In the 1990s scientists discovered that the eggs actually belonged to Oviraptor and these fossils were the first known evidence of dinosaur brooding behavior, a further evolutionary link with birds. Sadly, because of scientific naming rules, Oviraptor will always bear the Latin name “egg plunderer”.

Andrews also helped discover one of the most famous dinosaurs of all time. Popularized by the Jurassic Park movie franchise, the dromaeosaurid theropod Velociraptor was discovered in 1923. Expedition team member Peter Kaisen found a complete skull and a toe claw.

The American Museum had planned more expeditions to the Gobi but by the end of the 1920s, Mongolia had come under complete Soviet control and Americans were shut out of the country. After 1930, Andrews never returned to Mongolia.

As Mongolia transitioned to a communist state, only Soviet, Polish and Chinese teams led paleontological expeditions into the Gobi. In the 1940s Soviet scientists helped find the remains of a Tyrannosaurus relative called Tarbosaurus. Later, in 1971, a Polish team found one of the most famous fossils ever discovered. It featured Velociraptor locked in an attack pose with Protoceratops.

In 1990, after anti-Communist revolutions changed the government of Mongolia, U.S. paleontologists were invited back to the Gobi. This led to another wave of incredible fossil finds. Once again, the American Museum sent expeditions into the desert this time led by paleontologists Michael Novacek and Mark Norell.

The team returned to the Flaming Cliffs and its series of rock layers called the Djadochta Formation. They discovered dinosaurs such as Citipati, a relative of Oviraptor. Remarkable skeletons of Citipati nicknamed “Big Mamma” and “Big Auntie” were found on top of their clutches of eggs. Because many of the eggs are arranged in a way where the mother’s body does not cover them, paleontologists think Citipati and other dinosaurs had feathers that could be used in brooding to warm the eggs. American Museum expeditions also found male and female members of another Oviraptor relative called Khaan fossilized together. They were introduced to the public as “Romeo and Juliet”.

But the Flaming Cliffs is not the only place in the Gobi where incredible discoveries have been made. The Nemegt Basin and its Nemegt Formation are home to one of the most bizarre dinosaurs ever found: a plant-eating, pot-bellied, duck-billed giant slow-poke. A Polish-Mongolian expedition in 1965 found the first known fossils of this strange creature. A set of two massive forelimbs with three gigantic claws on each arm prompted them to name it


Related Stories
Deinocheirus, the giant hunchbacked dinosaur with terrifying hands
Dinosaur Romeo and Juliet: the fossilized lovers that died together
The burrowing ancient spadefoot toad from Mongolia
The swimming raptor of Mongolia
Were dinosaurs cold-blooded or warm-blooded? Actually, neither.
//sulc.us/hcdlt
/articles/dinosaurs-of-the-gobi-desert/