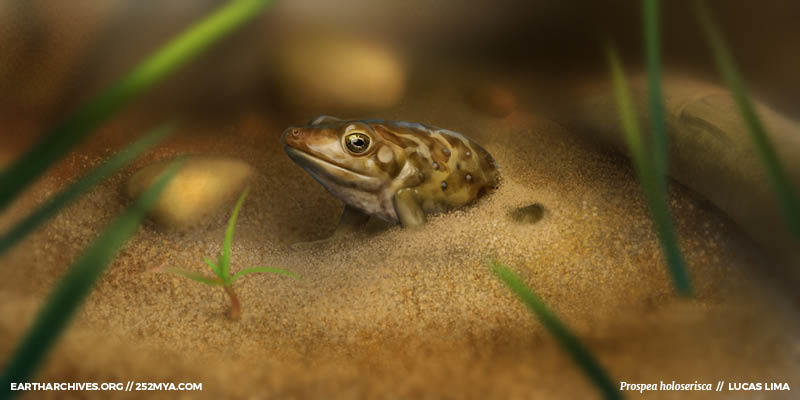 about 5 years ago by Jackson Chambers

All Posts
Spadefoot toads (Pelobatoidea) are a group of toads which posses a bony “spade” on their foot that they use to burrow underground. A fossil found in Mongolia from the Paleocene suggests that burrowing did not evolve as a response to aridity as previously thought.

Today, spadefoot toads are distributed throughout the Holarctic, except East Asia. Very few pelobatoid fossils have been found in East Asia and this is the only fossil of the pelobatoid group Scaphiopodidae to be found in the area. Scaphiopodidae originated in North America, but quantitative biogeographic analysis on the Mongolian toad suggests that they dispersed into Asia through Beringia in the Early Cenozoic. This supports the idea that there were smaller, lesser known exchanges of fauna between Asia and North America prior to the well-known exchanges that occurred later on. There are no longer spadefoot toads in Asia today due to extinction.

The skeleton was found embedded in grey lacustrine sandy clay sediments in Tsagaan Khushuu in the Nemegt Basin of the Southern Gobi Desert, Mongolia. It was the first frog found at the location which was later named the “frog quarry.” The skeleton was then carefully removed from the surrounding rock, prepared, and digitally reconstructed. Elements of the skeleton such as skull shape, spinal articulation, limb bone fusion, and of course the shape and size of its characteristic spade feet were used to classify the toad as Prospea holoserisca. It is different from other spadefoots in that its urostyle (a long bone formed from fused vertebrae) and sacrum are unfused. The ossification of some elements indicate that the toad was an adult, but it was still only around 25 mm from snout to pelvis, which is a lot smaller than living burrowing spadefoot toads.

The fossil is the earliest example of the clade Scaphiopodidae on record, which brings the earliest estimates for the origin of the clade to around 56 million years ago. Being from the late Paleocene and the fact that the specimen was found preserved by lacustrine sediments indicate that the toad lived in a milder climate. This goes against the commonly held belief that burrowing evolved to cope with aridity. 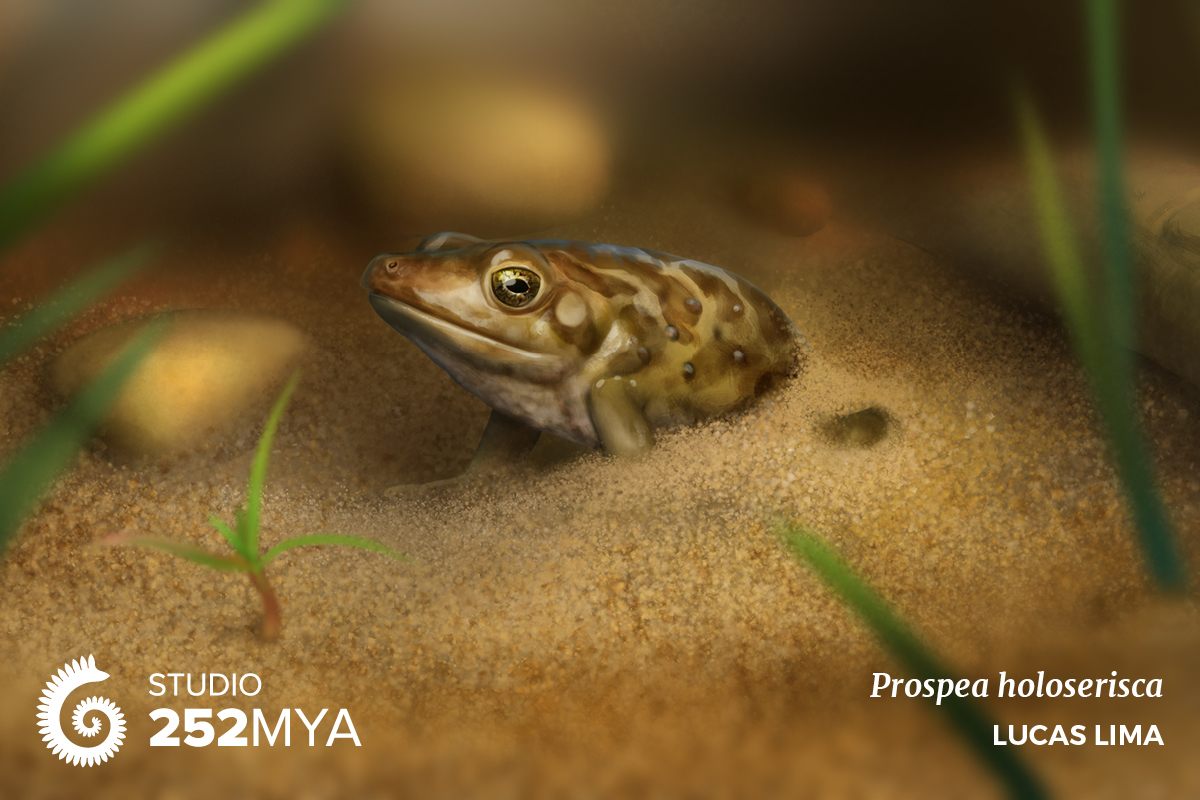 Early spadefoot toads lived in a milder environment, yet they burrowed for some reason.
Lucas Lima

Besides being the oldest scaphiopodid, it is also the only specimen to be found in Asia. An earlier fossil was found in Asia that was believed to be a part of Scaphiopodidae, but it was later determined to be more closely related to Pelobates. The lack of fossil examples of spadefoot toads makes it hard to determine the extent that Asia played in their evolution, but this find suggests that Asia may have played a bigger role than previously thought.