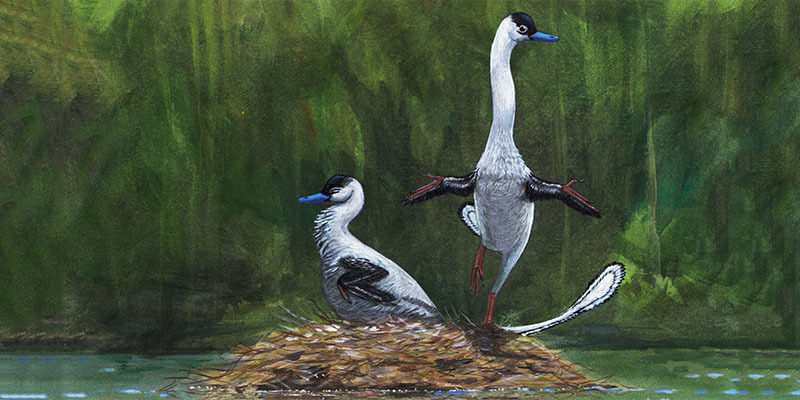 The swimming raptor of Mongolia

All Posts
Halszkaraptor was an ancient cormorant-mimicking raptor. This long-necked fish-eating dinosaur is thought to have used its wings to maneuver while diving.

Seventy-five-million-years ago, an unusual cousin of Velociraptor hunted fish while diving. The dinosaur, named Halszkaraptor, was about the same size as a goose, and had a very similar look. Its small head was on the end of a long neck, and the tail was much shorter than other “raptors.”

Paleontologists Andrea Cau and colleagues note that the fossil shares many anatomical similarities to different kinds of aquatic predators. Halszkaraptor's long neck is similar to many predatory aquatic birds and reptiles, particularly fish-eating ducks. The arm bones also show similarities to diving birds and aquatic reptiles that use their forelimbs to swim.

Being well served by nerves and blood-vessels alike, its snout was highly sensitive. It was flattened and broad, with a U-shaped profile when seen from above. The jaws were lined with dozens of small recurved teeth reminiscent of many fish-eating animals. Its face looked as if you mixed a duck with an alligator. 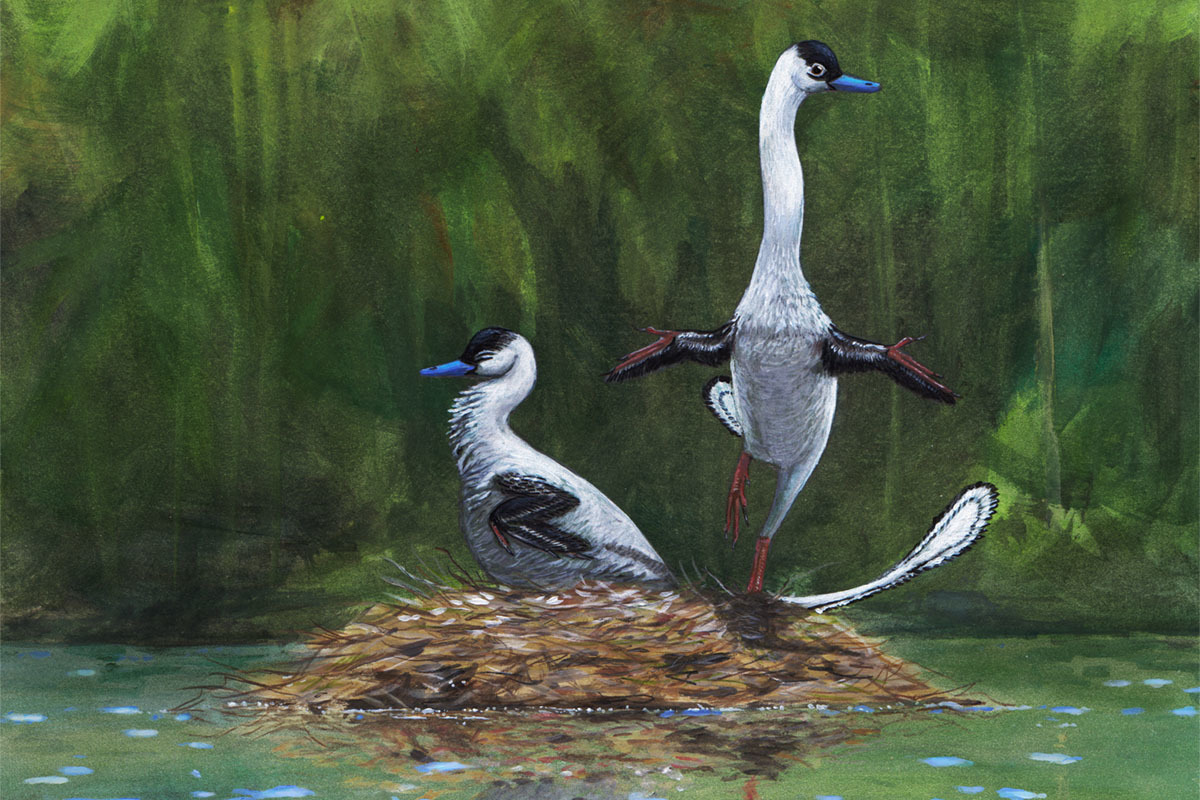 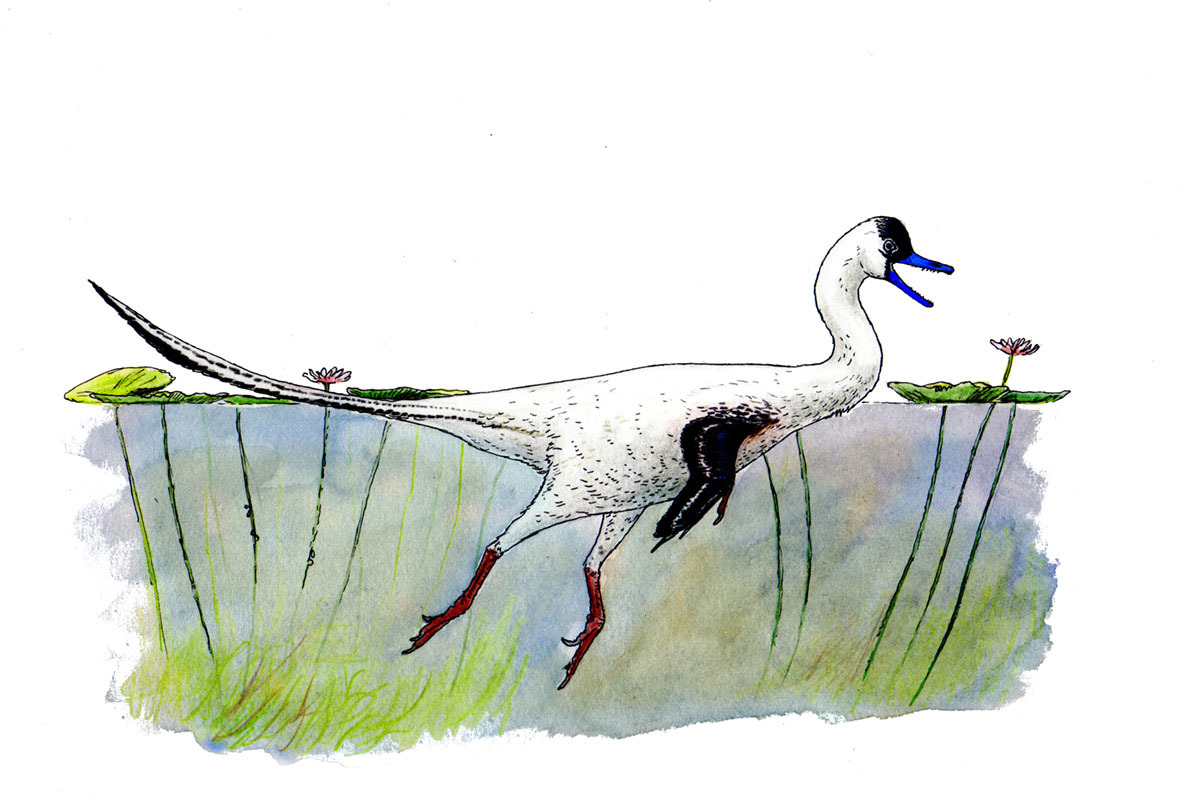 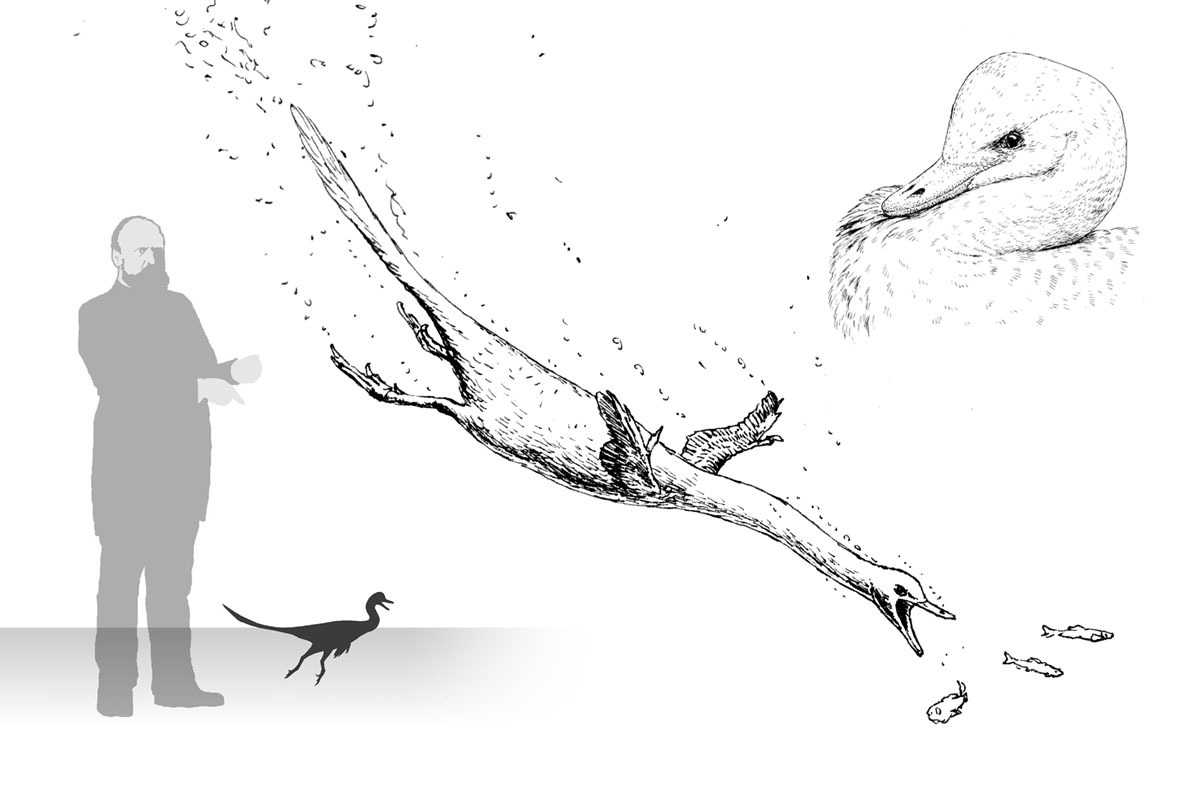 In habits, Halszkaraptor would have been quite similar to modern diving fishers like cormorants and mergansers. On land, its long neck and short tail mean it would have stood with its back inclined, like many birds.

It lived in an ancient desert dominated by dune fields, but dotted with oases and lakes to fish in. The fossils were found in rocks of the Djadochta Formation, the source of dozens of well-preserved dinosaurs including Velociraptor and Protoceratops.

Halszkaraptor is named for Polish paleontologist Halszka Osmólska, a member of the Polish-Mongolian expeditions of the 1960s. She was an expert on Mongolian dinosaurs, and described her team’s discoveries in numerous publications. Halszkaraptor was found to be closely related to two other mysterious Mongolian “raptors” Hulsanpes and Mahakala, forming a lineage of fish-eating dromaeosaurs they named the halszkaraptorines.

The discovery of this strange and unique creature is an unexpected turn in the story of dinosaur evolution. Cau and colleagues point out that even in well-explored areas, dinosaur diversity was probably much greater than we know and will continue to surprise us.