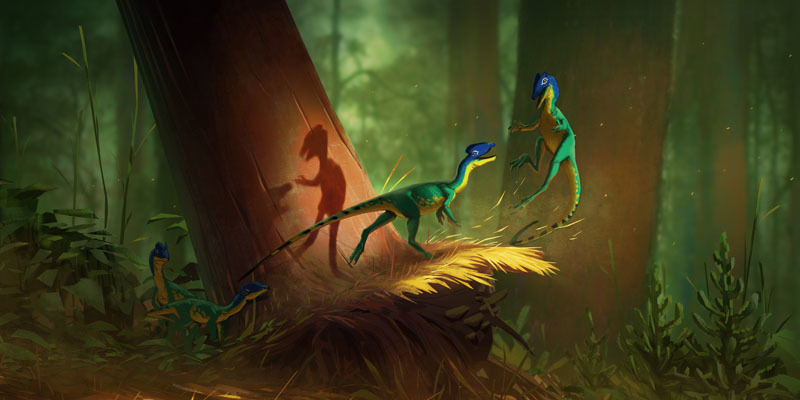 Dinosaur fossils show that they were bruisers

All Posts
Big, fearsome, and dangerous. Dinosaurs remind many people of fantastic combat scenes that result in grave injuries, or a painful death. In reality, fighting is no more than just a tiny slice of any animal’s life. However, fossils found with evidence of injuries tell a tale of how the extinct animals interacted with one another.

It’s not easy to piece together the story of a dinosaur’s life. Only the most intact specimens allow paleontologists to decipher how the animals grew, evolved, and interacted with each other. Sometimes, less than pristine fossils can show us how dinosaurs earned their scars and lived to leave their trace.

When animals get injured and their wounds become infected, the injuries can leave tell-tale signs in bones, and dinosaurs were no different. Fossils show that dinosaurs were regular animals that got hurt, healed, and went on with their lives, rather than being the invulnerable monsters that many people may imagine.

The fossil record of dinosaur injuries tells us a lot about dinosaur behaviors that are otherwise unknowable. Although far from a comprehensive list of injuries, an examination of recent discoveries shows some trends throughout the dinosaurs. 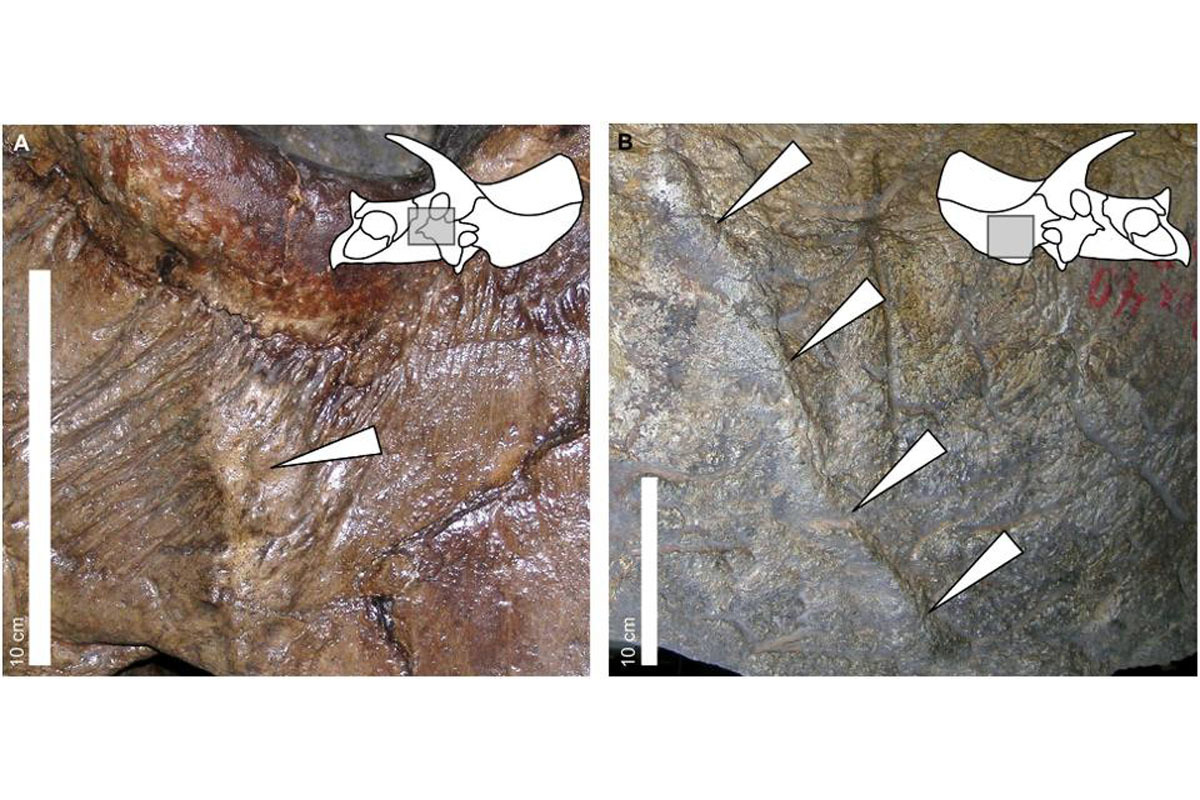 Triceratops fossils with bone lesions suggesting combat behavior with its own kind.
Farke, Wolff, and Tanke 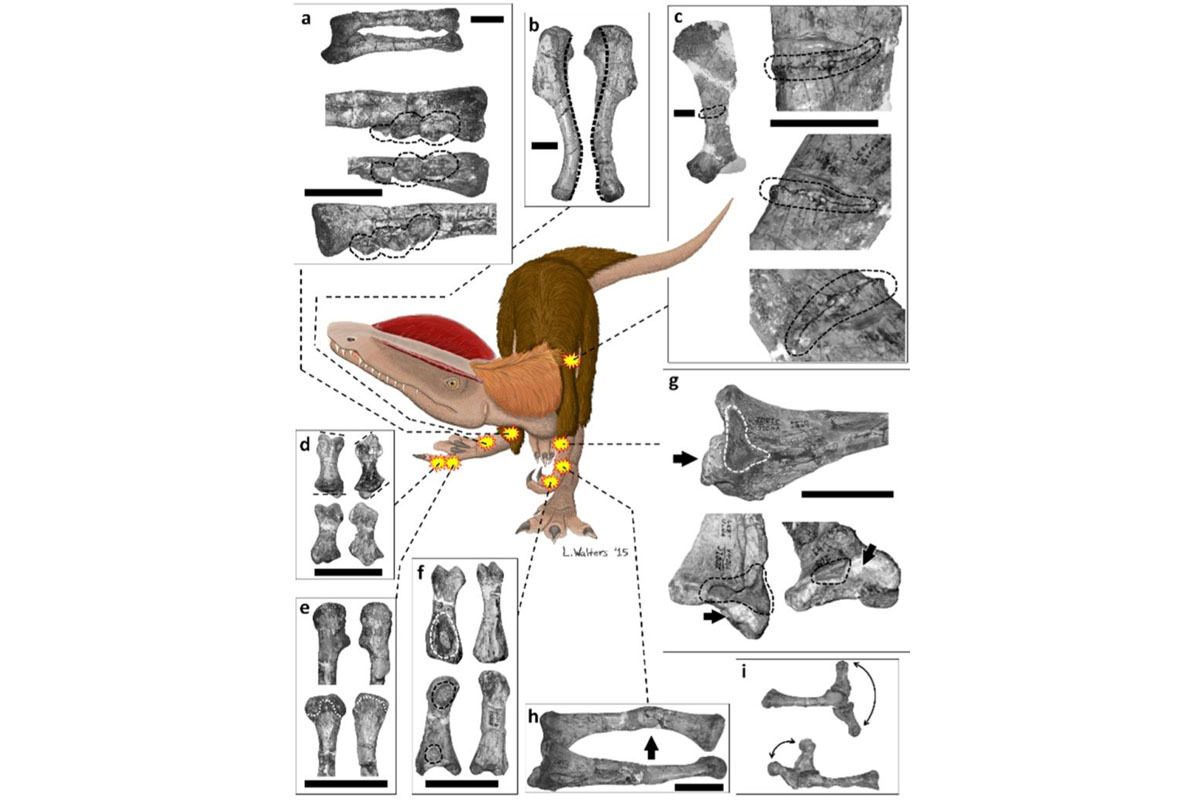 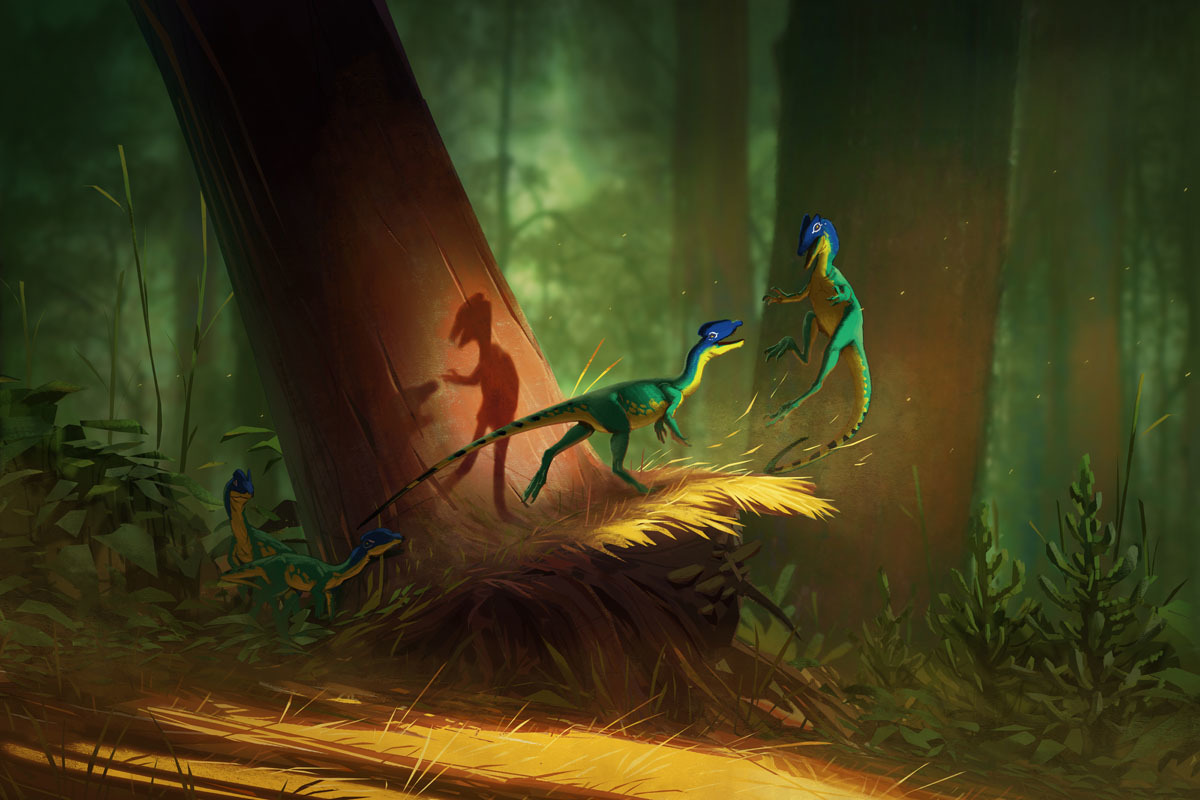 According to the researchers, the unlucky Dilophosaurus likely hit a hard rock or tree during combat
Antonin Jury

Injuries in herbivores show that bipedal (two-footed) carnivorous dinosaurs, known as theropods, were active, but not always successful hunters. DePalma and colleagues (2012) describe two hadrosaur tail vertebrae injured by a tyrannosaur bite. The vertebrae were swollen and fused with the tooth still embedded in the tail bones. Other healed injuries from tyrannosaurs include broken and healed vertebrae, as well as a Triceratops horn with many tooth punctures, and missing its tip.

Another hadrosaur described by Rothschild and DePalma in 2013 survived a bite to the head after a failed attack by a tyrannosaur. This individual of Edmontosaurus was bit on the right side of its face and shows healed damage to bones near the right eye as well as several tooth drag marks. This specimen also includes a patch of skin from the skull showing a healed tooth injury. The scar shows a central patch of tissue surrounded by wrinkled skin with a chaotic pattern of scales. This is quite similar to how skin lacerations heal in living lizards.

One specimen of the early sauropod relative Massospondylus has a horrific injury to its tail that may be the result of an attack. Described by Butler and colleagues in 2013, the tail is beautifully preserved, but vertebrae 23, 24, and 25 are fused together, and the remainder of the tail is gone. The 25th vertebra is sheared in half and has irregular bony growths showing that it healed after the animal lost the end of its tail. Butler and colleagues considered this injury a “traumatic amputation,” probably the result of a (mostly) unsuccessful hunt.

Injuries can also tell us dinosaurs sometimes fought members of their own species. In living animals, fights among members of the same species are often linked to rivalries over mates, territory, and food.

Theropods show evidence of one of the most remarkable behaviors we see in dinosaurs: facial biting. Tanke and Currie (1998) described healed puncture and scrape wounds on the faces of the carnosaur Sinraptor and the tyrannosaurs Gorgosaurus and Daspletosaurus. Hone and Currie (2015) described a new specimen of Daspletosaurus that has many healed bite marks to the face, possibly from different attacks throughout its life.

The horns and frills of ceratopsids may have played a role in defense against predators, but in Triceratops at least, they were also used in combat against other Triceratops. Farke and colleagues (2009) described healed puncture wounds near the eyes, ears, and base of the frill. This is exactly where the tips of an opponent’s horn would hit when locked in horn-to-horn combat.

Injuries didn’t always come from combat; numerous specimens from many different species show that theropods fell down frequently. They often have broken shoulder, arm, and hand bones, as well as ribs. Senter and Juengst (2016) described a specimen of the Lower Jurassic Dilophosaurus has numerous injuries to its left arm from a fall, as well as developmental deformities to its right hand. This unlucky dinosaur suffered from a record number of bone maladies.

Allosaurus is known from many specimens with healed injuries. One specimen, known as “Big Al” was described by Hanna (2002) and suffered from numerous injuries all over the body. Big Al had numerous broken ribs, arm and hand bones, as well as a broken left foot. Big Al would have walked with a limp in its final days before death. Another specimen described by Foth and colleagues in 2015 shows numerous healed injuries including many on its left side from a fall.

Farlow and colleagues (1995) pointed out the potential danger from falls in theropods. They suggested that large theropods were probably limited to fast walking, rather than running. In fact, a fall at running speeds would have been fatal to something as large as Tyrannosaurus.

Not all injuries are the result of hunting, combat, or falls, but are the signs of chronic illnesses. In 2016 Anné and colleagues described septic arthritis in the radius and ulna at the elbow joint of a hadrosaur from New Jersey. The fossils show the characteristic erosion of the joint surface and bone growth seen in living animals with septic arthritis. This particular animal appears to have suffered for years, and may have walked with a limp when on all fours.

All these cases increase our knowledge of dinosaur biology, and especially behavior. These fossils, coupled with footprints, are often overlooked windows into dinosaur behavior. Without them, we would know much less and speculate a lot more. Surely, further discoveries will expand what we know about the day to day life of dinosaurs.