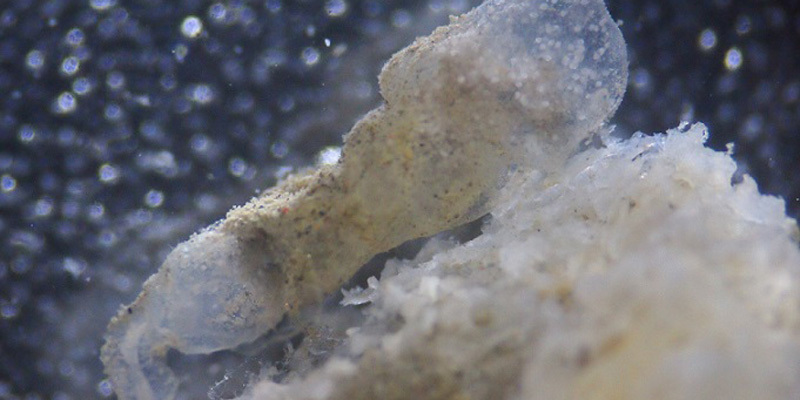 All Posts
Previously found only in deeper waters, one new species of zombie worm is found in the temperate, shallow waters off the coast of Spain. This finding expands current knowledge of the peculiar worms’ lifestyle and diversity.

In the deep sea, just like above the waters, one creature’s death provides nourishment for countless other critters to thrive on. When carcasses of backboned animals such as a whale sink into the abyss, various specialized, decomposer organisms eventually set in—feeding exclusively on these remnants.

Among these organisms are the zombie worms, a name given to a group of bone-eating annelid worms scientifically known as Osedax. These specialized feeders are typically found in deeper waters, where decomposition process is slowed down by the low temperature. Despite their diversity and broad biogeographic range, the first Osedax species was only discovered in 2002, and formally described two years later. Since then, over two dozen species have been spotted.

One particular species of Osedax, however, was recently discovered in the temperate waters of Mediterranean, more specifically off the coast of Blanes, Spain. This finding suggests that these worms are more versatile than previously thought, although they are still associated with decomposition in deeper waters. 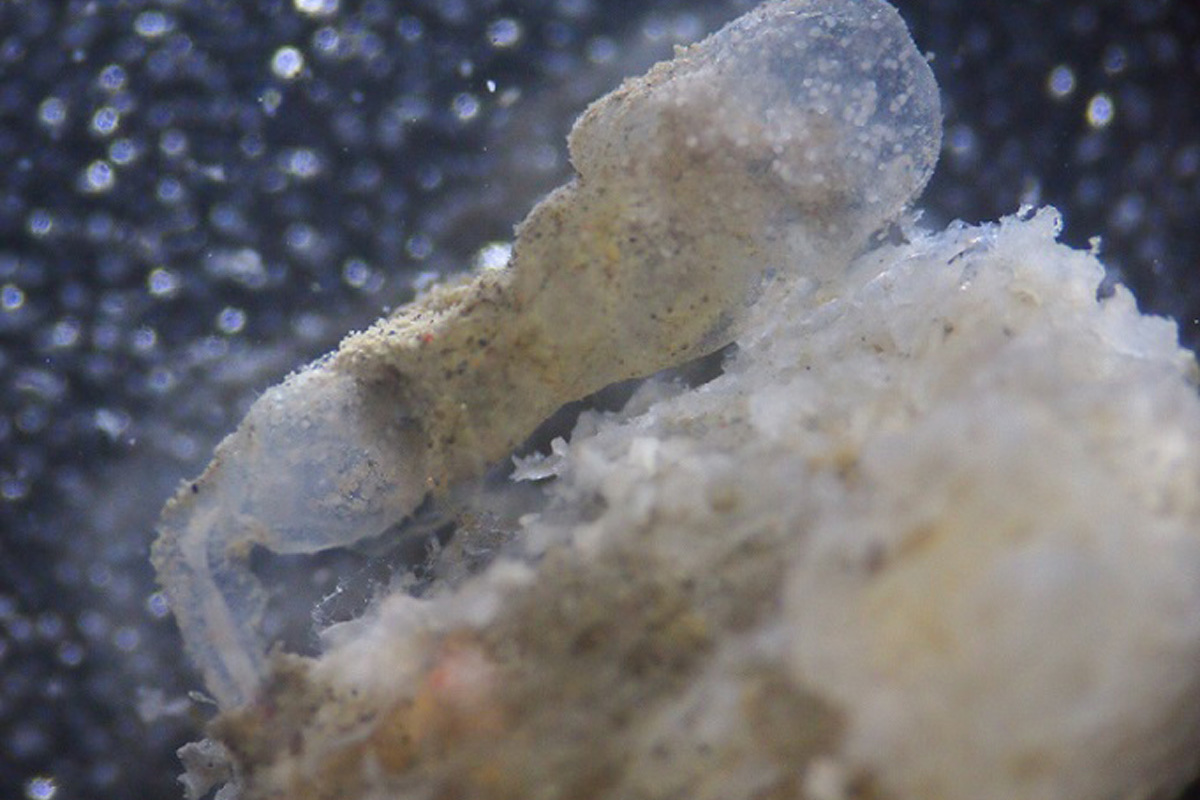 A female specimen
The new species is yet to be named.
Sergi Taboada, University of Barcelona

This specific lifestyle of the worms is made possible by their symbiosis with bacteria, which help them break down nutrients from the carcass. The females host these bacteria in their root-like structure, which are used to bore deep into the bones and to directly absorb nutrient as they lack any openings or digestive tracts. Meanwhile, the microscopic males stay in their larval stage and live inside the females with the sole purpose of reproduction. Decomposers such as these worms are important for the ecosystem, as they recycle organic materials from an otherwise solid carcass back to the environment.


Related Stories
Deepwater exploration of the Marianas
Release the Kraken!
The ugly-cute little monsters from the dark abyss
“Zombie Worms” ate through the bones of prehistoric sea reptiles
The many legged cave dragons of China
//sulc.us/m4uj5
/articles/bone-eating-zombie-worms-discovered-in-mediterranean-waters/