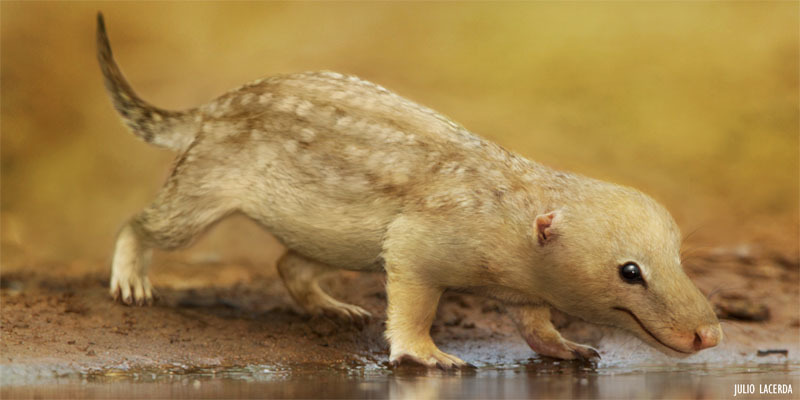 All Posts
Two species of early mammals show transitional features of the teeth and jaw bones that came to define living mammals. Both fossils help further our understanding of members of the mammalian lineage in the Late Triassic.

In early October 2016, a team of paleontologists led by Agustín Martinelli named two new species of stem mammal from the Triassic of southern Brazil. Both species show features transitional between modern mammals and their ancestors.

The fossils were discovered in rocks of the Chañares Formation exposed in Rio Grande do Sul in the far south of the country dated to approximately 235 million years ago. The Chañares Formation is made up of sedimentary rocks deposited by rivers, lakes, and alluvial fans, and has abundant volcanic ash deposits. It preserves a large number of vertebrate fossils in Argentina and Brazil, including early dinosaurs and dinosaur relatives, other archosaurs close to the ancestry of crocodilians, and a large number of diverse stem mammals.

Stem mammal is a term used to describe any animal that is part of the mammalian lineage, but is not part of the three groups of living mammals (monotremes, marsupials, and placentals). Stem mammal has largely replaced older and less accurate terms like mammal-like reptile and protomammal. 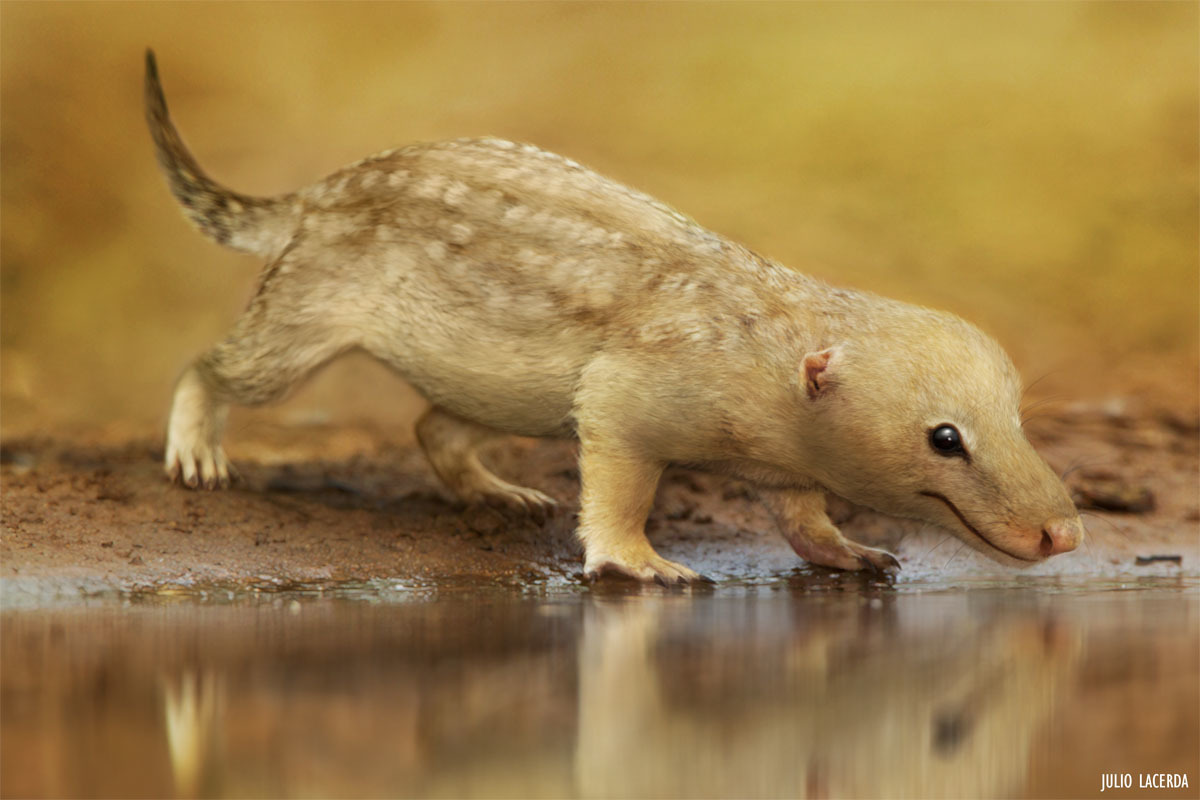 The more completely known species has been named Bonacynodon schultzi, and is known from two specimens first discovered in 1940. Bonacynodon is named for Argentine paleontologist José Bonaparte and the term cynodont (Greek for dog-toothed), a term applied to the part of the mammalian lineage that has fully differentiated incisors, canines, and post-canines. The specific name honors Brazilian paleontologist Cesar Schultz.

The holotype specimen is made of a partial skull with well-preserved teeth, as well as a poorly preserved skeleton. The specimen was found resting on the leg of another much larger stem mammal, the dicynodont Dinodontosaurus, a portly two-tusked beaked herbivore. The authors suggest that this particular specimen may have been scavenging the Dinodontosaurus when it died, or was eating invertebrates that were scavenging the carcass. The second specimen is less well-preserved but does show almost identical dentition and shows further details of the lower teeth. Both skulls were about 6 cm (2.4 inches) in length, indicating an animal roughly the size of a squirrel.

Bonacynodon shows transitional features in two areas that helps bridge the gap between modern mammals and their less-mammalian ancestors. First, Bonacynodon's teeth show that it had differentiated tooth types, much like you, me, and all other mammals, and quite unlike our ancestors. Both specimens show four conical incisors, followed by a gap known as a diastema, then a large curved canine with serrations on the rear edge, and finally six post-canines. The post-canines are roughly shaped like oak leaves and preserve four large cusps, one at the front edge of each tooth, one at the apex, and two on the rear edge. The differentiated tooth types (incisors, canines, and post-canines) seen in Bonacynodon and other stem mammals has been conserved for tens of millions of years and is still seen in almost all living mammals.

Secondly, Bonacynodon preserves very reduced post-dentary bones in the lower jaw. In all modern mammals, the lower jaw is made up of a single bone on each side, the dentary or mandibular. In all other vertebrates the lower jaw is made up of the tooth-bearing dentary as well as several smaller bones (known as post-dentary bones) that make up the rear part of the jaw including the joint with the upper jaw. In the evolutionary history of stem mammals, there is a clear fossil transition that shows that the post-dentary bones reduced in size and the jaw joint moved forward to the dentary. Eventually, the bones associated with the former joint became co-opted and ended up as part of the inner ear. Of the three bones of the mammalian ear, the malleus, incus, and stapes (sometimes called hammer, anvil, and stirrup), the malleus and incus are the highly modified bones of the former jaw joint. Bonacynodon still retains post-dentary bones as part of its lower jaw, but they are highly reduced and rod-like and the jaw joint had already moved forward to the dentary as in modern mammals.

A second stem mammal, Santacruzgnathus abdalai, was also named in the same paper. This species is based on a small portion of lower jaw with a post-canine tooth. When first discovered the fragment was regarded as a juvenile of a previously known species, Probainognathus jenseni, but Martinelli and colleagues point out that Probainognathus specimens of the same size don't have their rearmost post-canines fully erupted as is seen in this specimen. The authors regard this as an indication that Santacruzgnathus was at or near adult size. Santacruzgnathus abdalai is named for the town of Santa Cruz do Sul and the Greek word gnathos meaning jaw. The species name honors Argentine paleontologist Fernando Abdala.

To help determine the placement of Bonacynodon on the mammal-lineage family tree, the authors performed a phylogenetic analysis of stem mammals from around the world. They also included several South American taxa that had previously not been included in phylogenetic analyses. They found that Bonacynodon was most closely related to the contemporaneous Probainognathus jenseni and was a member of the Probainognathidae. Santacruzgnathus was too fragmentary to include in the analysis, but the authors noted that it is similar to both Probainognathus as well as Prozostrodon which is known from slightly younger rocks in the same area of Brazil. Members of this part of the mammalian lineage are thought to have already evolved familiar mammalian traits like fleshy noses, fur, and whiskers. Unlike most modern mammals, Bonacynodon and Santacruzgnathus probably laid eggs.