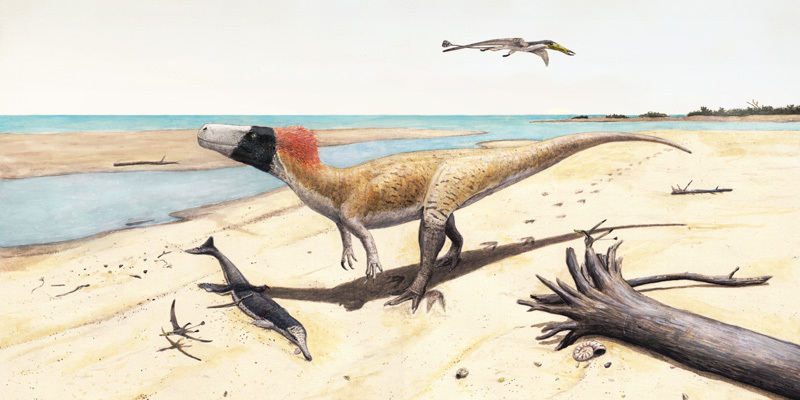 All Posts
Researchers in Germany formally described a new theropod found in Middle Jurassic deposits. The theropod, named Wiehenvenator albati (VEE-hen-VEN-uh-tor), was discovered almost 20 years ago in rocks of the Ornatenton Formation in the northwestern part of Germany near the town of Minden.

Since the discovery in 1998, the dinosaur was known informally as Das Monster von Minden, or the Monster of Minden. Wiehenvenator is named for the Wiehengebirge Hills and for its discoverer, Friedrich Albat.

Wiehenvenator is known from a partial skull including the upper tooth-bearing bones, and some bones surrounding the eye, as well as part of the lower jaw. In addition, several tail vertebrae, ribs, and partial leg bones are known. Although incompletely known, the bones that are preserved show that the skull was fairly long and low. When it was discovered, scientists had originally estimated that Wiehenvenator was one of the largest theropods known, perhaps 12 meters long. The current estimate of body length, while still quite large, has been downgraded to about 8 or 9 meters (26-30 ft).

Theropod dinosaurs are the bipedal carnivores of the Mesozoic and live on to the present day as birds. They are familiar to most readers as the group that includes giant predators like Tyrannosaurus and Giganotosaurus, the “raptors” like Deinonychus, unusual herbivores like Oviraptor and Therizinosaurus, and of course, birds. Wiehenvenator was a member of one of the earliest groups of widespread, large-sized theropods: the megalosaurids. Megalosaurids included the namesake Megalosaurus (the first dinosaur given a scientific name), as well as Torvosaurus, Eustreptospondylus, and Afrovenator. A phylogenetic analysis performed by the authors found that Wiehenvenator was most closely related to Torvosaurus from the Late Jurassic of the USA and Portugal even though it lived near to and at roughly the same time as Megalosaurus from the Middle Jurassic of England. 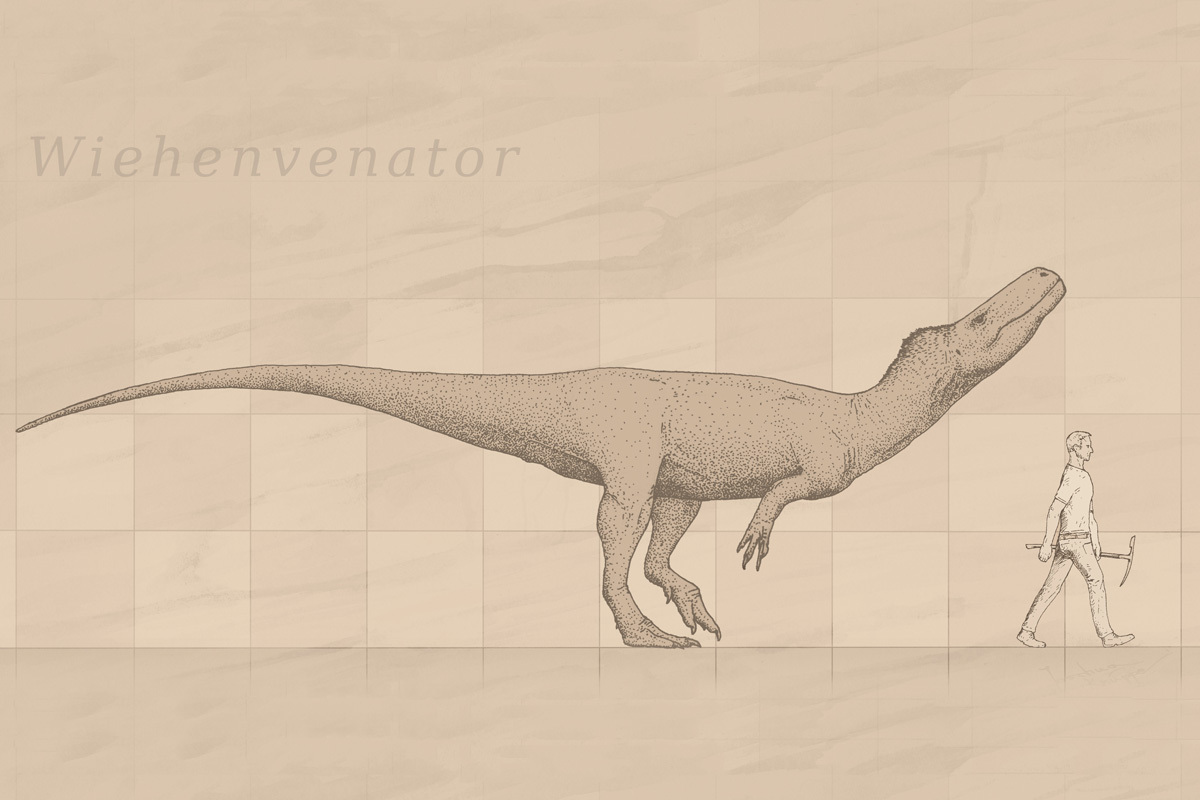 A chart showing the size of Wiehenvenator compared to a human.
Joschua Knüppe 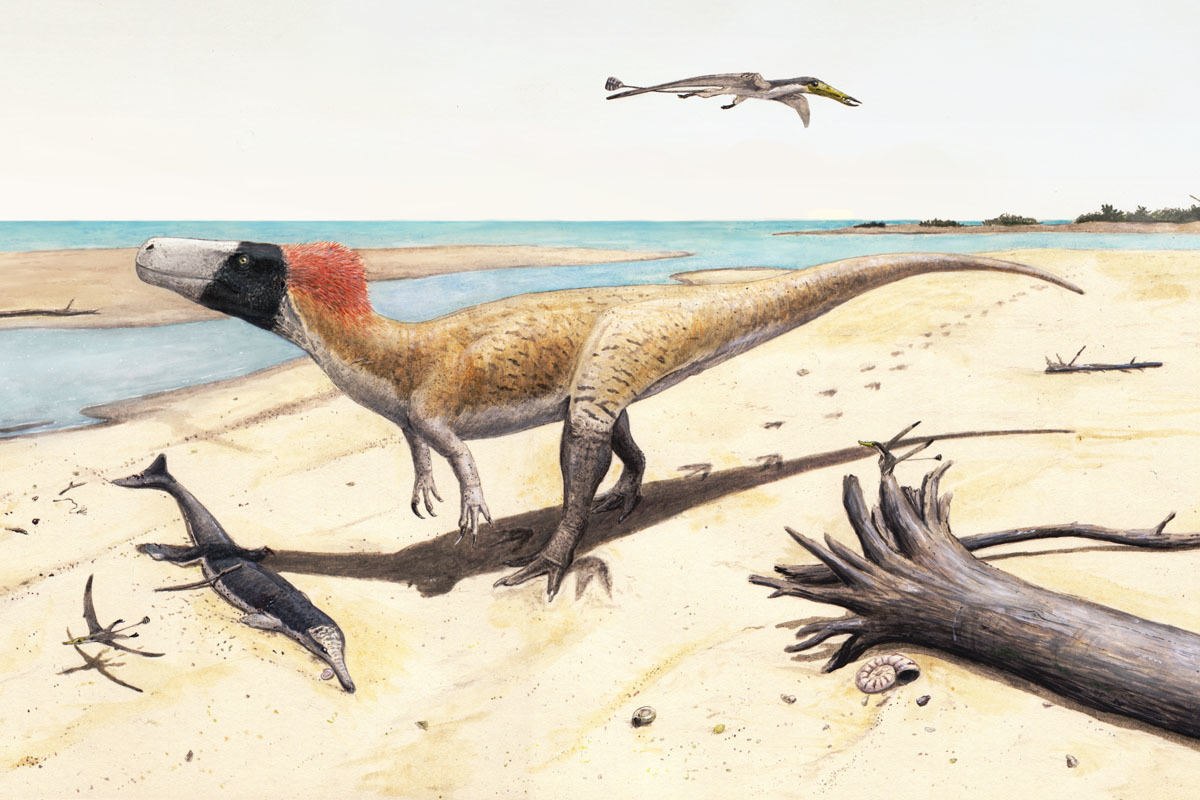 Artist's reconstruction of a Wiehenvenator in its natural environment.
Joschua Knüppe

The authors also found that among theropods, the megalosaurids were part of an explosive radiation of theropods at the beginning of the Middle Jurassic. Megalosauroids, a group including megalosaurids, piatnitzkysaurids, and spinosaurids, dominated the Middle Jurassic, making up more than half of all theropod species and about 70% of the large theropods. By the end of the Jurassic however, their numbers had diminished significantly and they were replaced by carnosaurs and coelurosaurs, with carnosaurs like Allosaurus taking over most of the large-bodied theropod roles. The authors do caution that this might be a result of sampling or preservational bias rather than a true reflection of an explosive radiation and near extinction of megalosaurids. For instance, Middle Jurassic rocks with large numbers of megalosaurids are largely present in Europe and Africa where Late Jurassic localities are rare. Likewise, Late Jurassic rocks dominated by carnosaurs are largely found in North America where Middle Jurassic localities are rare.