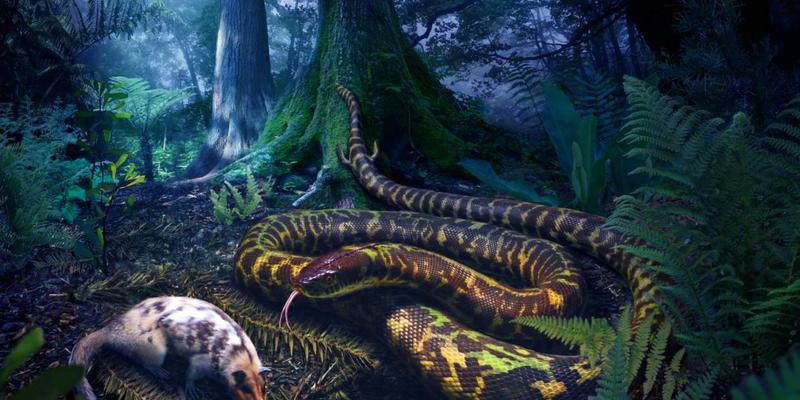 Where did snakes come from?

All Posts
A new study of lizards and snakes suggests that the iconic elongated body plan that snakes are famous for originated on land in the southern hemisphere approximately 128 million years ago.

Snakes are incredibly diverse and are found in many different habitats such as land, water, and even trees, but not very much is known about their evolutionary history. The lack of fossils of early snakes makes it difficult to analyze how they evolved. Many questions about snake evolution have been controversial in the past. Did snakes evolve on land or in the ocean? Were they fossorial, arboreal, or terrestrial in habit? Did they originated on the supercontinent Gondwana or Laurasia?

A study done by Allison Hsiang and her team hoped to shine some light on snake evolution by studying fossil and living snake specimens. The team analyzed genes, fossils, and overall anatomy of 73 species of snakes and lizards, both living and extinct, and generated the most comprehensive reconstruction of the lineage to date.

By comparing differences and similarities in traits of the specimens in the study, the team was able to pinpoint when a specific characteristic likely evolved. They found that the first snakes likely possessed tiny, vestigial hind limbs and lived in a warm, wet, forest ecosystem, such as a rainforest. Early snakes may have also been nocturnal, a trait which disappeared with decreasing nighttime temperatures and reappeared around 50 million years later with the evolution of the family Colubroidea, which contains 85% of all living snake species.

The view that snakes first evolved in the sea had become more common because the snake body plan seems to resemble those animals that are well adapted for aquatic life, such as an eel or lamprey. However, the team concluded that the first snakes were terrestrial in habit and evolved on the ancient supercontinent Laurasia around 128 million years ago which goes against the more commonly accepted hypothesis that snakes first evolved in the ocean.

Sources
ScienceDaily, What did the first snakes look like?
BMC Evolutionary Biology, The origin of snakes: revealing the ecology, behavior, and evolutionary history of early snakes using genomics, phenomics, and the fossil record