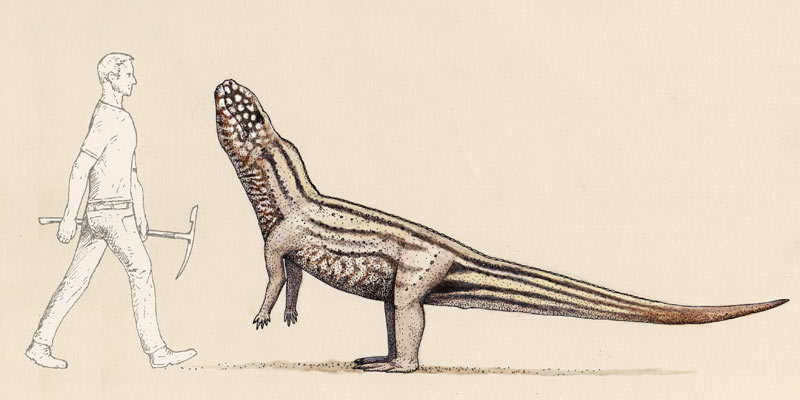 All Posts
Paleontologists announced the discovery of a species of rauisuchid from the Ghost Ranch locality in northern New Mexico in rocks from the Upper Triassic Chinle Formation.

The new species, called Vivaron haydeni, is known from disarticulated bones from the upper jaw, as well as isolated bones from other areas of the skull and the hips. The name Vivaron comes from the name of a mythical giant rattlesnake that is said to haunt Ghost Ranch, and haydeni honors John Hayden who discovered the quarry where these remains were found.

Rauisuchids are an extinct group of crocodile-line archosaurs known from Triassic rocks all over the world. They were predators that looked superficially crocodile-like in appearance. There are several anatomical differences with crocodiles that instead make them superficially dinosaur-like in some ways. Instead of the semi-sprawling hind-limbs of crocodilians, rauisuchids had fully erect hind-limbs. Additionally, their skulls were generally taller than they were wide, similar to many theropods like Allosaurus, and unlike living alligators and crocodiles which have skulls that are wide, but not tall. Vivaron haydeni differs from other rauisuchids in fine details of its anatomy, and seems to be most similar to Teratosaurus suevicus from Germany and Postosuchus kirkpatricki also from New Mexico. Although Vivaron is known from very few bones, those bones are similar in size to Postosuchus, so it was probably around the same size: 4 m (13 ft) in length and 250 kg (550 lbs) in mass.

Vivaron lived in an open forested environment that had many braided steams and flood plains as well as small lakes. It shared its environment with a number of other archosaurs phylogenetically close crocodiles. These include the rauisuchid Postosuchus, as well as various aetosaurus that were heavily armored herbivores, phytosaurs that were convergently crocodile-like, and crocodilomorphs that include crocodilians and their closest kin. The portly, beaked and tusked mammal relative Placerias was also present. There were very few dinosaurs present at Ghost Ranch, the slender theropod Coelophysis being the most common and well known. 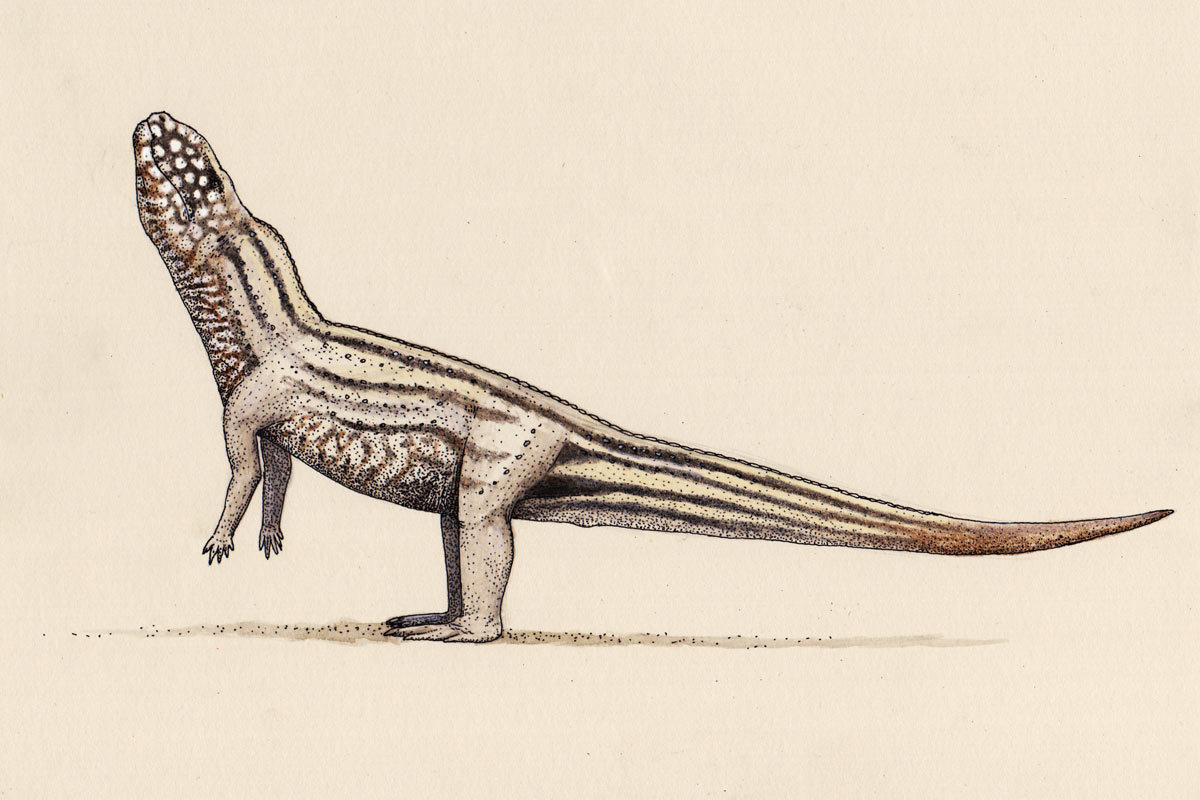 Dinosaurs were actually rare and insignificant during most of the Triassic. Following the Permo-Triassic extinction, the largest mass extinction in earth history, archosaurs replaced mammal ancestors as the dominant terrestrial vertebrates. Archosaurs include crocodiles, birds, and their ancestors. For most of the Triassic, it was the archosaurs closest to crocodiles that were dominant in most terrestrial ecosystems. The archosaurs more closesly related to birds, which include dinosaurs, were a relatively minor component. It wasn’t until another extinction, this time at the end of the Triassic that dinosaurs become the dominant terrestrial vertebrates. The end-Triassic extinction wiped out almost all of the crocodile-line archosaurs leaving just crocodilians and their closest kin as the sole-surviving crocodile-line archosaurs.