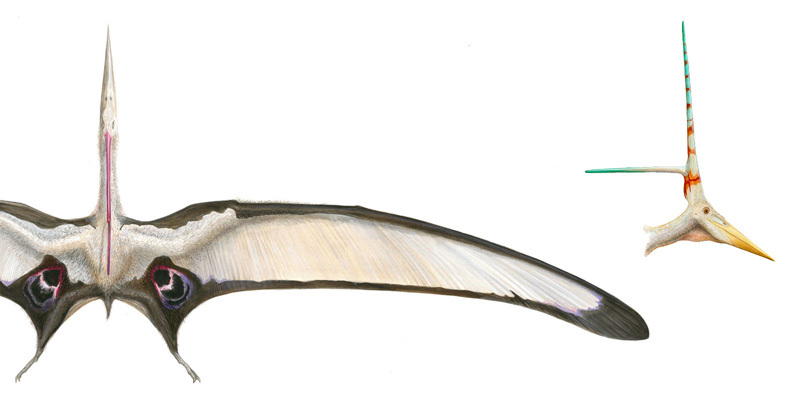 Nyctosaurus, the wild pterosaur with an "antler"

All Posts
Most flying reptiles are already bizarre. Nyctosaurus ups the ante with something approximating a huge deer antler on its head.

It all started with the Bone Wars, also known as the "Great Dinosaur Rush," of the late 1800s. Two rivals with huge egos went up against each other in an epic fossil hunt in the newly opened western half of the United States. In one corner was the bombastic Quaker Edward Drinker Cope of the Academy of Natural Sciences in Philadelphia. In the other corner was America's first appointed paleontologist Othniel Charles Marsh of the Yale Peabody Musuem in Connecticut.

Marsh was the first to find pterosaurs in North America, the flying reptiles that lived alongside the dinosaurs during the Mesozoic Era of geologic time. The very first discovery was the popular Pteranodon of the Niobrara Chalk of Nebraska. But Marsh also unknowingly found another pterosaur and mistook it initially for Pteranodon.

Marsh's fossil specimens weren't very complete, so the confusion was understandable. But later he reclassified his second discovery as Nyctosaurus, the pterosaur that later became recognized for its wild "antler". 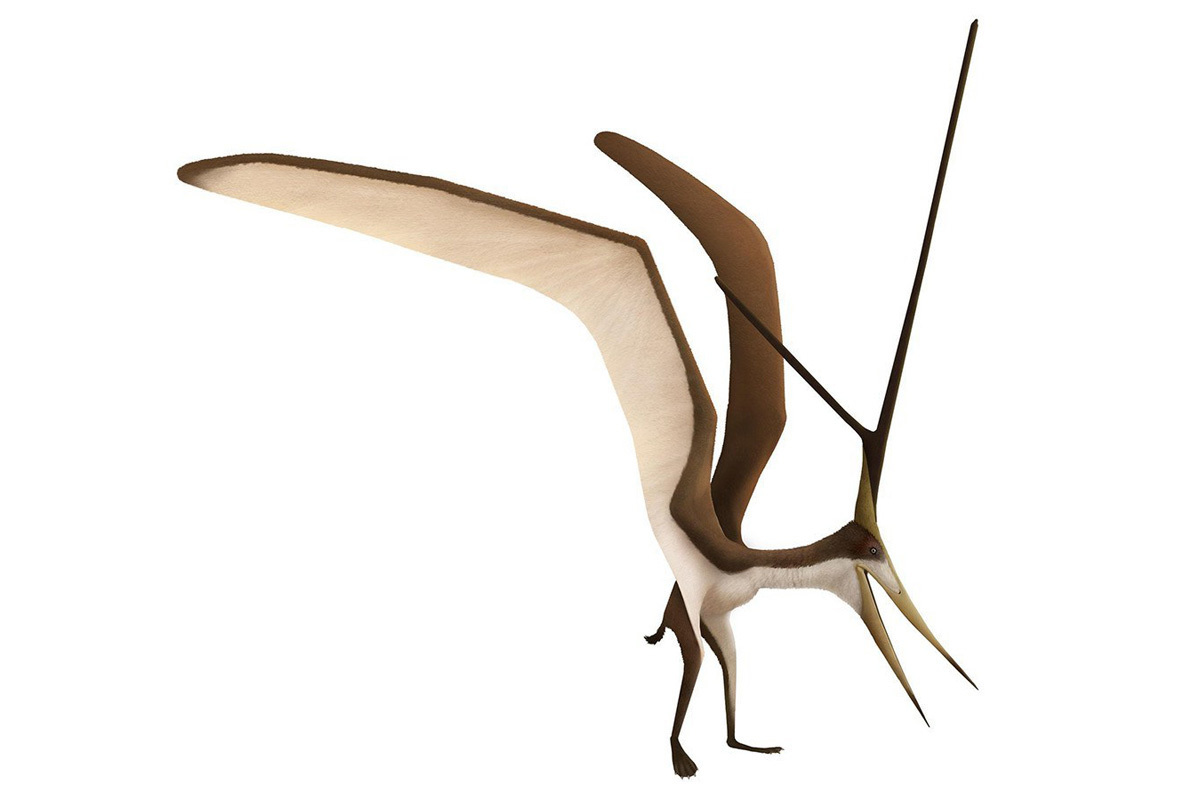 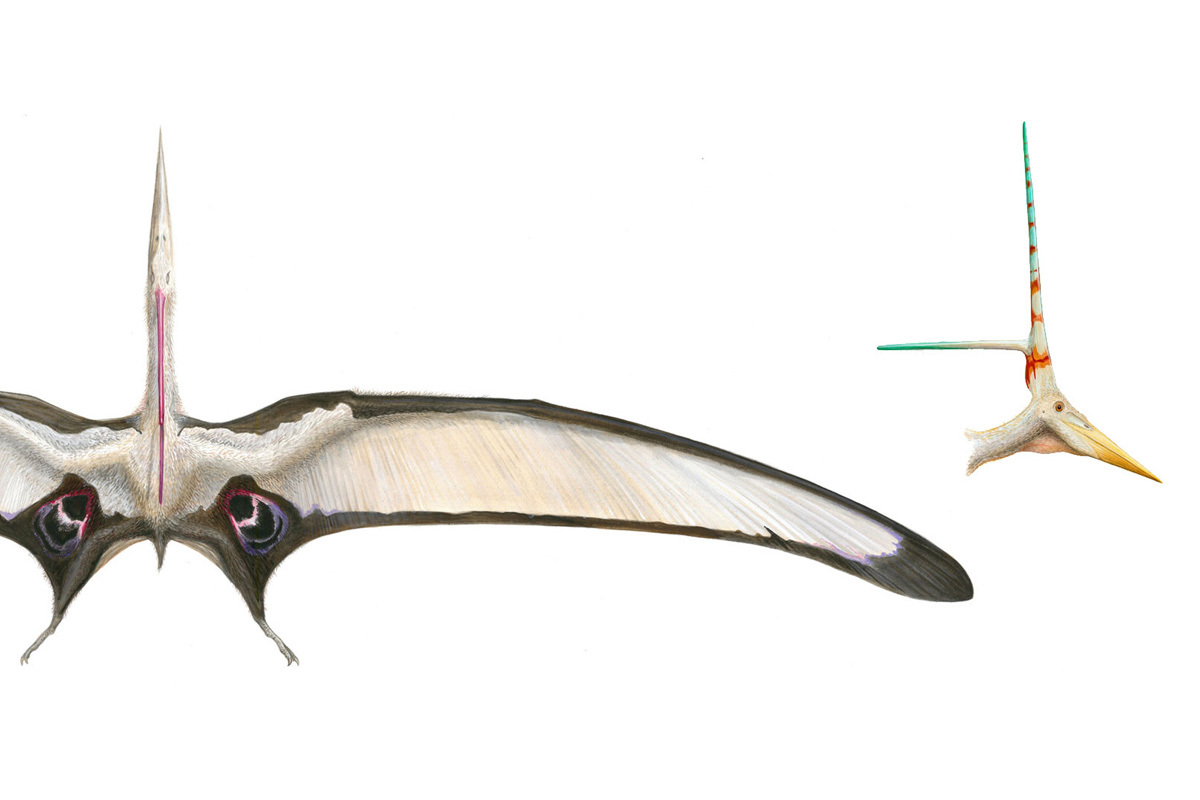 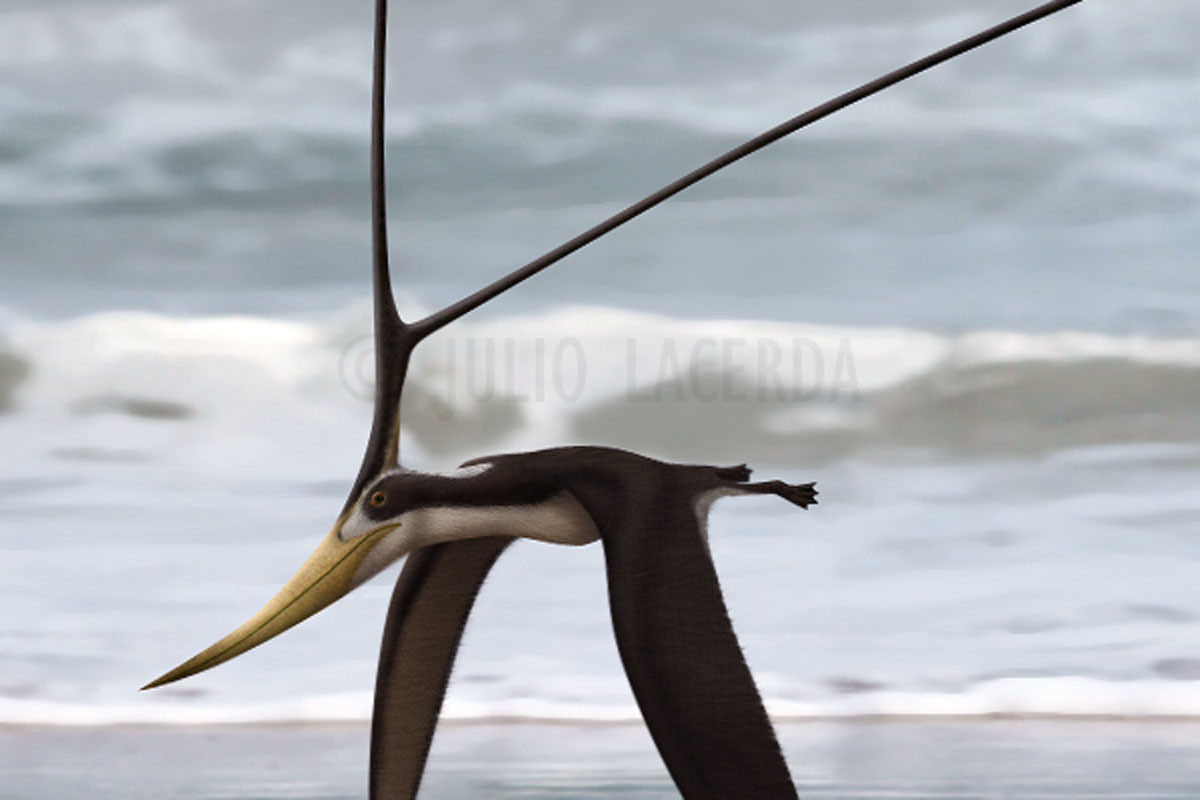 Those first fossils didn't have crazy crests. Nyctosaurus babies grew to adulthood in as little time as one year. It's thought that the head crest began growing after this point, and adults could live as long as 10 years or more. So these were youngsters.

There's some controversy over whether that bifurcated "antler" was just an "antler" or perhaps a sail with a flap of skin from top to bottom. When soft tissue is anchored to bone, the bone often displays tell-tale signs of this anchoring. Because Nyctosaurus has no signs of this, most experts agree that the pterosaur had no sail. It just had one messed-up piece of head gear.

The craziness doesn't end here though, especially if you really enjoy pterosaur nerdery. Pterosaurs are very much unlike bats and birds in their specialized flight anatomy. Bats have five really long fingers that are surrounded by the wing membrane. Birds have fused fingers in what looks like a really long single-digit limb with feathers overlapping and forming a layered trailing edge. Pterosaurs evolved a totally different kind of scaffolding. Their ring finger extended into an enormous digit to support their wing membrane, their pinky disappeared and their thumb, index finger and middle fingers stayed in a group on the leading edge of the wing.

OK, so now that I mentioned pterosaur wings, what's so freaky about Nyctosaurus? As if the "antler" weren't enough, Nyctosaurus is the only pterosaur to have lost the three little fingers on its wing. Yeah, if you are keeping track of your pterosaurs, that's pretty weird.