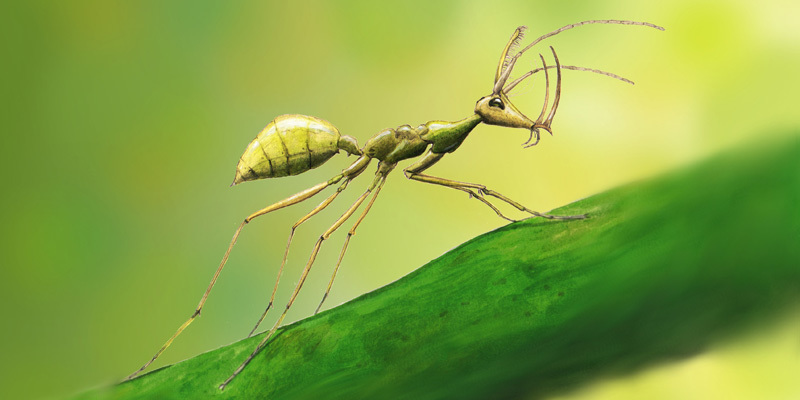 The trap-jaw unicorn ant of Cretaceous

All Posts
One trap-jaw ant from 99 million-year-old Burmese amber is found with an elaborate head structure, specialized to trap oversized prey.

Back during the Cretaceous, ants and the entire order of Hymenoptera were in bloom, experimenting with various shapes and lifestyles. With its oversized scythe-like mandibles and horn, the aptly named Ceratomyrmex (horned ant) represents one of the visually captivating species in the early evolutionary experiment of the ant family.

While the exact function of these structures is not known, the underside of the horn is covered in bristles, suggesting that it likely acted as a sensory appendage to detect potential prey from a distance before striking with its crushing jaws. The unusually large size of its jaws, however, led scientists to assume that the species probably evolved to specialize in trapping oversized prey.

The four specimens found inside amber in Myanmar also suggest that the ants were probably solitary hunters, highlighting the diversity of early ants in the Cretaceous. 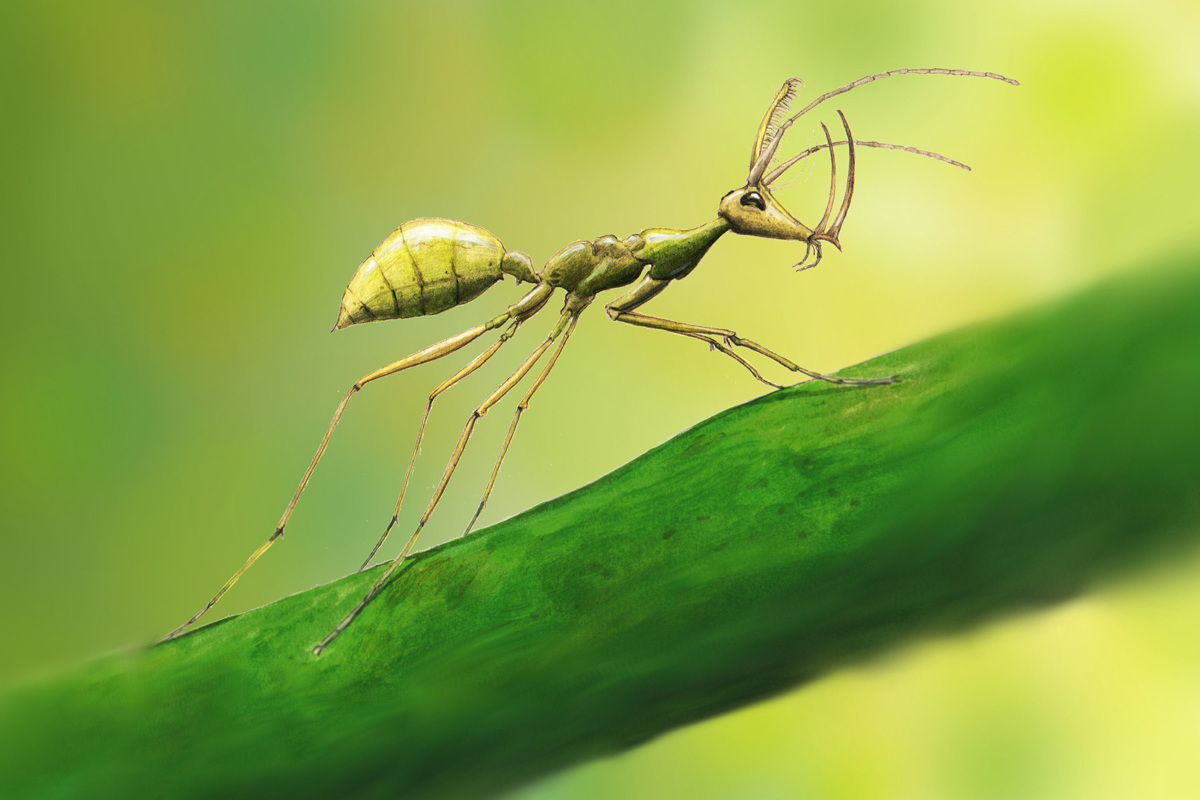 
Related Stories
Prehistoric version of a marmot shared Madagascar with dinosaurs
South Korea's first complete small dinosaur skeleton
The two waves of reef fish evolution
The flying reptile of Transylvania
Kosmoceratops was the frilliest of all the ceratopsians
//sulc.us/kt3kv
/articles/the-trap-jaw-unicorn-ant-of-cretaceous/