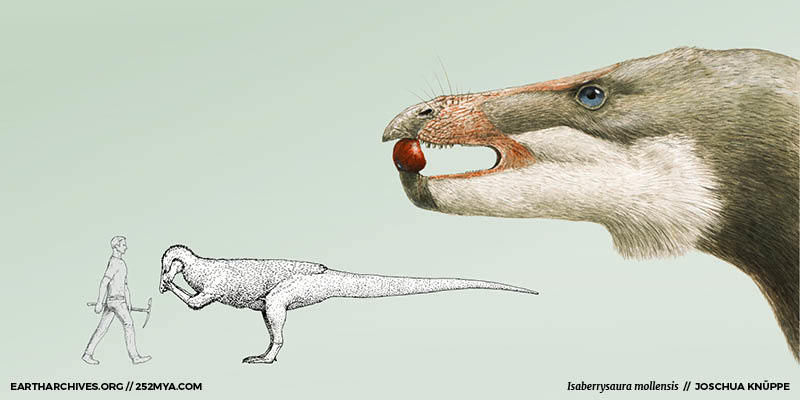 The Stegosaur lookalike and its last supper

All Posts
One dinosaur discovered in Argentina was found with a gut full of toxic seeds. This discovery offers researchers an insight on how dinosaurs and plants depended on each other for survival.

In 2009, a dinosaur was excavated after a woman named Isabel Berry reported her discovery in the Los Molles Formation, Argentina, to a local museum. To honor its discoverer, the researchers gave it a fitting name: Isaberrysaura mollensis.

With an estimated total length of 5-6 meters (16-19 ft), Isaberrysaura was about four times larger than its close relatives at the time. One of its most notable features, however, is not the size of its body, but what’s inside it. Within the gut of this dinosaur, the researchers discovered a clump of fossilized seeds belonging to the group of plants called cycads.

Every known cycad still alive today contains a high level of toxic compounds, including in their seeds. The flesh of its seeds, however, is edible, but only large-bodied creatures like Isaberrysaura could have tolerated its toxicity. It is also possible that the animal’s gut produced enzymes to neutralize this toxin, so it could have reaped all the nutritional benefits without getting sick. 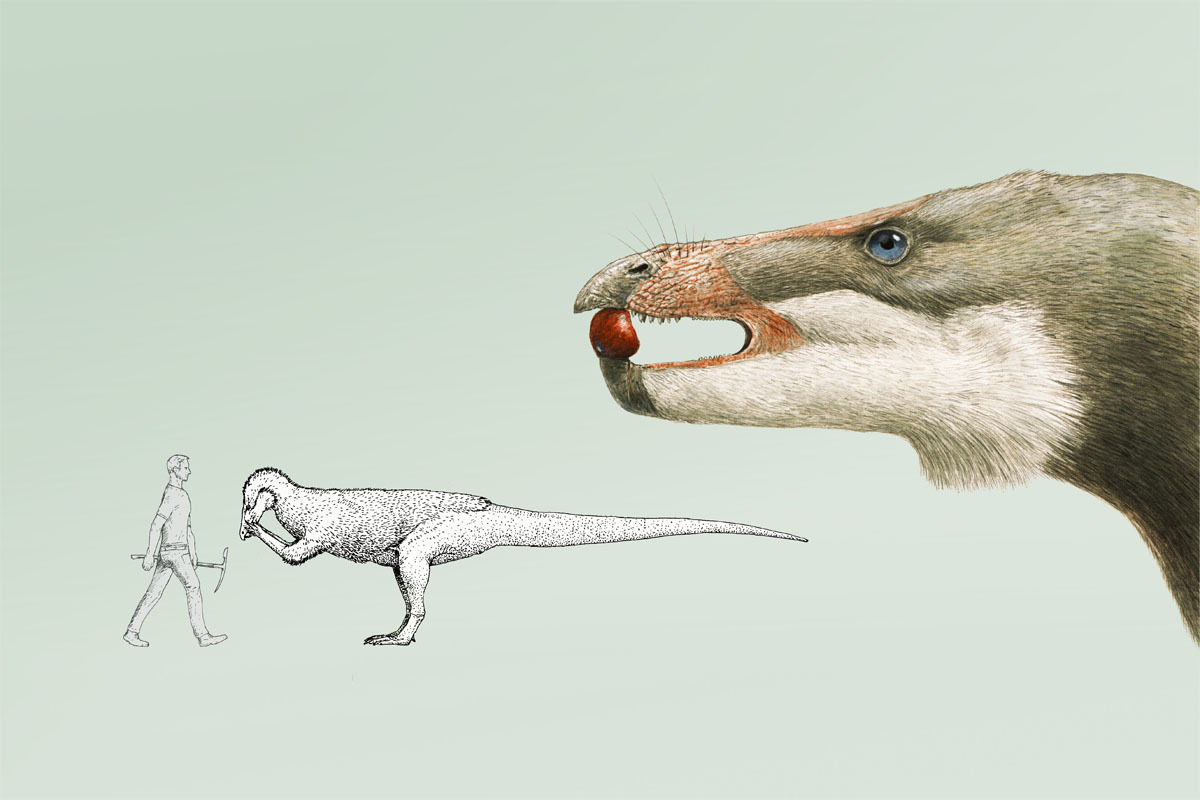 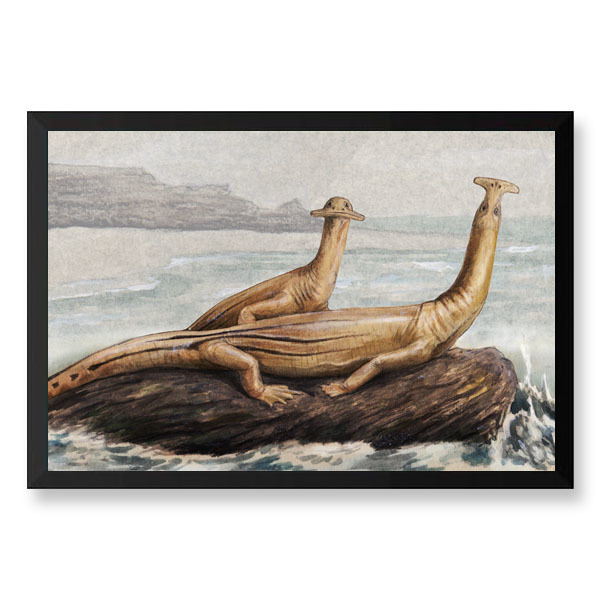 Get Joschua Knüppe's artwork as a print or merchandise from 252MYA.com

This kind of information, when pieced together from one fossil to another, gives researchers a better insight on how the ancient ecosystem of South America could have looked. However, Isaberrysaura’s story does not end here yet. The peculiar anatomy of its skull may tell a different story on how its family evolved and diversified throughout their 165 million year reign.

Since the discovery of Iguanodon in late 19th century, researchers all over the world have unearthed countless specimens of the “bird-hipped” group of dinosaurs called Ornithischia. This group, in which Isaberrysaura belongs, is known for its iconic members such as Triceratops and Stegosaurus. They existed for about 165 million years and conquered the planet from Alaska to Australia.

Strangely, this group has been largely absent from Jurassic fossil sites all over South America. Considering their scarcity, every ornithischian found in the region can reveal a lot about this group.

At the first glance, researchers noted that Isaberrysaura's skull bears a striking resemblance to Stegosaurus and its relatives. Only when they analyzed its minute features and other parts of its body, they started to consider the possibility that Isaberrysaura was a primitive member of the ornithischian subgroup called Neornithischia instead.

The better-known members of Neornithischia are the two-legged duckbill dinosaurs; the frilled, horned dinosaurs like Triceratops; and the bone-headed pachycephalosaurs. In a strange twist of events, there's a chance that this Stegosaurus lookalike was not Stegosaurus’ close relative after all.

At the time of writing, the researchers haven’t finished preparing and analyzing the fossil. By having a more careful look into the rest of its body and searching for new specimens, they can decipher a more elaborate story about the animal. Its skull resemblance could merely be a coincidence, driven by evolution to feed on the same plant as the Stegosaurs. Or maybe it truly was Stegosaurus’s lost cousin after all, one that evolved peculiar body traits never seen before in the family tree.

As the researchers get to know this fossil better, they'll refine their ideas and unveil the true story of Isaberrysaura.